BTS (Bangtan Sonyeondan) is currently one of the biggest bands in perhaps the whole world right now. They have recently finished their Europe leg of their sold-out stadium world tour of Love Yourself: Speak Yourself and are currently back home in south Korea.

Often termed as the ‘Beatles’ of this generation, the band recently also had a historic performance at the prestigious Wembley Stadium in London.

However, a certain news report, pertaining to a rule in their military, has spread some concern among the fanbase called ARMY.

The report talked about how with BTS’s oldest member Jin and Suga reaching the ages of 25-27, a particular rule created by the Military Manpower Administration (MMA) could affect their future activities overseas.

This created some scare among the ARMYs, especially the international ones who couldn’t really understand what this means and if it is something bad for BTS.

Allow me to explain what the rule by MMA is and what it means.

In August of 2018, there were certain changes made in the mandatory military enlistment in South Korea.

As per sources, since 1957 South Korea has had mandatory military service for all males between the ages of 18 to 30.

All males thus had to serve about 21 months in the Korean military, since they are still at war with North Korea.

Korean males could delay their enlistment till they were 30 years of age before 2018, however, the rule was changed last year, reducing that to 28.

From 1st August, all Korean men had to enlist by the time they reached 28 and can no longer delay on grounds of attending a graduate school or their sibling being in the military.

Another rule that was introduced was limitations on international travel for men between the age of 25-27.

What this means, as reported by SBS, is that a Korean male would now only be permitted about 5 international trips, with each being a maximum of 6 months for about 2 years.

This rule was, according to sources, a move by the MMA to prevent overseas travel being used wrongly in order to delay military service. It has been reported that they plan on improving this short-term overseas travel system.

This Twitter user has also translated and explained what the article is saying.

okay, i got a rundown of the article. it’s talking about the law that was placed last year and how it restricts travel for men over the age of 25, so it’s basically pushing for there to be flexibility for bts because of their economic impact on korea 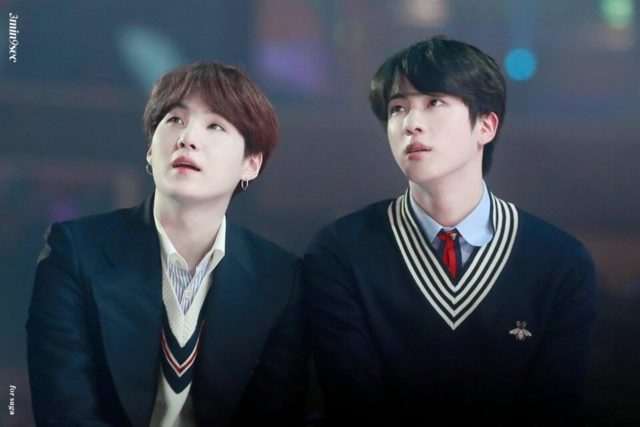 Read More: How South Korea Is Exporting Its Culture Globally Through BTS To Emerge As A Powerful Nation

How It Affects BTS?

Let me clarify that it won’t be affecting BTS immediately and there is no need to panic or get terrified by the report.

The report actually seems to be asking that the overseas travel limitations be made for flexible for such groups who are promoting the country abroad and helping with the economy of the country.

South Korea is right now relaying heavily on the export of their soft power, that includes their skincare and makeup, K-dramas, K-pop and overall Korean culture.

BTS are valued at perhaps more than US$3.6 billion to South Korea’s economy annually the Hyundai Research Institute said in a study.

Just the tourism aspect alone has increased in the country with about 1 in every 13 foreign tourists visiting the country due to BTS in 2017. The total coming to an approximate 800,000 such tourists, which constitutes a bit more than 7% of the total visitors to South Korea.

For BTS these rules could affect them in some time though since the oldest member Jin who is a 1992 liner will reach the age of 27 this year and the second oldest Suga, a 1993 liner would be 26 years old.

While it might not be something that is affecting them at the very present moment, fans need to be prepared for some changes to come soon.

The new rules by the MMA could make BTS’s international tours and trips difficult.

The group might have to limit their overseas activities, and pick and choose trips carefully so that they don’t waste their limited number of permissions.

It could also result in BTS spending more time travelling abroad so as to make the most of one trip itself without having to leave and return to South Korea repeatedly.

The members had already in April in an interview with CBS Sunday Morning Interview talked about they were ready for the military enlistment and had no plans to not serve their duty.

Although, as fans, it would be best to await any official communication from Big Hit, the company managing BTS before jumping to any conclusions.