“Did you ever go to Pride?”

I once asked my classmate when I was seventeen years old, who had returned to New Delhi after a four year-stay in New York.

“Yes,” she said, and described to me the blocks and blocks of rainbow flags, of the music and dance, of the gay couples with body paint, kissing, and of the ones gently holding hands and carrying toddlers on their shoulders. Of the openness, of the honesty, of the freedom.

And in that moment, I was certain I’d have to fly halfway across the globe to ever experience it. 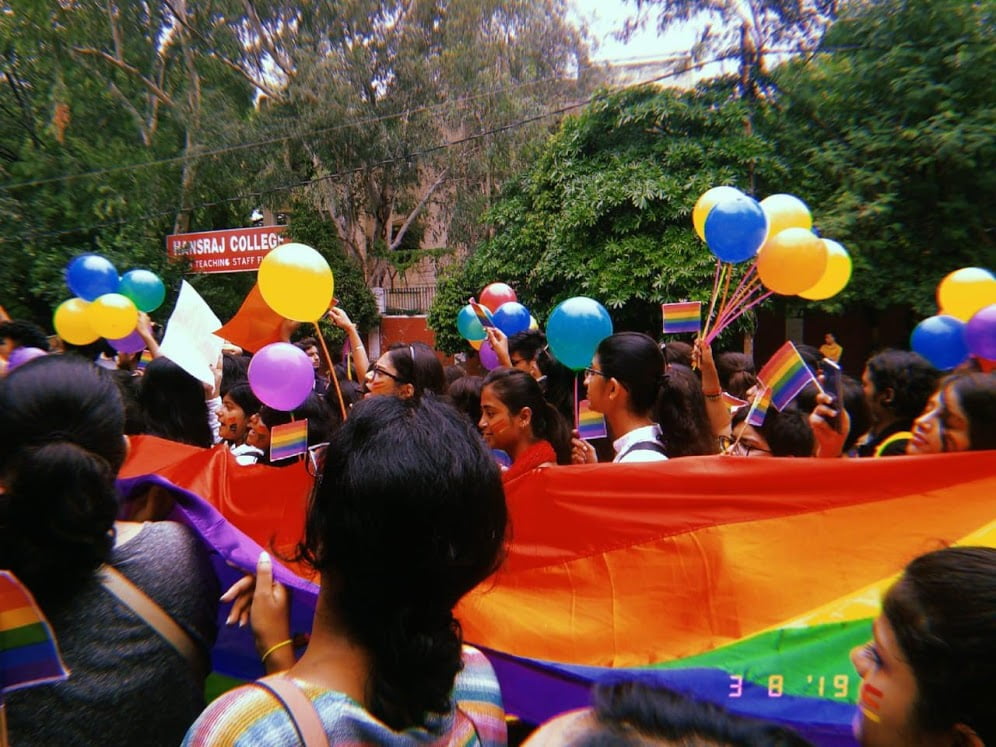 On 3rd August, 2019, project CLAP, organised a Pride parade from the Hansraj hostel to the Delhi University’s Vice Chancellor’s office. It was neither the biggest nor the earliest Pride in New Delhi, but it was my first.

A muggy noon, the summer somewhat tamed by the morning rains. We were in line to get our face painted with rainbows half an hour before the allotted time.

And not a minute early, because there were dozens of cheeks and arms waiting patiently for the colours of Pride. Music blared. Freddie Mercury, of course.

I am bisexual, attracted to both men and women and everyone that falls in between. That’s why our flag is pink and blue with a stripe of purple smack dab in the middle.

For me, it’s always been just another part of me. There was no midnight epiphany, no dawning realisation. Six year old me could have said during class introductions: I am a girl, I have brown hair, I like prince Ali AND princess Jasmine. 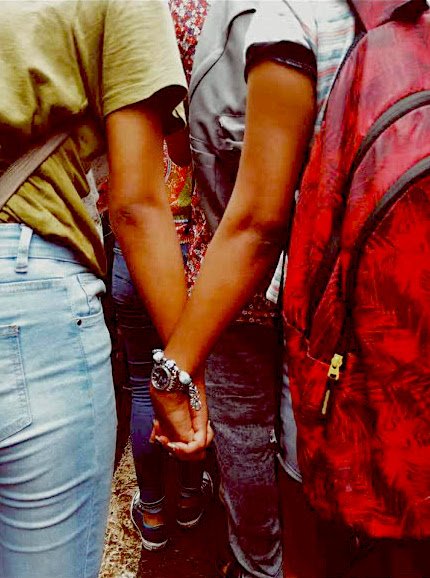 But six year old me could have also said: I am a liar. I am a bad person. We once studied ‘Nehru’s Letters to Indira’ in school. It was a value education class, the tenets of life put into a convenient one liner after every five or six pages.

The takeaway from that chapter was, “you will know you are doing something immoral when you have to hide it.”

Was I immoral, then, just for existing?

And the answer, of course, is an emphatic ‘no.’

From Stonewall—the first pride, famously a riot—to the historic 377 ruling, it is always, “NO.” Which is why it’s Pride, because the world wants us to be ashamed. It is described as a parade, which sounds less political than march. But when your oppressors demand silence and misery, joy is resistance.

The simple act of being proud is revolutionary. 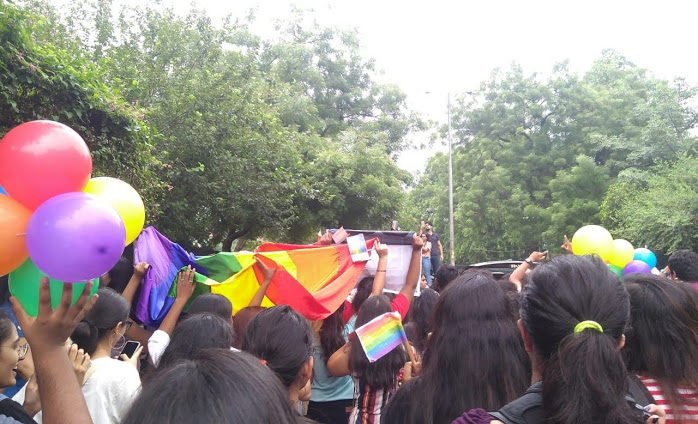 And the Hansraj Pride was just that. A parade, a celebration, distilled joy. Resistance. Revolutionary. My sexuality and its secrecy have always gone hand in hand. But on the 3rd of August, it were my friends who accompanied me. It were my classmates who shouted slogans louder than I did, and started chants that spread like fire. A complete stranger who painted a rainbow on my face. 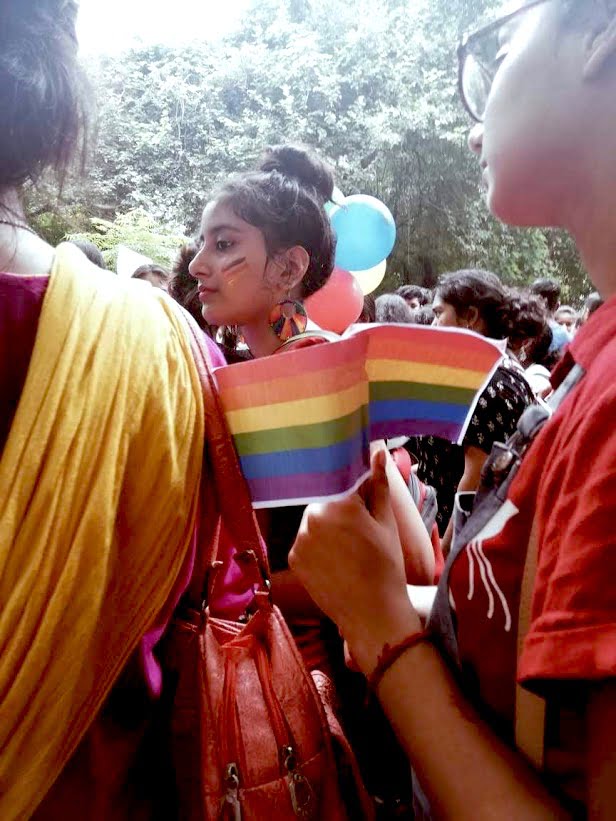 Another stranger who gave free hugs and hand her hair braided in all the colours of the rainbow. 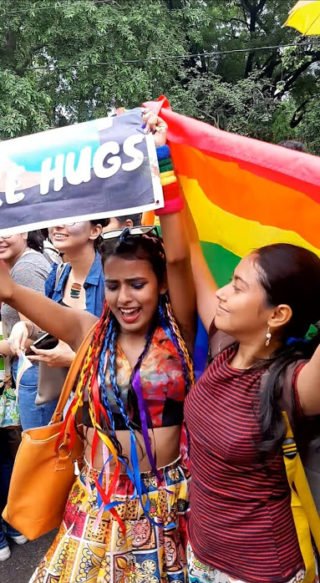 I asked how long the hair took. “Hours,” she said.

Strangers, carrying my favourite memes as posters. People, who became my people, with a single glance.

My sexuality and its secrecy have always gone hand in hand, but maybe they don’t have to. Maybe I don’t need to be overseas to be myself. Maybe freedom lies in the city I grew up in. 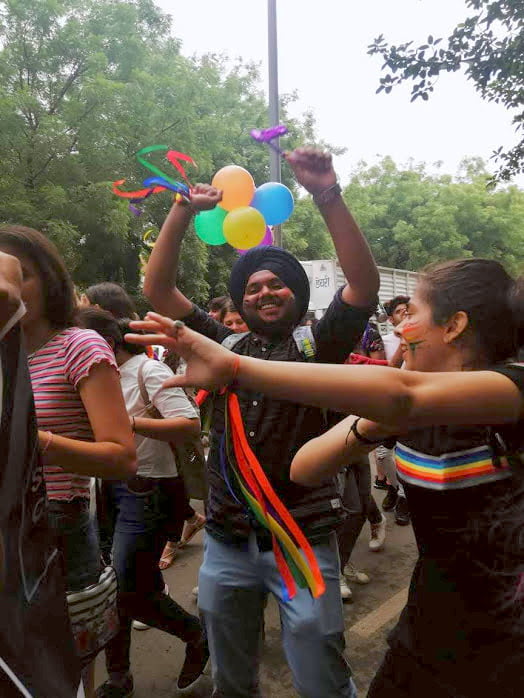 That is not to say it was all roses. I still rubbed off the paint on my face before I boarded the metro, and when one of the police officers asked me exactly what the whole thing was about, I quickly walked away rather than explaining what gay Pride is.

I am painfully aware that this article is anonymous. But it was a start. And it was miles ahead of seventeen year old me, wistfully listening to my classmate go on about Pride, so sure I’d never feel that way at home.