Harry Potter, The Lord of the Rings, The Hunger Games, A Game of Thrones and more are beloved pieces of fantasy literature.

There are plenty of works for the millions of fantasy loving bibliophiles out there as their form of escapism, the mere idea of ‘being able to break free from the physical constraints of the world’, and a sweet solace from their rather monotonous life.

Apart from the books themselves, there are countless fanfictions, alternate universes, and headcanons for the readers to go to after they have completed a particular series and feel like it is the end of the world as they know it. Being an ardent reader and having been exposed to the Harry Potter fandom very recently (please stop with the gasps of shock already), I was looking for the perception of the fans in the UK (J.K. Rowling’s home country, where, I believe it should be illegal to not love the HP series).

It was then that I stumbled across some articles which claimed that some religious parents found Harry Potter to be ‘a work of the devil’, promoting and glamourising witchcraft in the eyes of children, to the extent that there is a Wikipedia page dedicated to it!

Upon further research, I found out that the Harry Potter series is not the only fantasy novel which has faced religious and ethical controversies; the million-dollar question being, should children be reading fantasy?

Reading is more than just a ‘good habit’, it is something you can rely on when everything else fails.

It is the sure shot way of acquiring knowledge, learning about new things, and satisfying the little child in you that brims with curiosity at the sight of something even remotely unknown to you. 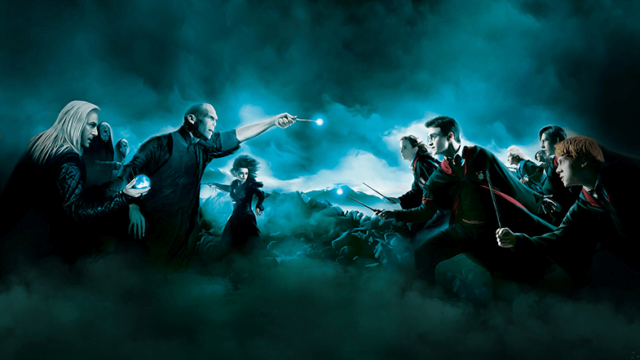 If you have, at any point in your life, even attempted to prepare for a competitive exam, you might have heard everyone around you (being the pros they are at everything under the sun) rant about the importance of reading non-fiction, newspapers, magazines, and journals. But why read fiction? And why fantasy, in particular?

Fantasy, as we know it, encourages us to consider the ‘what ifs’. It has been a part of every society since time immemorial.

I was very fortunate to have been raised in a family where reading was always encouraged. I started reading at a very young age, even though I only read comics and fairy tales back then and moved to novels much later.

However, the stories that I read have stayed with me in one way or another, as I can, and always will be able to go back to my books, even when I am sick and tired of the world around me.

For children, it is essential to understand the difference between loneliness and being alone early in life.

They need to spend time with their books, reading and having their own perception of the world, which gives them the confidence later in life to become self-sufficient and independent adults, both mentally and emotionally. Imagine having a restless and curious 8-year-old in front of you whom you have to talk to about good and evil, truth and lies, power and its exploitation.

Almost all of us will agree that it is easier to grab the attention of a child with a story to keep them hooked and wondering what happens next. And there is no better way to teach them about the world than a tale of good and bad.

Confronting reality with fantasy has always, and will always be used for more than just escapism. This post by Emily Asher-Perrin a writer on the website Tor explains it perfectly.

“While J.K. Rowling’s seven-book saga was created for all generations to enjoy, there was something about growing up with the series that will forever define my generation.

We are a group of people who believe in the impossible, in the power of love’s ability to protect and create, in silly things like jelly beans that taste like dirt and earwax, in bravery wrought through friendship and the need for a few basic spells to ease our way through daily life. (What? Chocolate and tea are homemade spells of a sort.)

I can’t say whether Harry gave this to us, but I know that he was a part of it all, a uniting factor that allowed children and teens all over the world to lock eyes, smile and know that we weren’t so different after all”. What harm, indeed, could come from a creative child? Reading helps an individual to learn and unlearn easily, for they know that there is more to be learnt than one can in a lifetime.

Fantasy and science-fiction, apart from allowing children to be creative, help them become problem solvers with high emotional intelligence and a knack of imagination and innovation. When did these traits turn children into witches and wizards?

While you are at it, we thought you would like to read:

Villains Teach Us More Than Our Heroes: ED Tells You How