Caste is a defeated state of mind especially in the current day scenario; it rather converts to something way more tangible- language. Language eases our communication considerably, but how far is offensive language justified?

Caste and intermingled language are two deep-rooted issues in the Indian society. One’s language assigns a connotation to our caste leading to the offensive language we have. The politics of language is complex but necessary to understand the argument of cultural appropriation.

Caste was hereditary, it was a function in the society. A particular occupation was practiced by members of this particular caste. Connotations were then attached to these professions leading to the creation of the evil practice of untouchability.

The untouchables were the worst of the Shudras and this made them easy victims of discrimination and exploitation.

Through the process of Sanskritization, the lower castes who aimed at upward mobility also had to perform certain rituals (eg. Vegetarianism). Only after these performative rituals could they move up the social ladder.

But now sub-castes such as “Jati” and “Kula “ are making the process complex. Thus the lowest rungs of society always remained the same.

As humans of the 21st century, we generally lose track of something as basic as our language. Caste discrimination is not tangible or visible always. It is something which resides in that one cuss word or within the small nooks of our language.

We generally leave all this unnoticed but this is how our language normalises caste discrimination. 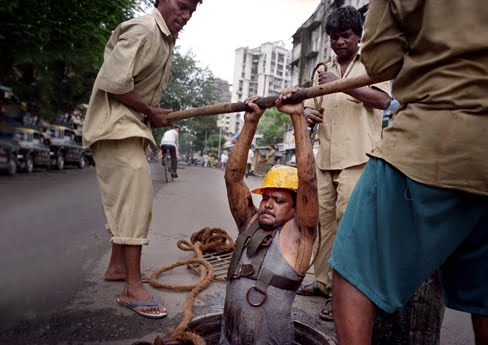 Also read: I, As A Young Marathi Guy, Experience Casual Caste Based Racism From People My Age Pretty Often To Ignore It

The Power of language

Bhangi or the Valmiki community is known to face severe caste-based violence throughout Indian history. The community was majorly responsible for cleaning up of toilets and human excreta. These communities can be found in Uttar Pradesh, Haryana, Punjab, Delhi and Chandigarh.

Chamar is a caste in northern India. Tanning leather is considered to be their hereditary occupation due to which they have to deal with dead animal skin and therefore they also fall under the bracket of “Harijan”.

Habshi means a community from Al-Habsh. It refers to black or sub-Saharan Africans and is used as an offensive term quite often. It is considered to be a racist comment.

Khatik is a community distributed in areas of UP, Bihar, Haryana and North India majorly. The primary occupation of Khatik community was butchering and slaughtering animals. The literacy level among them is very low hence rising against the social barriers also becomes tough. 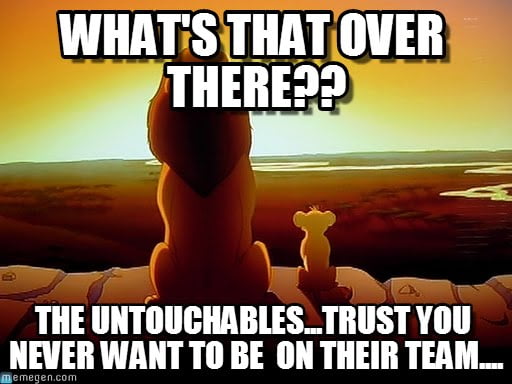 Our language does not spare even our professions.

Words like Kasai, Chandaal are all examples of one’s occupations, now cuss words.

These casteist slurs not only make the situation worse but makes us ignorant to the gory reality. Despite the growing awareness the stigma doesn’t seem to end. The knowledge is very limited and this gives rise to our ignorance.

The Supreme Court banned the usage of words like “Harijan” and “Dhobi” but are these measures enough? No matter how liberal we pretend to be, our conversations are casteist and language, offensive.

This makes one wonder.

Is caste only a state of mind?

P.S.: Kameeni, is equally offensive because of its origins.

Will You Be Embarrassed If Your Parents Had An Active Sexual Life?