The K-pop industry has always been met with stereotypes and skepticism from the world music industry and people around the globe.

K-pop is usually known for its bright colours, over the top music videos, unearthly beautiful people, unbelievably in-sync dance choreography and generally allowing the viewer to escape to a dreamland where everything is good and nice and cute.

However, the ugly truth about the industry has not been a secret from the audience at large. Slowly and steadily the hidden parts of the sector have been coming out in the open.

But this latest news of upcoming group The East Light truly puts any horror story from this sector to shame.

On 19th October, Lee Seok Cheol, the leader of upcoming K-pop group The East Light, held a shocking press conference where he came about the 4 years of abuse he and his brother had been enduring at the hands of the agency’s producer and CEO. 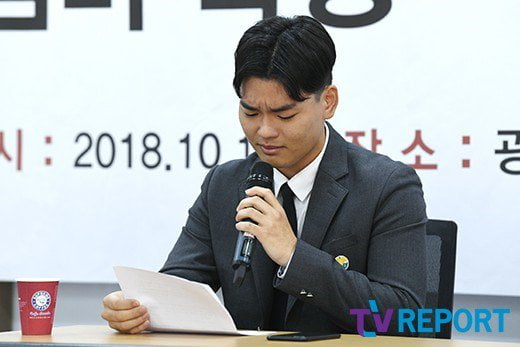 On October 18, 2018, some media reports leaked about some members of The East Light being abused both verbally and physically by producer ‘A’ and the CEO of Media Line Entertainment Kim Chang Hwan since almost 2015 till now.

It was after this reveal, that Lee Seok Cheol, along with his lawyer Jung Ji Seok, held a big press conference and not only admitted that the report was correct, but came clean with all the abuse that he and his brother had been enduring for almost a time span of 4 years.

The now 18-year-old Cheol, and must have been 13 or 14 years old at the time when the abuse began.

The abuse had been going on from before the debut of the group, and in the conference, Lee Seok Cheol said that, “As the leader of The East Light and as one of the K-pop artists who lead Korean culture, I could no longer tolerate the pain that our members were going through. We decided to hold a press conference in hopes of eliminating child abuse and violation of human rights in the K-pop industry.” 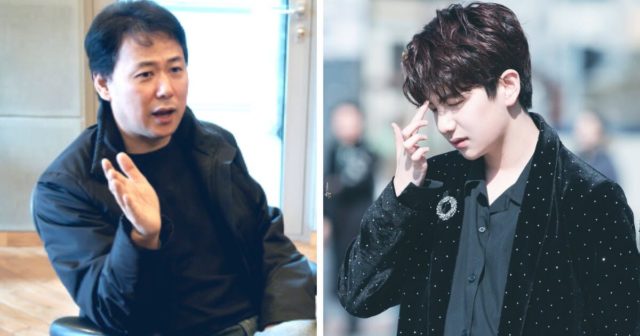 Read More: The Times Article On BTS Is Problematic, Factually Incorrect, And Condescending

What All Atrocities Occurred?

In the press conference, Cheol, leader and drummer of the band, stated that, “From 2015 to 2017, the producer repeatedly made us get on the floor as he hit our buttocks with baseball bats and iron bars in the practice room or in the recording studio. He even threatened to kill us if we ever told our parents.”

He also talked about the abuse that his brother, Lee Seung Hyun, another member in the group, had to go through. He revealed that, “My brother was locked in the recording studio and the producer hit his head, thighs, arms, and buttocks so many times. His head had bloody wounds and bruises. He’s been traumatized after all the threats and violence, and he is currently getting psychotherapy treatment.”

In the press conference, their lawyer also stated how the parents of the two boys were unaware of all the abuse happening. The boys were allegedly threatened with beatings and death too, if they told their parents about what was happening to them.

The lawer, Jung Ji Suk, stated that, “Lee Seung Hyun and Lee Seok Cheol’s parents did not know about this until the agency promised them that violence towards the members would never happen again. They did not know that the violence happened repeatedly. They only knew about one incident. They found out about the whole situation after they pleaded with their sons to tell them everything when Lee Seung Hyun got removed from the group.” 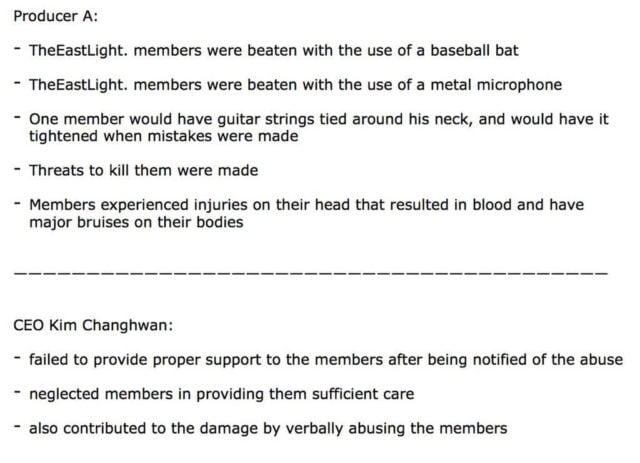 The younger brother, Hyun was made to leave the group and company after he came forward with complaints against the producer “A” to the agency and CEO.

JTBC, a media company, also came into possession of an audio clip that showed a very sinister side of the agency’s CEO. As per them, the recording says that, “Once you put things into my hands, you just have to leave it even if I beat you to death… Imagine making it to the news (with abuse) as a celebrity. You guys wouldn’t have anywhere to stand. And who would want to take the kids with issues? You shouldn’t blow things up. You shouldn’t. Your mom and dad will be in more pain. It’ll be 10 times more painful.”

As soon as the news broke out, the K-pop community especially the international one went into a frenzy, with the hashtag, #JusticeForTheEastLight trending for a whole day.

There is even a petition going around to bring justice to the members of the group and punishment for the wrongdoers in this case.

Currently, the petition sits at almost 167,840 agreements, and once it hits 200,000 agreements, the presidential office will have to respond directly to the matter.

For those who want to sign this petition for The East Light, here is a guide (if you cannot read Korean) #JusticeForTheEastLight #SUNS_StandWith_TEL https://t.co/U2fPxRWPtz

#JusticeForTheEastLight
I would like to bring your attention to the horrifying realities that lurk beneath the surface of the k-pop industry.

Here are the translations of what was reported in the Korean news media:

Though the CEO of Media Line Entertainment, did release a statement acknowledging the abuse, the disturbing thing to come out from this is that he had known of the abuse for almost an year and 4 months before The East Light’s leader came forward in such a public manner.

Even while admitting that the abuse was real, the CEO did deny any involvement on his part in his statement that read:

“This is Kim Chang Hwan, the CEO and general producer of The East Light’s agency Media Line Entertainment.

“Firstly, as the person who is responsible for Media Line Entertainment and The East Light, I am strongly aware of my faults and apologize profusely for what has arisen because I was unable to properly manage the staff.

“As I watched Lee Seok Cheol’s press conference, my heart ached as much as it did when I first found out a year and four months ago that the members had been victims of assault. However, as was stated yesterday, while working with many artists in the past 30 years of my career, I have never once instigated or abetted violence, and while there have been times where I’ve taught or cautioned the members, I state once again that I have never committed verbal abuse or assault.

“I humbly accept the criticism in regards to my mistakes and negligence, and I will try to dispel all doubts by approaching them with honesty. However, for the future of the remaining four members of The East Light, we will be making an active response in regards to acts of defamation committed through exaggerated false information.

“I apologize once again for causing concern through this controversy.”

Prior to this, the agency had also come out with a statement that was along the same lines as the CEO’s but it did add that, “Afterwards, we spoke with the members’ parents to resolve the situation, and we promised that such acts would never occur again.”

The statement also stated that, “There have been no such incidents since then” and that “The producer in question has taken full responsibility for his wrongful actions and has handed in his resignation, which we have accepted.”

This whole issue has definitely brought about a discussion on the rampant abuse and violence that happens in small companies that are yet to make a mark in the eyes of the media.

It also sheds light on how dangerous the K-pop industry remains and that there is a great need for transparency and better management of the people in charge.