The movie in talks these days is none other than the Vicky Kaushal starring ‘Uri: The Surgical Strike’. The 2016 near year-end reprisal surgical strike that this movie is based on has become 2019’s start of the year blockbuster hit.

It did not have an established superstar in the lead role and neither was it released in the holiday season, yet it did wonders at the box office.

The reviews have been great and the word of mouth is yet again doing its magic. Sadly this is not the only reason responsible for the buzz created around the movie.

Is Uri A Political Gimmick?

Ever since their independence, the bitterness between the two neighboring nations, India and Pakistan, has been reflected in the multiple wars fought and ceasefire violations that have occurred.

The Indian Army has fought many wars, and those wars have already inspired many Bollywood movies. What made this particular mission different? The answer is vengeance.

In September 2016, militants from Pakistan attacked the armless jawans of the Indian Army at, Uri, Jammu and Kashmir.

21 army personnel lost their lives and over 100 were left injured. In order to retaliate, the ruling government of PM Modi planned a surgical strike on the Pakistani terrorists which ended in success for the Indian Army.

However, the release of this movie right before the 2019 general elections has been called a ‘BJP Propaganda’ by the members of the Congress party and many others.

The initiative of Prime Minister Modi has been highlighted and along with that, the BJP is shown as an organized and decisive party. 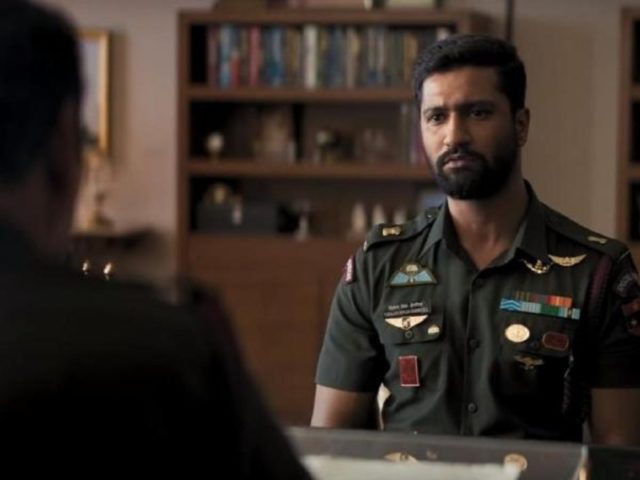 Related: If The Avengers Were Real, These Would Be Their Political Ideologies

On the contrary, in the recently released movie – The Accidental Prime Minister – Congress Party’s president, Rahul Gandhi, has been shown to be lost and clueless. Actor turned BJP MP Paresh Rawal is seen in both of the movies and will star in the upcoming biopic of Narendra Modi too.

The official BJP Twitter handle also shared the trailer of ‘The Accidental Prime Minister’ showing their support to a movie which ‘downplays’  their opposition, the Congress party.

BJP is getting free publicity for the upcoming general elections with the help of Uri: The Surgical Strike.

The director of the movie Aditya Dhar and lead Vicky Kaushal have completely denied any political agenda behind the movie. Dhar said that the producers decided the date long ago.

11th of January was the perfect date according to them, considering that the 15th of January is celebrated as the Army Day. Followed by the celebrations of Republic Day done on 26th of January.

The air of patriotism would be spread everywhere because of those two days and hence a movie displaying the heroism of the Indian Army would surely resonate with the emotions of the Indian public and the Army.

The movie is also said to have spread jingoism in cities like Uttar Pradesh where posters with PM’s visage were seen and had ‘Hum tumhe marenge,aur zaroor marenge’ (we will kill you and will surely kill you) written on them.

The movie has surely generated a lot of buzz and has been getting attention from all the directions but we should be focusing on minimizing the killings of Indian Soldiers by ambush and foul play.

In 2017, about 83 soldiers were killed and in the following year of 2018, there were over 75 deaths of soldiers reported.

We surely are moving ahead but are we doing it at the right pace?

In Pics: If You’re Running Out Of Netflix Subscription, Watch These Web Series On Youtube For Free