The world’s tallest statue is now in India with the unveiling of the Sardar Vallabhbhai Patel’s ‘Statue of Unity.’

PM Narendra Modi revealed the finished statue today in a grand ceremony wherein Indian Air Force jets flew over the statue, fireworks in the national flag colours of orange, white and green, and helicopters rained down flowers on the figure built as a tribute to the ‘Iron Man of India’ Sardar Vallabhbhai Patel.

The statue was revealed to the nation on the 143rd anniversary of the freedom icon and officially marks it as the tallest statue in the world standing at an impressive 597 feet or 182 meters.

The statue is located on a river island called the Sadhu Bet near the Rajpipla area of Gujarat and is about 3.2 kilometers downstream from the Sardar Sarovar Dam on the Narmada river.

The foundation stone to the statue was laid down in 2013 on the 138th birth anniversary of Vallabhbhai Patel by Narendra Modi who was then Gujarat’s Chief Minister.

But what exactly do we know about the world’s tallest statue?

Here we take a look at some of the most amazing and mind-blowing facts about the Statue of Unity: 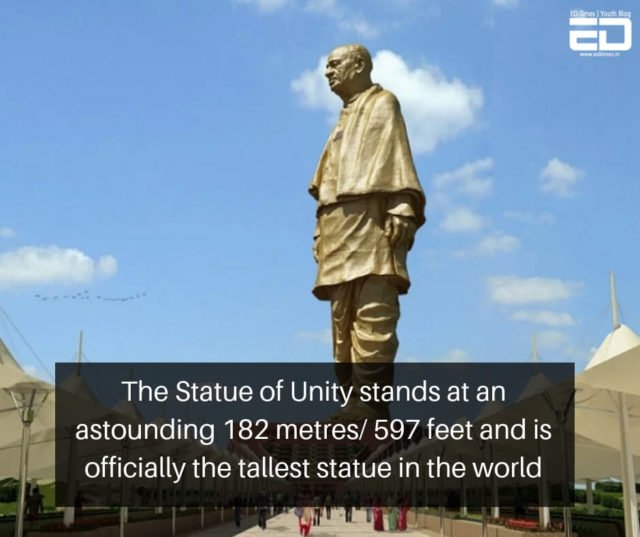 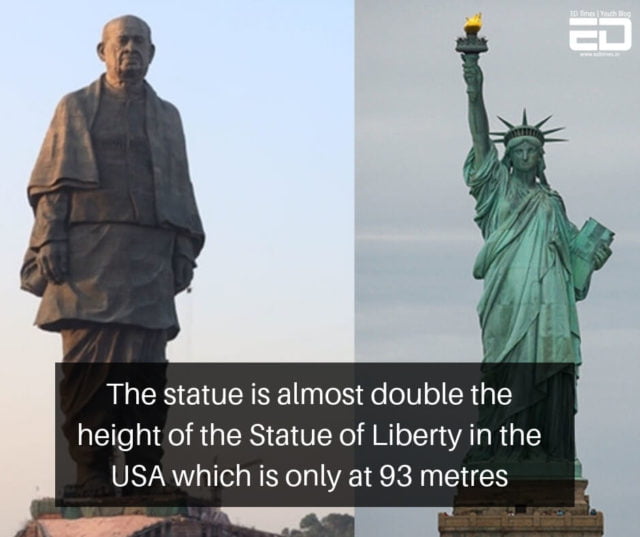 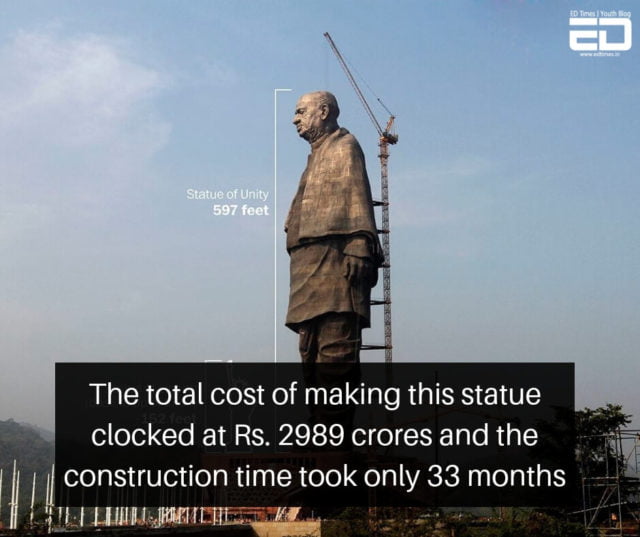 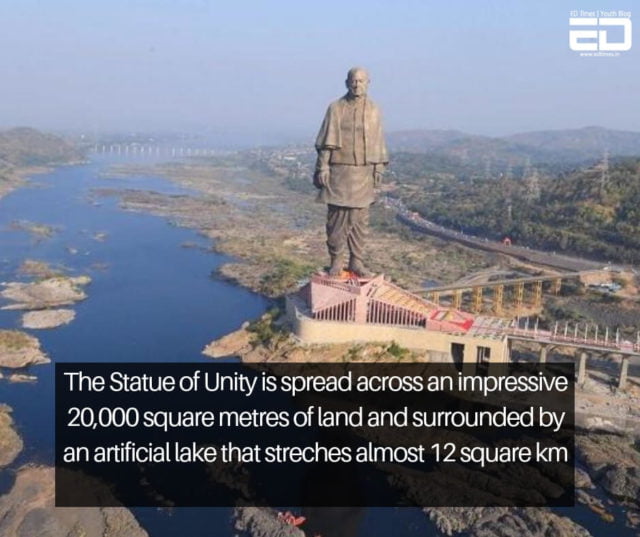 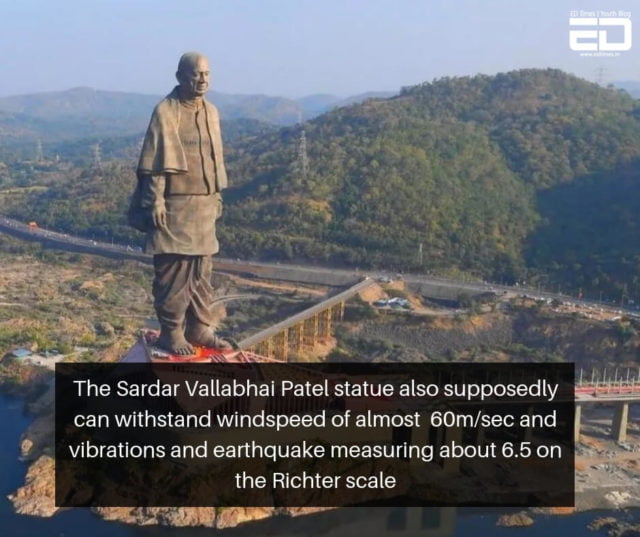 Read More: The 23 Feet Tall Kasauti Zindagi Kay 2 Statues Are Everywhere And You Cannot Unsee Them 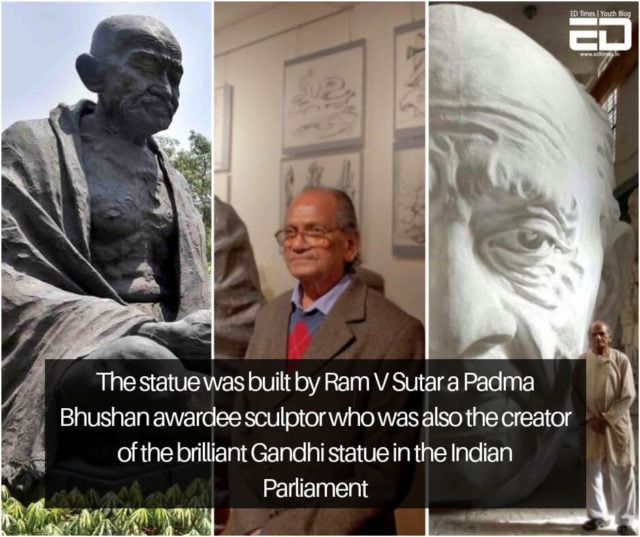 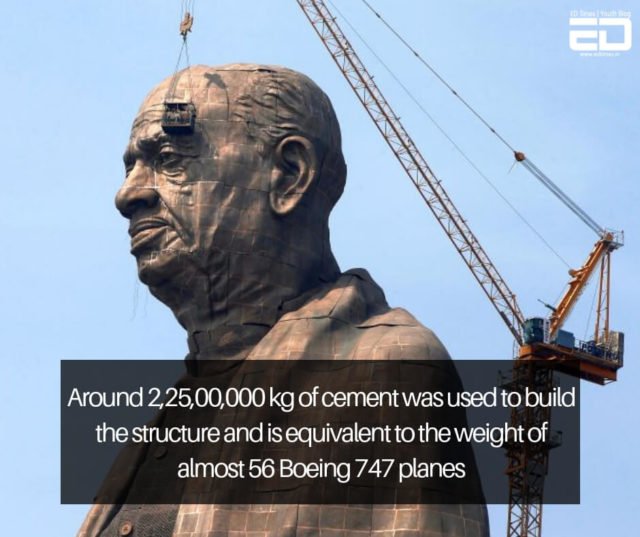 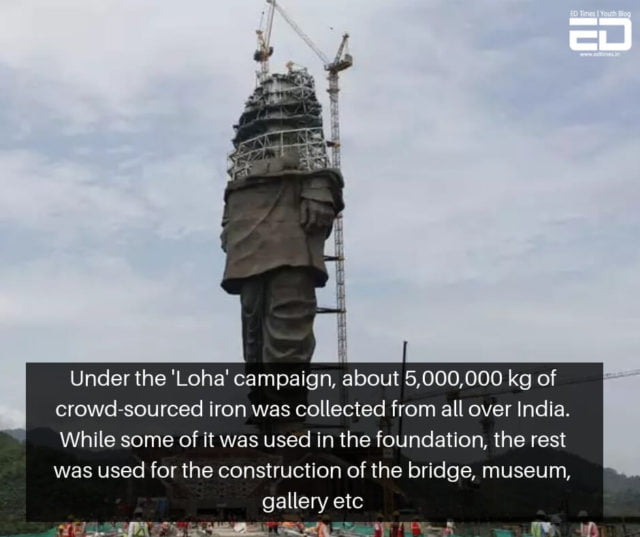 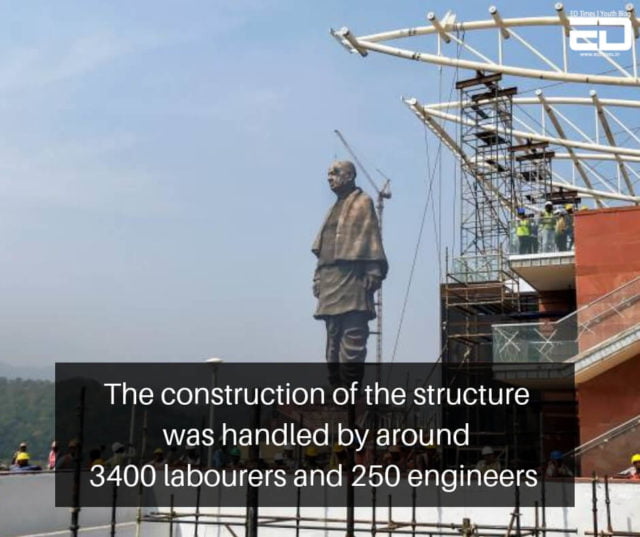 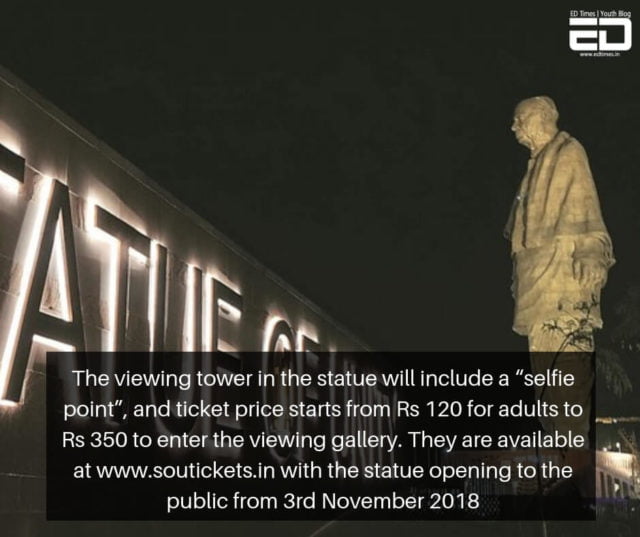 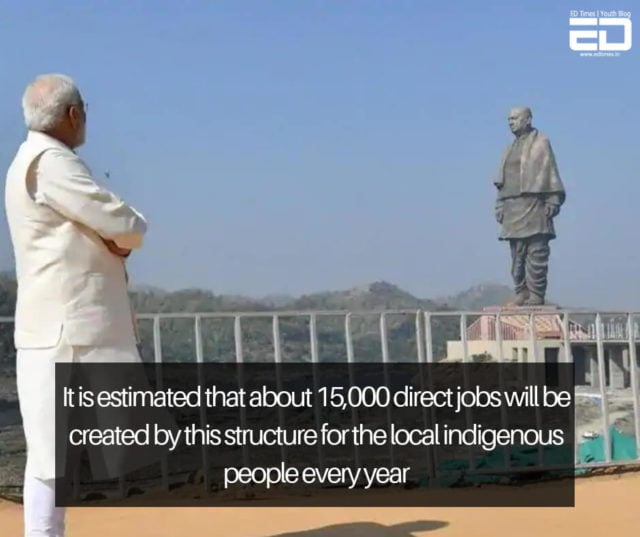 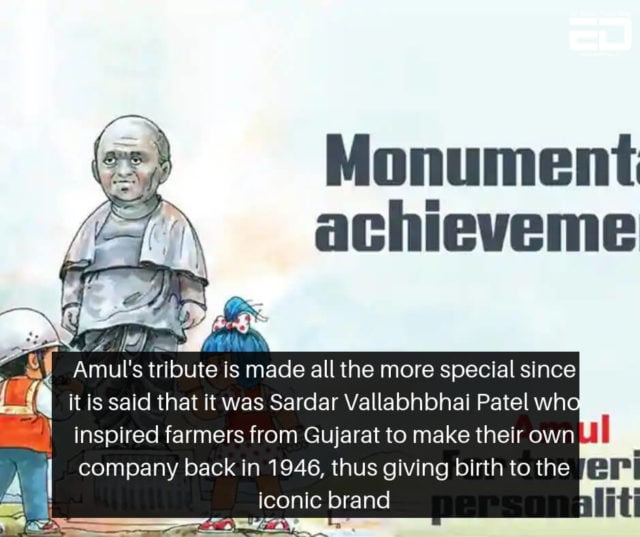 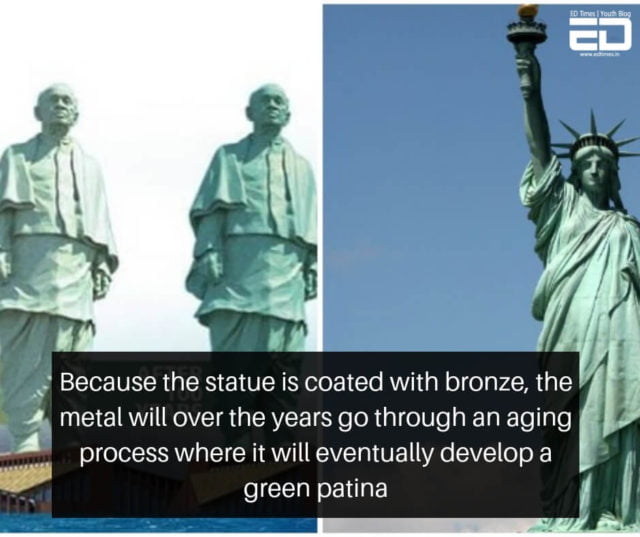 India Will Soon Have “The World’s Tallest Statue” But Do We Actually Need It?