Home Politics How The Present Functioning And Way Of Debating In Parliament Shakes My... The incident that took place yesterday where a Congress leader flew paper-planes towards Finance Minister Arun Jaitley in the Parliament saddens me. In response to the same, BJP MPs shouted “maa-beta chor hain” in the Parliament.

With such incidents, many questions pop-up in my head one of which is,

Is this the way a democracy works?

What Happened In The Press Conference?

Yesterday an ailing man, Goa’s CM Manohar Parrikar was the centre of attraction in Congress’ press conference and proceedings of the Parliament. I understand that opposition acts as a watchdog in a democracy and it is the duty of the opposition to bring out the truth, but this is not how it’s done! (Read More About It Here)

Political parties should be more sensitive. Even if Parrikar is at fault, his health should have been taken into consideration before bringing out an audio recording that Rahul Gandhi refused to even authenticate in the Parliament. 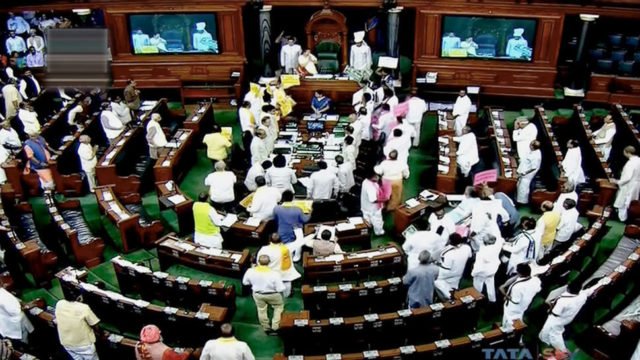 Relations Between Ruling Party And Opposition In The Past

My mind goes back to the time of Indira Gandhi and PV Narsimharao when there were ideological differences between the ruling party and the opposition party but no one used to defame the other. There was harmony, hadn’t it been so, Atal Bihari Vajpayee would not have represented India in the United Nations during the Rajeev Gandhi government.

During that time, questioning and cross-questioning used to happen, but in a civilized manner.

Incidents Of Chaos In The Parliament

Mind you, what happened in the Parliament today isn’t an isolated incident, there have been many of them in past too.

It was in 2008 when BJP parliamentarian Ashok Argal interrupted the proceedings of the Parliament and started waving bundles of notes on the floor of the house. He claimed that the money was given to him by Congress to abstain from voting so that the no-confidence motion falls.

Read Also: Too Many Adjournments Are Only Making A Mockery Out Of An Already Trolled Parliament

It is true that nothing of such sort shall happen in a democracy, but was creating a scene necessary?

Didn’t it demean the sanctity of the Parliament?

It did and because of that youngsters like me assume that Parliament is a place where seldom any constructive work is done.

In February 2014, Congress MP L Rajagopal used pepper spray in the lower house which led to chaos. He smashed the glass and some unconfirmed reports claimed that he pulled out a knife. This happened because he was unhappy with the bill tabled in the Parliament.

I am forced to think whether the Indian Parliament is housing hooligans?

Only gangsters behave this way and I strongly feel that when such incidents happen, Parliament becomes a gathering of goons making me doubt the motive for which it was constituted. 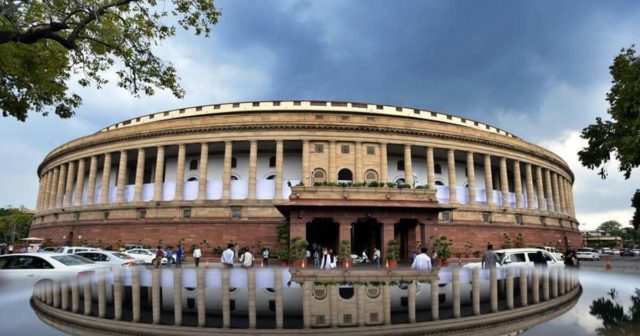 State In Other Countries

Not to mention, we are not the only country where the Parliament turns into a fish market in seconds. There have been incidents in Parliaments of Taiwan, Hong Kong, Turkey when parliamentarians fought like cats and dogs.

I am sure that most millennials must be deeply saddened seeing the present functioning and ways of debating in Parliament. We are the future of the country and seeing such a drama being staged on the floor of the Parliament, our faith in democracy is shattered.

People who sit in the Parliament should understand that they do no good when they throw such tantrums. It only demeans their reputation in the eyes of the youth. They need to stop this if they seriously want to do anything good for the country and if they don’t, then I’m afraid they don’t belong here.

FlippED: Is Parliamentary Debating Better Or MUNs? Our Bloggers Fight It Out!