While your hysteric behaviour is dealt with sheer ignorance or undefined arrogance, do you end up acting more fanatic or you are slowly learning to take a back seat?

The nation now wants to know!

While the national film and art fraternity are being vocal about obsessive aggression of ‘’Jai Shri Ram’’ and the whole political trauma India is currently going through, on July 23rd, academics, activists, and filmmakers wrote an open letter to Prime Minister Narendra Modi.

The letter talked about the lynching incidents of recent times which have caused a great tragedy. The letter has 49 signatories among whom Anurag Kashyap, Mani Ratnam, Aparna Sen, Shyam Benegal are some well-known names.

Recently, during a press conference, Mr. Goswami was as usual being his natural self where he kept on blabbing his own questions again and again without giving others the option to utter anything.

But as he was dealing with the celebrated director and activist Aparna Sen, despite having a well-recognised high pitched voice, Arnab couldn’t make it this time. 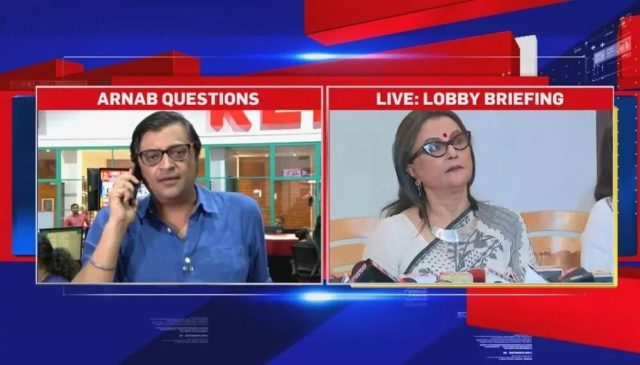 Read More: 4500 Young Women Have Got Their Wombs Removed As It’s ​Seen As A Hurdle To Income In This District

For the first few moments, Ms. Sen tried to listen to him and address his questions but soon she discovered, the ‘’ARNAB GOSWAMI’’ was asking questions and he does not generally look for answers.

With her utmost dignity she then called his questions “whataboutery’’ and ignored his existence completely. While she became busy stating her own thoughts in the press-meet, Mr. Goswami alone kept on shouting at his newsroom.

This is not the first time when Goswami’s “the nation wants to know game’’ turned into a flop.

Previously, another Bengali woman had dealt with him pretty arrogantly.

She is none but Mahua Moitra, the present MP of Krishnanagar constituency, West Bengal who made headlines a few days back by giving a fiery introductory speech in parliament.

Ms. Moitra had shown her middle finger to Arnab Goswami on a national TV channel where Arnab was an anchor of the show and the only legit member who was allowed to speak on camera! 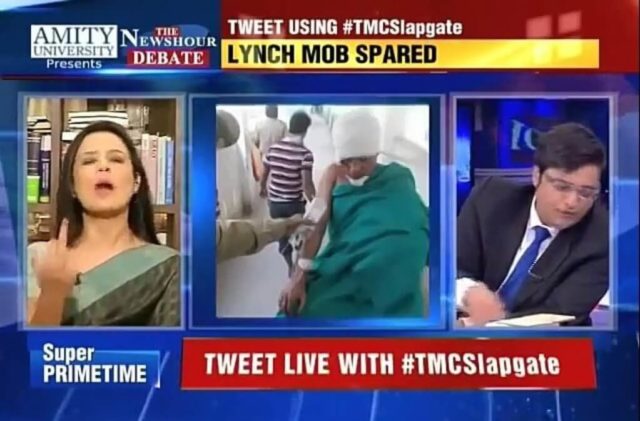 Ms. Moitra’s gesture was capable of shutting his mouth for a while and the nation praised her as she made an effort to prevent the noise pollution for a while.

Find the author online at: @UrmiKhasnobish