A video has recently been doing the rounds on the Internet, showing a Zomato delivery boy pausing to eat from a customer’s order before resealing the box and proceeding to deliver it.

This video caused widespread disgust, and eventually resulted in the delivery man in question being fired.

However, Twitter remains divided on whether firing him was the right thing to do. Some people argue that yes, he should have been fired, as he was violating the terms of his job and the customer’s confidence by eating from the order.

See the screenshots of the sarcastic comments below: 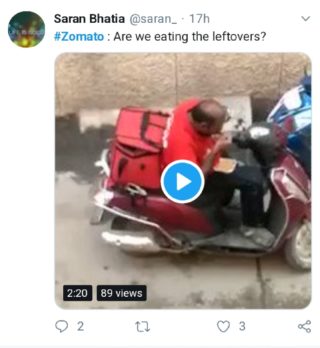 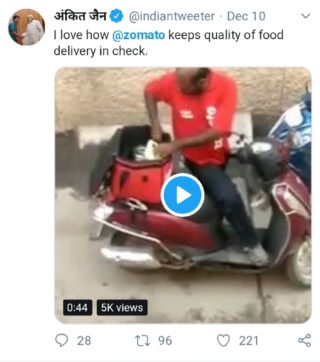 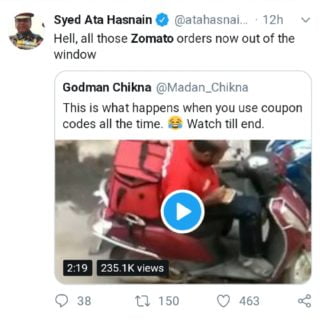 However, some members of the site believe that we should be empathetic towards the delivery boy. According to an anonymous source, Zomato delivery boys get paid only Rs. 30-40 per order, and if they manage to make Rs. 800, they get Rs. 200 as an incentive.

Those of us who work at companies that pay us a comfortable salary big enough to please not just our parents but our neighbours too would see the payscale of these delivery boys as a mere pittance.

Read More: There Is A Cheating Mafia In The Indian Education System: Some Popular Cases

Some Twitterati believe that he ate from the order due to the exhausting nature and bad working conditions of his job, and that he shouldn’t have been fired.

See the screenshots below: 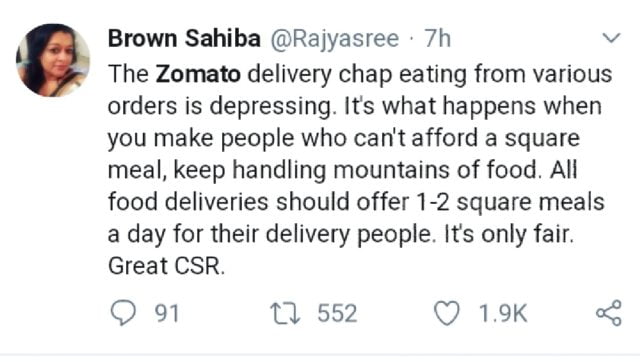 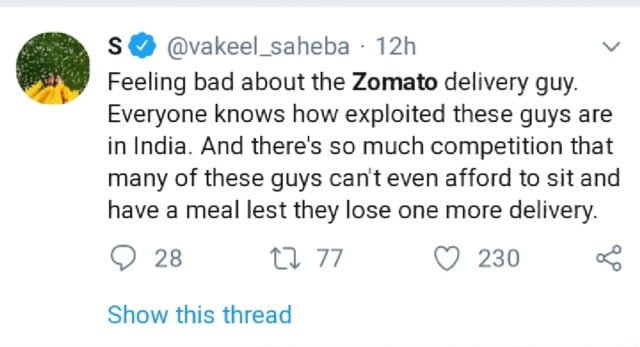 However, it is not really possible to verify if he ate from the order out of genuine hunger or mere temptation.

It is my personal belief that firing him was the right thing to do. None of us would be happy to find out the delivery guy had nibbled at our order. It’s also his JOB to take an order from Point A to Point B, and taking some of it for himself is unethical. Watch: 9 Things You Must Try In Your Next Visit To Lucknow In Pics: 7 Most Popular Ramzan Delicacies You Just Can’t Miss Out On