Disclaimer: This article is based on the statements of students and does not include the stand of the administration. It is subject to change and further additions as the issue progresses. We have reached out to the administration regarding the issue and are awaiting their response.

Pinjra Tod as an autonomous collective effort, is essentially a movement that is driven by the need to ensure safe, secure and non gender discriminatory accommodation for female students all over Delhi.

This collectivisation is against certain rules and regulations of hostels that are upheld for women in higher educational institutions. Delhi University is the nerve centre of the initiative where protests against the issue erupt time and again. 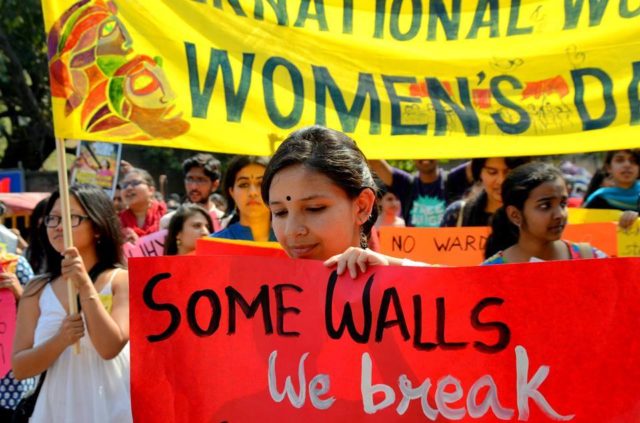 One such protest is scheduled for the 5th of November 2018, which is going to be led by the student body of Lady Shri Ram College for Women.

What is the protest about?

A number of issues plaguing the student body were brought up in front of the administration of the college. The trigger issue, that forms the core of the protest, is of course around the curfew of the LSR hostel.

Apparently, the admin, in a bid to curb protests, offered a slight compensation to the students. While the hostel curfew remains 7:30 pm, the number of late nights that can be taken have been increased to 24, however, the curfew for these late nights is 10:30 pm.

In addition to this, the administration allegedly, allowed for the provision of using the lawns of LSR till 11 pm.

Also Read: ED VoxPop: Watch: What Does LSR Think Of Marriage As A Social Institution

What were the other triggers?

As per some statements made by students, among some of the other demands was the abolition of ‘the gating out system’ where students who fail to meet the curfew are rusticated from the hostel, for a period of 15 days, as a form of punishment.

In addition to this, the demand for OBC reservations within the hostel has been temporarily rejected by the admin, on grounds that there isn’t enough space and until a new block is made in the hostel, this plea cannot be implemented.

Other apparent demands which were felt to be sidelined include PwD reservations, 24*7 access to the library and WiFi and the need to bring about a procedure for subsidised public education policy for certain students.

Evidently, after these demands were allegedly denied or pushed to the fringes, the students of LSR apparently refused to accept their responses. They immediately called for a protest (5th Nov).

The admin, apparently even called for an urgent General Body Meeting, fearing protests and opposition.

It has been claimed that as a response to these demands and the looming possibility of protests, the administration has said, “You cannot bring Russian Revolution here” (the same is yet to be confirmed).

With an apparent clash in the ideas of the student body and the administration, the University space has witnessed a change in its socio-political environment.