How do you say “I laughed yesterday” in Hindi?

If you’re still here, I’m guessing you’re a millennial. Or you’re just kind. Either way, you must have a love-hate relationship with ‘punny’ jokes.

Call it a PJ, vallip/challu (Malayalam), mokkai (Tamil), or whatever it’s called in your regional language; but jokes with word-play are quite satisfying to make.

And somehow, they are rising in popularity now. It’s not just knock-knock jokes anymore. We’ve got this fetish for adding puns into everyday conversation, every chance we get.

You’ve definitely got a friend or 2 in your circle who religiously try to make a pun out of everything. And, whether you like it or not, it’s contagious! What Makes This Generation So ‘Punny’?

Reason #1 – We are the Meme Generation

Memes are the copyrighted art-form of the millennials. We’re utilizing every possible platform to popularize it and ensure that the coming generations will know us by our memes. What makes them click? The endless possibility of wordplay!

With such a perfect opportunity to get those creative juices flowing, how can you resist diving into such a vast ocean of cringy-ness? 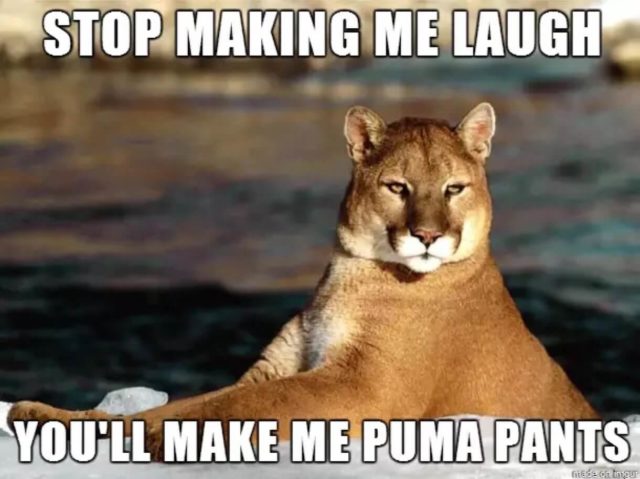 It requires a considerably high level of verbal intelligence to make a play on words. But more than that, puns make you feel good. The accomplishment of bringing in 2 different meanings for a word in a suitable context makes you want to stand on a pedestal with your cape flying in the air. This does good to our mostly low-esteemed generation.

The listener might be having a cringe-seizure but, oh well, at least someone feels good.

Read More: Smart Speakers Could Be Stealing Your Data: Should You Be Worried?

Being ‘Punny’ Is A Good Thing, Right?

Well, there are two sides to it.

On a positive note, it’s great exercise for the brain. Both the left and right hemispheres of your brain react when you hear a pun.

According to psychologist Lori Buchanan, the left hemisphere processes the language aspects of the pun while the right hemisphere reveals the double meaning. The interaction between both these hemispheres enables us to understand the joke [1].

As mentioned before, it takes a high level of verbal intelligence to be creative with language. Research by the University of Mexico also indicates that humour can be a pivotal element while searching for a partner [2] On the other hand, not everyone enjoys puns. Some downright detest them. Charlie Hopper, a pun-hater himself, writes in a McSweeney’s article that a pun is “like your drunk friend, it’s just going to waste your time and maybe reduce other people’s respect for you.”

It also disturbs the steady flow of conversation. Most people don’t like to be interrupted when they are making a point and your wise quips do just that without even adding anything significant to the conversation. Which explains why your family doesn’t appreciate your pun-making skills much.

You might want to get yourself checked if people are constantly complaining about your sense of humour (or lack of it) though. A neurological disease named Witzelsucht, which affects the frontal lobe of the brain, might be compelling you to make inappropriate jokes and puns in inappropriate situations.

If that’s not the case, then have your share of pun. There’s more than enough to go around.