There’s nothing new about girls being asked to behave or adopt certain practices to prevent a possible threat from the opposite gender.

But how do we go about describing such practices when a generation of the women community associate with it as a mark of their cultural identity?

This is exactly what is happening with Apatani Tribe who are settled in the Ziro Valley in the state of Arunachal Pradesh. Elderly women of this tribe are till date found to wear huge nose plugs and paint their faces with tattoos. 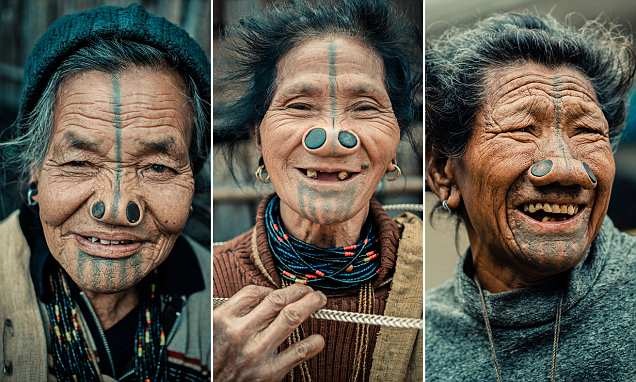 Before dwelling into the inherent issues of contradiction and gender gap in the phenomenon, let’s dig in the history behind such a practice.

Where Did The Idea To Wear Tribal Nose Plugs Come From?

Owing to the general practice of tribes preserving their traditional records orally rather than in written forms, the Apatani tribe is no different in this case.

Out of the various forms in which this traditional knowledge is transferred across generations, folk tales are the prominent ones.

And these folk tales are the very source where the stories behind the wearing of nose plugs are found. They say that women of this tribe used to be extremely beautiful and attractive.

And so goes the usual story of men of neighboring tribes being unable to control their desire for these women, leading to their abduction and forceful conversion of these women into their wives.

And since time immemorial, it is always the women who needed to be disciplined, the elderly people of these tribes came up with a very ‘innovative’ idea.

They thought that why not make our girls ugly so that they can be kept safe from the perpetrators. And thereby, went on to plug the nostrils of women from a very young age with huge tribal nose blocks and adorned their faces with tattoos.

Also Read: Fashion From The North-East Has K-Pop And Cosplay Impact In It.

However, our position regarding the tribal nose plugs and tattoos becomes quite shaky when we refer to reports of the people who have studied this phenomenon from the field.

Interestingly, the elder section of women of the Apatani tribe has reportedly exhibited pride concerning these practices rather than rebellion. 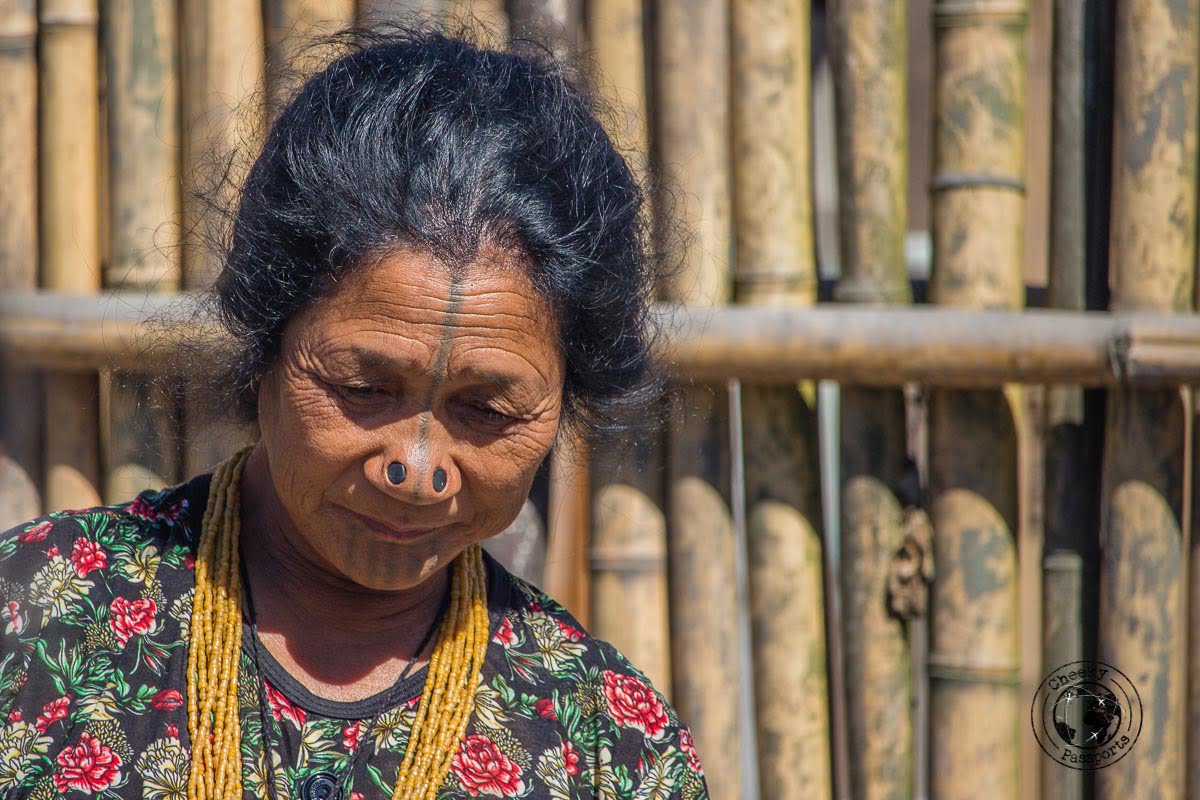 They believe these plugs to be an identification of Apatani women and even agreed with the folklore associated with them. Some have even given accounts of the issues based on which the practice of wearing plugs and tattoos came up.

Amidst all this, the practice of using nose plugs was banned by the Indian Government in the early 1970s, which is why all the women who are now seen wearing these are roughly said to be above 45. Now again, the validity of imposition of ban on these practices is debatable.

This is because, the women community, although elderly, associate these practices with their cultural identity. Can imposition of the ban be regarded as detrimental to traditional identities?

At the same time, the Government might take up such a decision in order to uplift the tribe from practices which might seem coercive from the larger perspective.

There have also been accounts of the younger generation resisting such practices since it prevents them from employment opportunities.

Thereby bringing in the dimension of generational conflict, whether inherent or induced by demands of society, again, remains a matter of debate. One might wonder why are we talking in-depth about a matter of just bodily dressing up?

But we need to understand the complexities intertwined in this one simple practice, which prevents us from coming to one conclusion. And perhaps there are still many which are yet to be discovered.