It genuinely does not take a lot to anger Indians and the recent target is the poster of Bhumi Pednekar’s character in her upcoming film ‘Bala’.

Although the trailer was just so-so to me, nothing special, I did come across this tweet that made me ponder on some things. 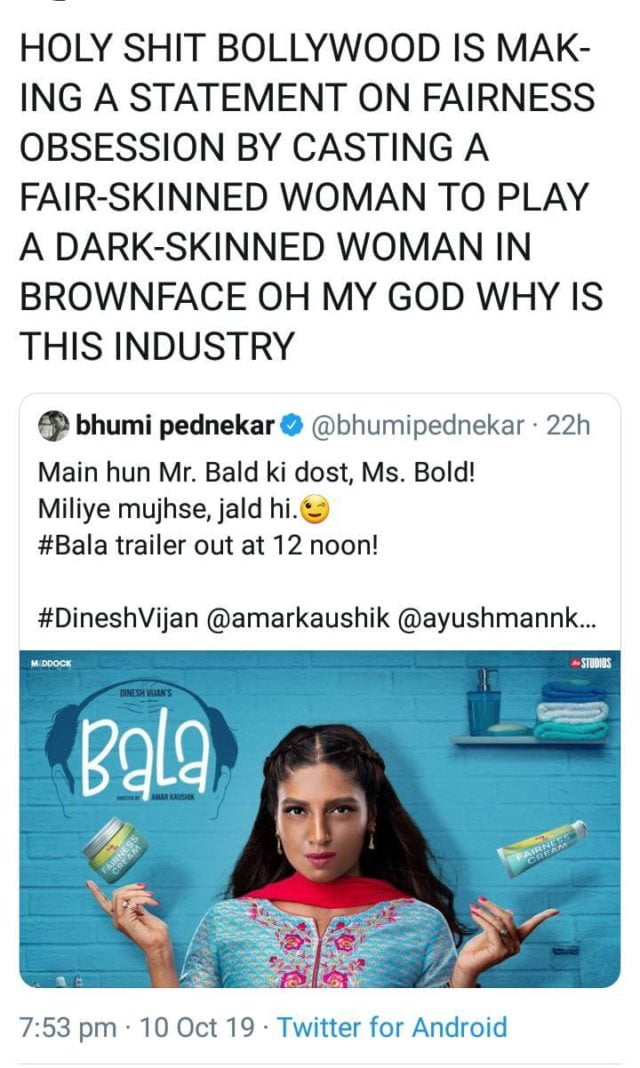 Is This Really That Wrong?

The whole outrage started from the Bala trailer and the new poster that has just been released. In it, Bhumi’s character is a dark-skinned girl sitting in a class where Ayushmann’s character is talking of how ‘fair skin’ is better.

The poster bearing Bhumi’s image shows her having extremely brown skin (which is horrendously edited if I may say so) and fairness creams floating around her.

And this seems to have ticked off a lot of people who are ranting about it all over on Twitter:

if only there were any actors in this country with darker skin… if only.#BrownFace #Bala pic.twitter.com/baks9OaeFw

So bollywood is trying to make a statement about India's obsession with fair skin by casting a fair skin woman to play a darker one?
Also! My God that makeup is bad! No dark person looks like that! They are beautiful

Usually I would be on the side of all the people angered and be all for stopping wrongful brown-face and racism that Bollywood is known to show.

But here I believe that people are getting a little hyped up over nothing.

First of all, to all the people saying Bhumi Pednekar is a ‘fair skinned woman’… where?

Fair skinned actresses in Bollywood would be Kareena Kapoor, Alia Bhat, Shradha Kapoor, Aishwarya Rai and even the other actress in the ‘Bala’ movie Yami Gautam.

Those are fair skinned women, Bhumi on the other hand seems to be more on the wheatish to medium skin tone. But I definitely feel that she is not fair skinned, that is not right at all. 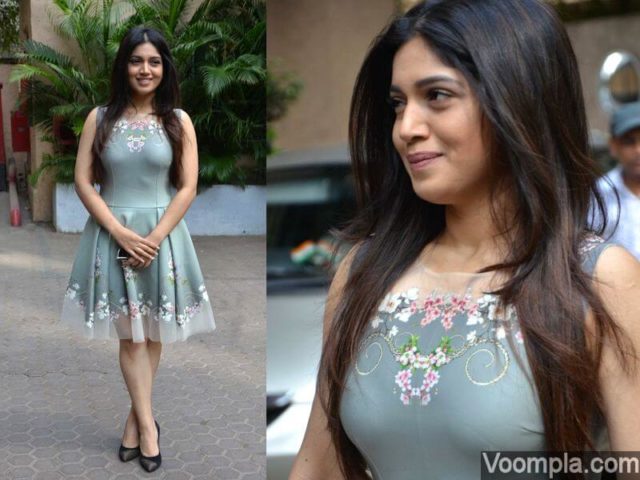 Second of all, the reason I don’t agree with the baseless anger here is that this is not brown face.

To be honest Indians talking about brown face is just plain stupid… because we are all brown!

This is further shown how recently Hrithik Roshan had an extremely tanned look for his movie ‘War’ and Shahid Kapoor in the college scenes of ‘Kabir Singh’ had a darker complexion when he actually is on the fair side. Yet, I did not see anyone raise a fuss on how this was some type of ‘brown face’. 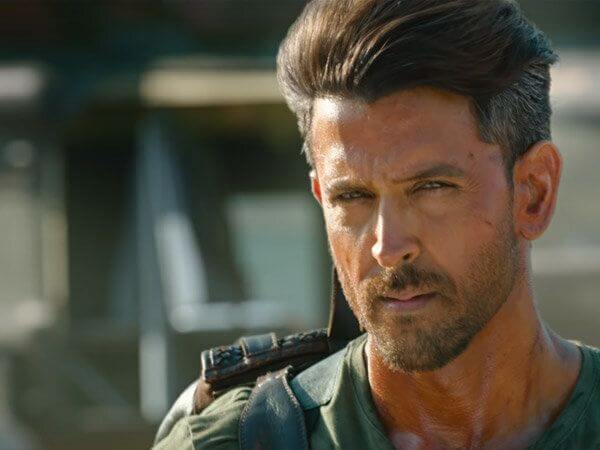 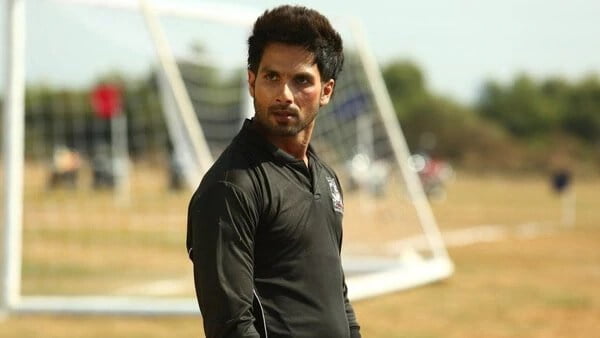 Also complexion can vary according to circumstances and change in lifestyle very easily. I understand that it is often used to show a class divide, but at the same time, it does not have to mean only that.

It is quite a logical thing, that if you spend a lot of time indoors then your complexion can get a little lighter since you are not getting enough sun.

And this I’m speaking from personal experience with myself and my classmates when we were in college. During that time, we would spend a lot of time out in the sun and sit in non-AC classes during the summer heat, which made our complexion get quite tanned and dark.

However, now when I see some of my classmates from college or school they have become a little lighter in complexion. This is because they are spending more time indoors, sitting in their office in AC and everything. 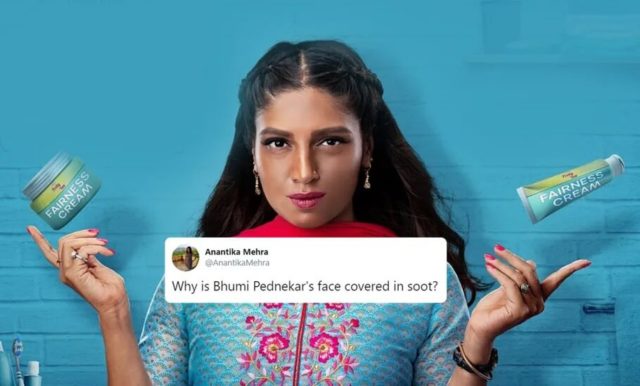 Read More: What Is The Difference Between A Heroine And An Actress

What Is The Wrong Brown Face?

To be honest, I genuinely do not understand all this outrage in this particular area. Because this is not the typical black or brown face where you are literally turning from one ethnicity into another.

When a white actor in Hollywood is pretending to be someone of another ethnicity itself, then that is not right. In that case, not only could they be stereotyping but are also stealing away roles from that particular ethnicity.

Examples of this include: Scarlett Johansson in ‘Ghost In The Shell’ or Ben Kingsley in ‘Learning To Drive’. In both those cases a person of that ethnicity, that is a Japanese or Sikh, should have been chosen since they are already so under-represented in Hollywood.

So there the outrage is warranted, however, in this movie Bhumi Pednekar is not pretending to be of another culture or ethnicity.

She is literally an Indian person who is essaying a certain role. Nothing more than that.

Won’t deny that there are examples of bad casting in Bollywood. The one of Priyanka Chopra being cast as Mary Kom really bugged me and even here the backlash was quiet valid.

Because she, of Punjabi descent with very prominent Punjabi and north Indian features, was essaying the role of a north-eastern girl who has slightly oriental, Asian looks.

In this case it was absolutely correct to call out the wrong casting when someone from the north-east should have been chosen.

Even Hrithik Roshan in Super 30 was a wrong choice and I’m still disappointed that Pankaj Tripathi was not cast as Anand Kumar in the movie.

Furthermore, the idiotic excuse that the movie needed a ‘star’ otherwise it won’t work, who will watch it etc don’t work in Tripathi’s case considering his star power currently which has reached a stage where just putting his name on a project brings a lot of attention.

But one thing that needs to be taken into account here is that the physical appearance in relation to these people is part of their identity. It is not something trivial, instead something very intrinsic to them and how people recognize them.

However, Alia Bhat and Ranveer Singh being accused of doing brown face in Udta Punjab and Gully Boy is just not warranted. Because in these movies, their complexion is not part of their identity. It is just a by-product of their work and lifestyle.

Sure when it comes to a real life person, then things are different. For instance, if Bhumi Pednekar was essaying a real life person then these things need to be taken care of. Because then it becomes a matter of identity, of how that person is going to be recognized by the larger audience.

Also if people really want to call something out then do it to those fairness cream ads that are till date doing brown face. This is where they are taking a fair person and putting brown/dark makeup on them and essentially equating dark skin with being ugly.

To me this instance is just a way of using makeup to portray a certain characteristic not an identity: outdoor lifestyle, public transport, walking in the sun to work/home etc.

And are people genuinely getting so worked up over this trivial issue when we have a whole ‘Saand Ki Aankh’ disaster coming up?

That is where I will gladly talk about how the casting is completely stupid. Taapsee Pannu and Bhumi Pednekar are horrible casting, where their accent is wrong, their makeup is simply laughable and acting is poor. The makers should have simply gotten senior actresses and used a little bit of CGI to make them appear younger.

But this case of ‘Bala’ according to me is not brown face or something which needs to be made such a big deal out of.