Home Entertainment What Is With Tamil Cinema’s Bias For Only Fair Skin Actresses Who... Contrary to popular belief, the Tamil film industry, or ‘Kollywood’ as it is widely known, has been producing many cinematic gems for quite some time now. From veteran directors like Mani Ratnam to the new wave of talent like Thiagarajan Kumararajan, the industry has grown massively.

However, as a cinephile, if there’s one thing that I’d take issue with, it’s with the case of representation, especially with respect to the women’s representation in Tamil cinema.

A small disclaimer though, this is not a commentary on the representation of actual female qualities and a debate on stereotypes; that’s for another day. We shall be looking into the case of Tamil representation in Kollywood.

Tamil Or Not Tamil, That Is The Question

This might be a little confusing for the people outside South India. When I use the term ‘Tamil representation,’ what I mean to say is that if you were to take a list of the leading actresses in Tamil cinema, you’d notice that only a handful of them are actually Tamil-speaking women. Chances are you might not even find one single name.

This is not to say that there are no actresses from Tamil Nadu working in the industry. Online forums would suggest names like Samantha, Keerthy Suresh, Tamanna, Nayanthara, and Trisha among others. 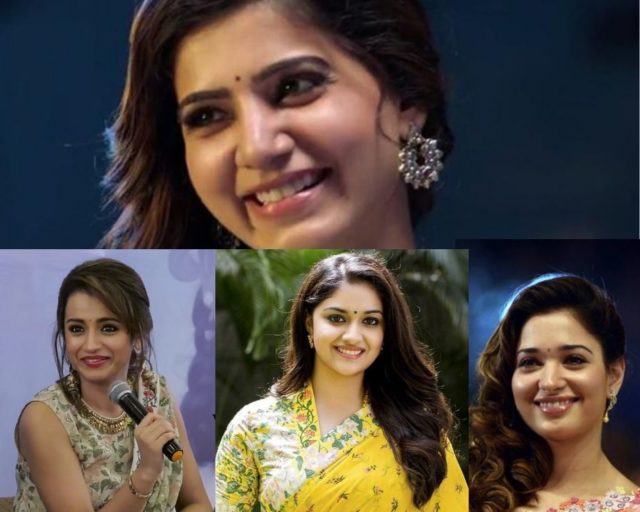 But one would notice that very few of them are actually from the state. While most of them speak Tamil, they are usually women from other neighbouring states.

No doubt, that is a good sign of inclusivity in the industry, but at what cost does this inclusivity come? This is where the question of representation arises.

As a person who calls Tamil Nadu her home, I think I can safely say that when it comes to Tamil cinema, there’s a dearth of female actors who actually resemble the bulk of the population.

Just a quick stroll across a street in any city in the state would show you that not all women here fit in to the descriptions of a ‘fair-skinned,’ ‘swan-coloured’ mould. Dark skinned, dusky women are also a significant part of our crowd.

However, if you look into the movies of the Tamil industry, you can only perhaps hand pick one or two actresses who in fact don a darker skin tone. Why is that?

For years now we’ve been trying to fight the unfairness of the ‘be fair and fair only’ attitude prevalent in our country. This is exactly why this lack of representation is extremely worrying.

The fact that there are fewer dark skinned women in Tamil cinema jarringly indicates the kind of sensibilities that are being imposed on the people. It is almost as though filmmakers want to suggest that for a woman, to be liked and to be accepted has a lot to do with her skin and make-up.

Once we probe deeper into the matter, we’ll understand this apparent ‘import’ of actresses from different states is not to maintain diversity but the exact opposite!

When you don’t find as many ‘light-skinned’ women from your own state then why not turn to other places?

I mean think about it, directors are willing to bring in actresses from a whole different country to portray a ‘proper’ Tamil role, going so far as to teaching them the language (and a pretty difficult dialect) and getting someone to dub for them, but are reluctant to cast someone from their own region.

This is exactly the kind of prejudice against which actors like Nandita Das have been protesting. In fact, Janani Iyer, an actress from Tamil Nadu once vented out her frustration at how Tamil directors and producers think twice or thrice before casting a Tamil girl in their movies.

Let’s Not Cast, But Let’s Colour

Oh and should I even start with the issue of ‘darkening by makeup’? Like I said, this is not even a new conversation and it’s so sickening to think that we’re still witnessing it in 2019.

Regardless, just take a look at two different characters portrayed by actress Nayanthara in her 2019 movie ‘Airaa;’

Should I SAY anything more?

We Need To Change (Seriously)

One thing is clear. No matter how many milestones we achieve, so long as we refuse to change our thinking and mentality about these social evils, we’re never going anywhere.

Change begins at the roots, and as long as we audiences are going to remain silent, we might as well not expect anything. Let’s just hope that going forward, we’ll see a shift in such mentalities.

Watch: How Ayushmann Khurrana Carved Out His Own Niche Through Unusual Movies