How many of you remember that scene from Pyaar Ke Side Effects where Rahul Bose (plays the DJ) is asked to play Man Saat Samandar Dol Gaya about a million times and when he says that he’ll play another song, the men at the wedding take out their guns in retaliation?

Well, this is exactly what has been happening nowadays with DJs who are playing in Delhi.

As a result of this hooliganism, many DJs are nowadays resorting to take safety measures before playing a gig, anywhere in the capital.

The need for safety measures

“Excuse me, can you please play *insert song name* next?” This is a statement that is chucked at DJs at parties, weddings and other social gatherings. They are often bombarded with requests and are compelled to play songs that aren’t a part of their mixes.

If the DJ says that he/she does not have the song, or simply refuses to take requests, some people take it to heart and make it an ego issue. Many brawls and fights take place as a result of this.

Mostly, its drunk men demanding a certain genre of songs to be played in a particular kind of social setting.

They often have to face violence and intimidation from their guests with respect to this. This makes them cautious and sometimes even wary of playing in and around Delhi NCR.

“Dilliwalon ko itna gussa kyu aata hai?”, is something that DJs discuss among themselves. 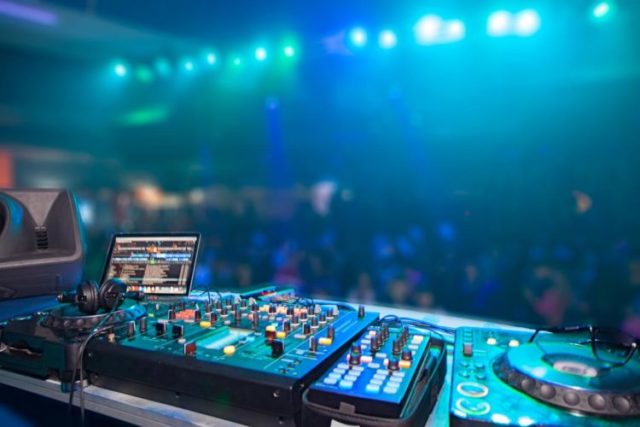 Also Read: 5 Best Live Music Places In Delhi That You Have To Visit Now

In order to protect themselves from attack, assault abusive behaviour, many of the DJs keep cricket bats and Swiss knives under their consoles, in cases of emergencies. Many DJs like DJ Sumit Sethi have hired personal bouncers to protect them from this impulsive behaviour.

“The song was Do Ghoont Pila De, which isn’t the kind of music I play, so I refused. He pointed a gun at me and threatened to shoot. I escaped, luckily. After that I decided that I should have my own bouncers who would not let anyone come near me.”, said DJ Sumit Sethi.

DJ Jatin too, narrates an incident when he was abused and threatened at gunpoint to play the original version of a song (he only had the remix) at a farmhouse wedding at Greater Noida.

A complete lack of safety

This shows the utter lack of patience and law implementation where every Tom, Dick and Harry has the license to purchase a gun. Unfortunately, this kind of hooliganism is rooted in the sick mentality of people, who cannot control themselves after downing a few.

A direct result of this is that DJs now prefer to play only for previous clients, friends and acquaintances where they are made to feel safe.

It’s a complete shame that the capital is being contaminated by one more such act of disorder.

Double Standards Of Indian Teachers; An Incident Of My College