The ‘Waste To Wonder’ park featuring the seven iconic monuments from around the world has been built using only waste and scrap material.

Created on a landfill in Sarai Kale Khan near ISBT, it is India’s first such park which is a ‘waste-to-art’ project.

The South Delhi Municipal Corporation, the governing body behind the project has used only renewable energy to light up the seven edifices. 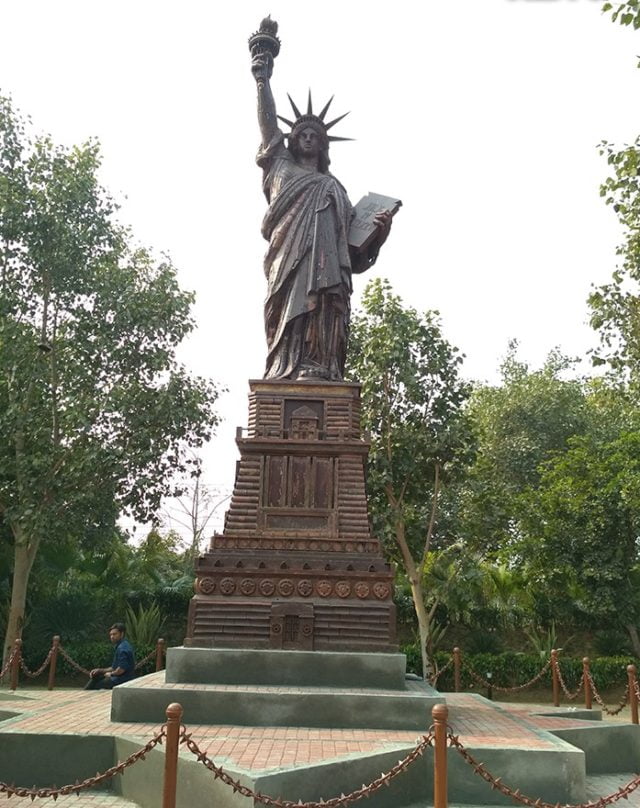 A 35 feet tall replica of the original statue of Liberty has been constructed using 7-8 tons of waste. Its structure and design has been given by a Delhi-based artist, Zakir.

While the pedestal of the statue has been made using old pipes and metal railings, the torch has been created from an old bike and its chain. 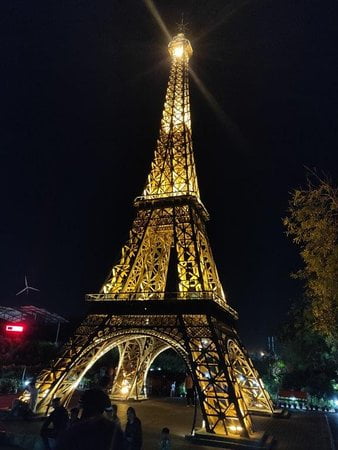 The 70 feet replica of the original Eiffel Tower in Paris has been designed by Vadodara based artist, Sandip Pisalkar.

Made from 40 tons of automobile waste including clutch plates and petrol tanks from trucks, the three floors of the tower were made separately and then joined together with the help of  a crane. 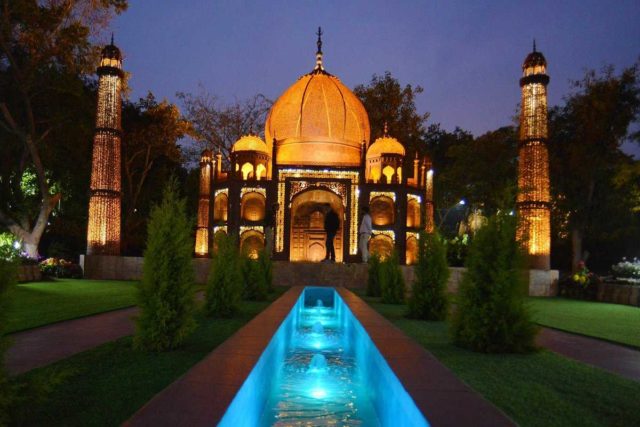 The replica of the Taj Mahal was created using 30 tons of waste in about five and a half months with the help of 1600 cycle rings, old swings and park benches, electric pole pipes and old kitchen pans. 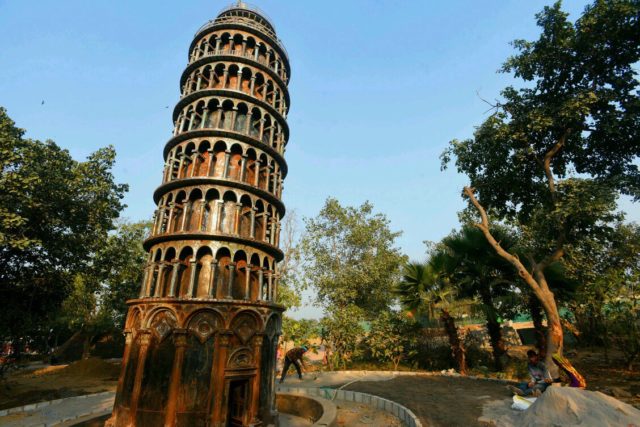 The famous tower’s twin was built using 10.5 tons of waste by designer Ram Kumar from Tamil Nadu. Apart from metal sheets and pipes used in the main construction, the arch has been made using springs and a piece of a typewriter. 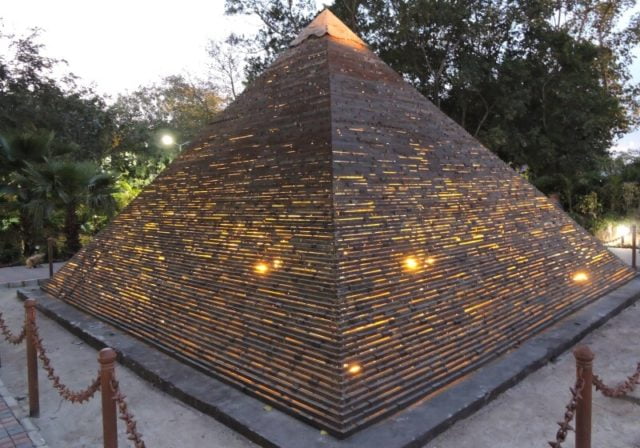 The oldest monument among the Seven Wonders, the Pyramid of Giza was recreated using 10-12 tons of waste by Pijush Patra from Vadodara. 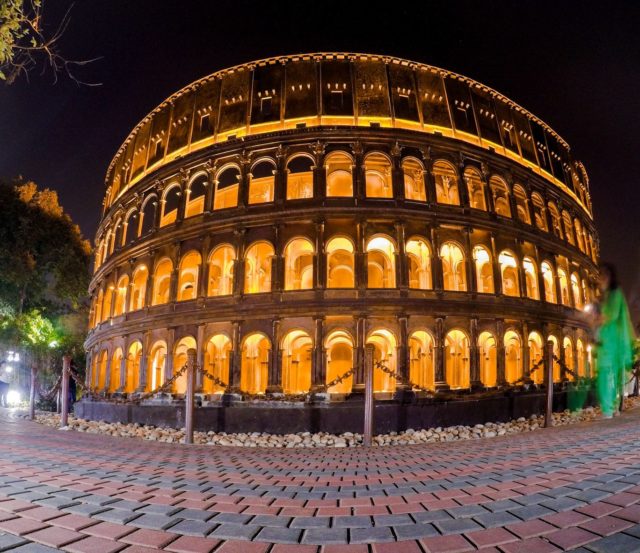 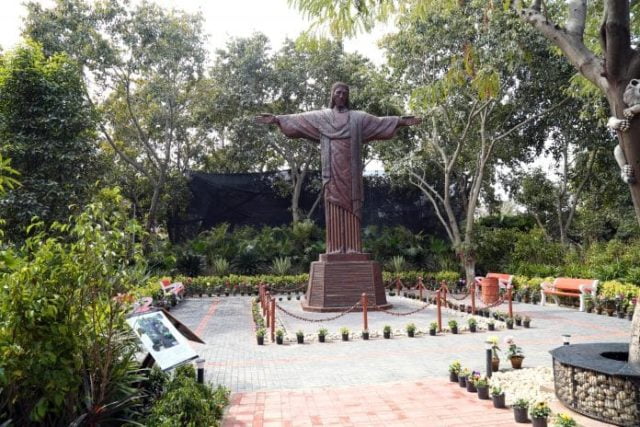 While there is no fee for children below three years, the park charges Rs. 25 for children aged more than 3 and Rs. 50 for adults.

The SDMC soon wishes to start a light and sound show that throws light on how this ‘waste to wonder’ park was created.

This way, apart from witnessing the beauty of these monuments, the public will also be able to imbibe its hidden message – recycling waste and using renewable energy resources for a sustainable and environment-friendly future.

In Pics: This Hyderabad Based Techie Turns Plastic Waste Into Fuel To Save The Environment