Virat Kohli is one of the biggest cricketers in India right now, with a massive fan-following.

You have to remember that, cricket isn’t just a sport in our country, it is unanimously considered a religion. Probably, the only religion that gets each of us to come together and root for the country as one.

When it’s a religion there will always be a few who are worshipped. Virat Kohli is one of the heroes who’s gearing up to go down in cricketing history.

Virat Kohli was a chubby teenager with an unquenched thirst for perfection and a technique that could even make the most polished sportsmen drool.

The newest hero’s first moment of fame was the Under-19 World Cup in Kuala Lumpur in 2008, and from then on, there has been no looking back. Kohli emerged as the poster-boy of aggression and youthful vigor.

Today, he rules all formats of the game and ranks no. 1 in the ICC batsmen rankings for both Tests and ODIs. On October 24, 2018, he became the fastest cricketer to score 10000 runs.

He reached the milestone in just 205 innings, breaking the record held by Sachin Tendulkar – 259 innings. India had found a cricketing star once again, and he is here to stay.

His spunk instantly inspired and clicked with millions of millennials. They have adored this Delhi boy’s humble beginnings and steady ascent to scintillating fame. The dream that lives in the heart of every young kid is truly being lived by Kohli.

It was this journey and the surprising likeness to Kohli himself that urged Ankit Saxena, a normal advertising producer to create a motivational video.

His uncanny resemblance to Kohli was noticed on social media early on and he used to often get messages from his Instagram followers to do something with “this doppelganger thing.”

First, he was asked to do a photoshoot and re-create his pictures. Then later, he discussed the idea for a video with a guy who is a filmmaker.

The director, Syed Shabahat Ali, liked the idea and decided to make a motivational video which can inspire people to be like Kohli.

The aim of the video was said to use the lookalike, not as a caricature for comedy videos but to give out a strong message.

This video is a trailer to the movie that Virat Kohli is living.

The video was even noticed by Kohli’s sister, who shared her appreciation for the initiative on social media. 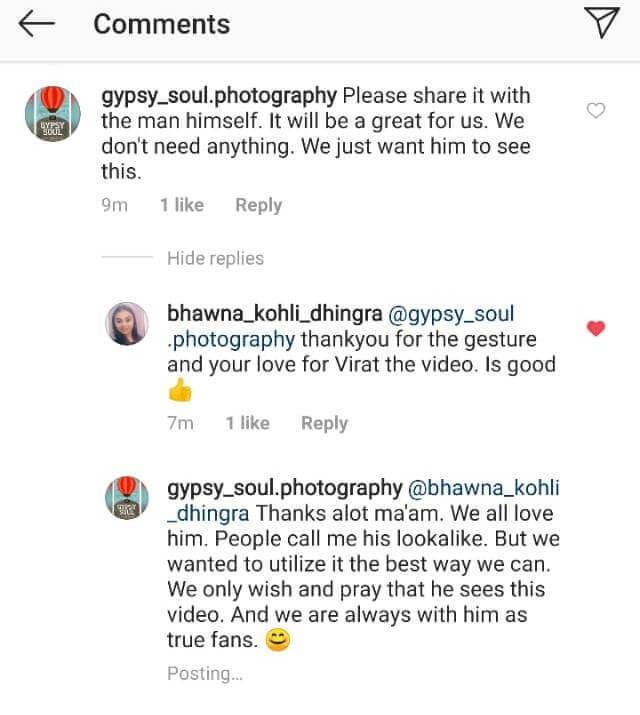 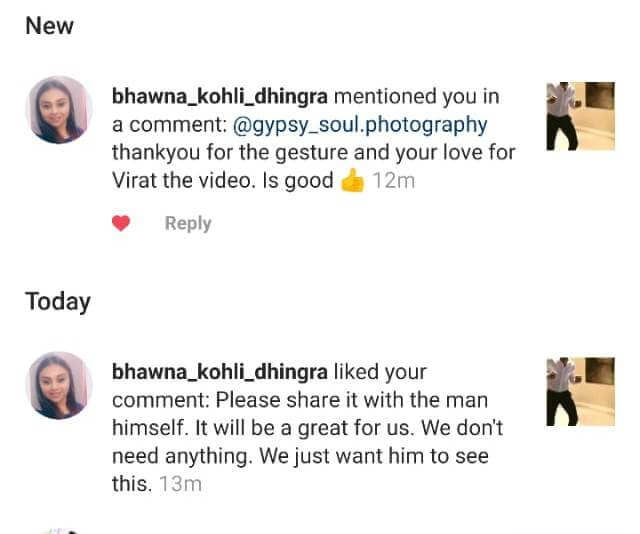