Game of thrones may have ended but it has sure left us wanting for more. So if you want to keep the obsession alive, you can visit the real life locations where some of the show’s iconic scenes were shot. From Croatia to Morocco, we’ve got it all covered for you in the pictures below. 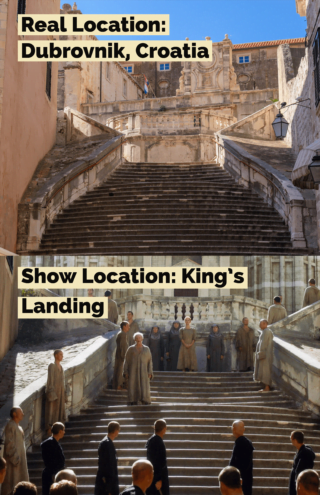 1) King’s Landing, one of the most prominent cities of Game of Thrones was actually shot in the streets of Dubrovnik, Croatia. Some of the famous scenes that were filmed here include King Joffery’s tournament, Cersei’s walk of shame and Daenerys Targaryen visit to Qarth.

2) The beautiful seven mile beach at Downhill Strand makes up for the island of Dragonstone on Game of Thrones, where the first episode of season 7 was shot. It also appears in season 2 during the iconic ‘burning of the seven’ scene.

3) Shown in the scene where Daenerys liberates the people of Slaver’s Bay, Yunkai has been filmed in Quarzazate – a small Moroccan village on the edge of the Sahara desert. 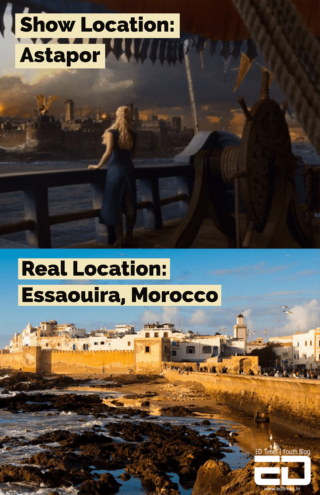 4) The Daenerys Targaryen storyline through seasons 1 to 3 were shot in Morocco. The mystic vibe of the Moroccan city provided the perfect setting for a medieval based show such as GoT.

Also read: How To Save Yourself From Game Of Thrones Season 8 Spoilers Until You See It Later Today 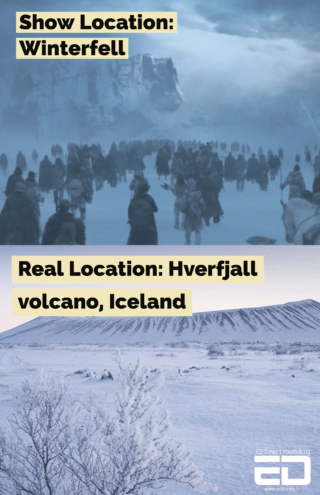 5) The ice-cold scenes from the town of Winterfell were actually shot near the Hverfjall Volcano in Iceland. 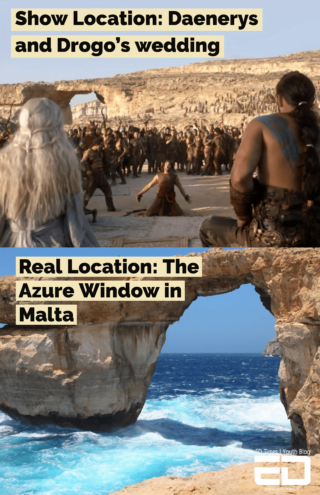 6) The wedding ceremony of Daenerys and Drogo was filmed at the Azure Window in Malta. 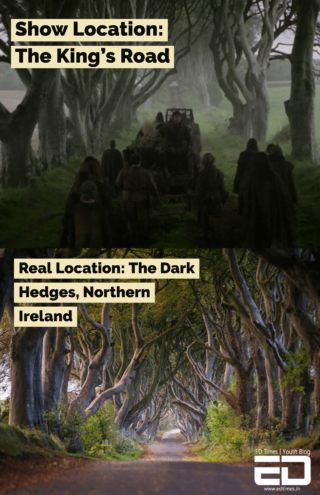 7) Kings Road, which stretches from Castle Black to King’s Landing—has forever been the series’ main highway hosting people from King Robert to the assassin in training, Arya Stark.

Would you want to visit more such places and reminiscence the fond memories of the show? If yes, then let us know in the comments down below.