Home Entertainment These Dialogues From Dabangg 3’s Trailer Are Typical Salman Khan And Will... The trailer for Dabangg 3 is out and I’m honestly surprised that I enjoyed it for the most part.

After the debacle that was Dabangg 2 (2012), I was beginning to think that perhaps the series had run its course. But Salman Khan’s film that is releasing in December this year does not seem as bad as I thought it would be.

Bringing back Sonakshi Sinha as Rajo and introducing Kiccha Sudeep as the new villain, the trailer has brought with it new meme material.

But along with that, it has also given us some memorable dialogues that I’m sure we will see soon enough in TikTok videos and memes: 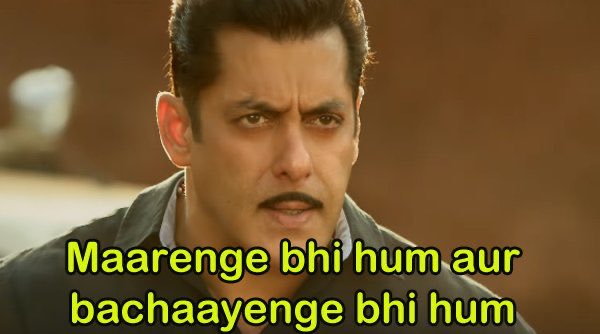 The quote literally translates to say “I’ll be the one to beat you up and also save you, and your soul will see all this but not be able to do anything.”

To be honest, this dialogue also somewhat connects with the real life image of Salman Khan who has so much power that he can destroy and then save someone and they won’t really be able to do anything. 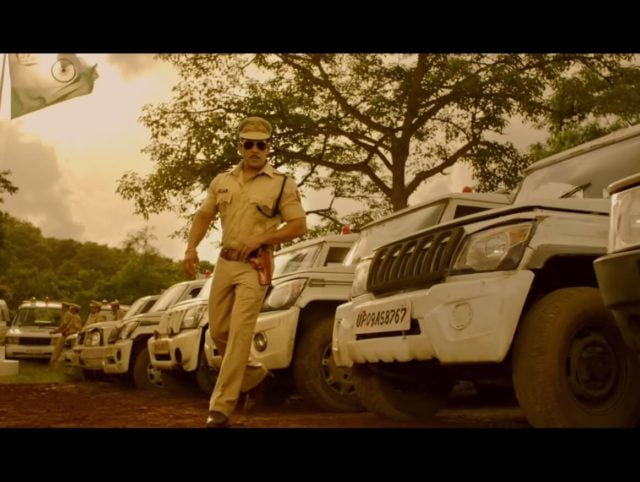 This dialogue felt more funny because of how the writers managed to give reference to the 1995 film Bollywood ‘Policewala gunda’.

Read More: In Pics: Here Are Some Of The Most Awkward Moments In Bollywood History

‘Vyaktigat’ literally translated to ‘personal’ in English. Basically this line means it’s a personal feud, revenge will be taken. 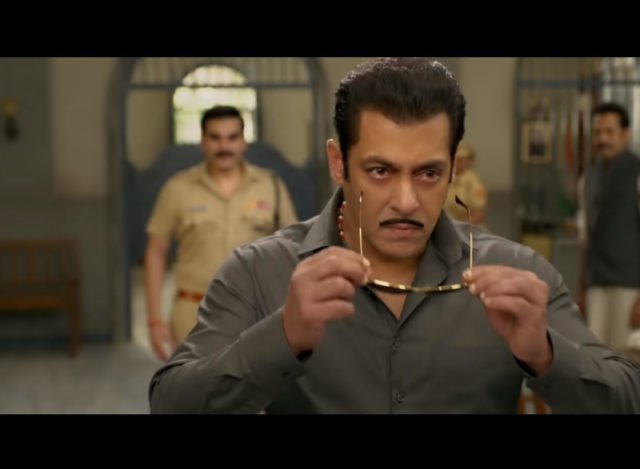 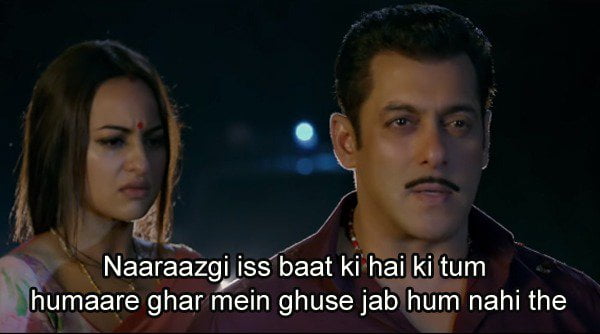 Overall I also liked the pacing of the trailer, which at least gave us a semblance of a story.

Unlike the trailer for Dabangg 2 which literally only had Salman Khan beating people up for over 2 minutes, this one gives us a little bit of the plot and different characters.

Also I noticed how Mahesh Manjrekar’s daughter is making her debut with this film. It is funny, since he played the role of Rajo’s (Sonakshi Sinha) father in the first one.

Sonakshi Sinha’s character seems to have changed in looks a little bit where she looks more like a normal, glamorous, Bollywood heroine instead of a small town cop’s wife.

While in the first two movies her look was more realistic, the clips used in the trailer don’t look as authentic as they did earlier.

There was also the issue of the misspelled ‘Decemeber’ in the last part of the trailer that caught everyone’s attention and also became meme fodder.

Overall, the trailer is not only entertaining in itself but also certainly a gold mine for viral memes and TikTok videos.