Home Entertainment The Times Article On BTS Is Problematic, Factually Incorrect, And Condescending It is always wonderful to see the big and established media houses give attention to a band you admire and respect, especially when the band is non-English and comes from the stereotyped industry of K-Pop.

BTS (Bangtan Sonyeondan), the rapidly rising band in popularity and influence, was recently featured in the British The Times Magazine and it was certainly a big moment for the band and fans alike.

The Times is a fairly respectable and big publication that unlike the entertainment media houses, only features quality content. However, I might be changing that mentality after reading this weird and strange piece of write-up that baffled me as not only a fan but also a journalist/blogger myself.

The 7 member band BTS is currently on their world tour of Love Yourself and recently finished their American leg with an epic and historic performance at the iconic Citifield Stadium in New York.

They are the first K-pop group to ever perform there to a sold-out audience of almost 55,000 people.

Now they are in the UK finishing up performances in London and then moving onto other parts of Europe.

UK, for the most part, has always been a little closed off to non-English music, and while America has accepted and praised BTS a lot, UK was still to be won over.

Thus, you can understand how important The Times Magazine article was since a lot of the general population in London and other areas read it. 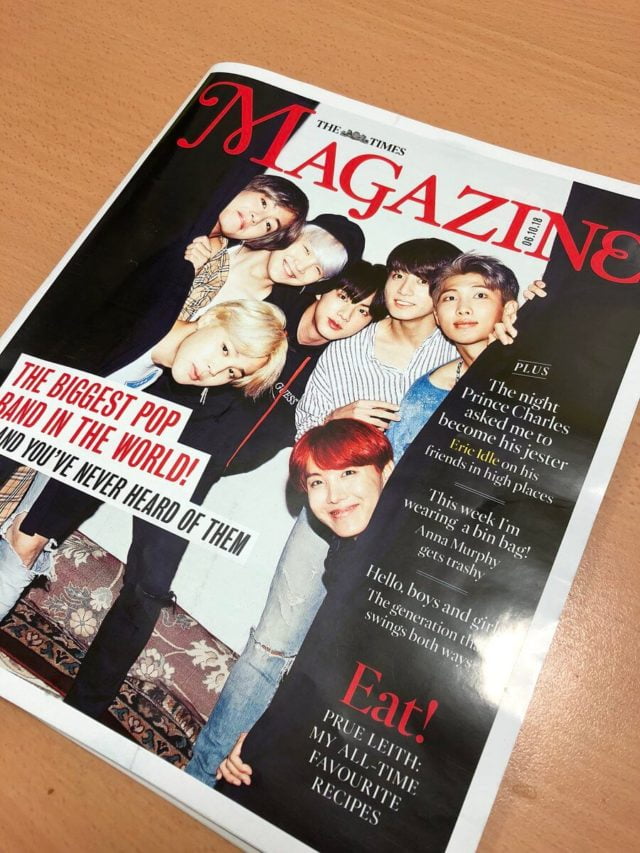 However, the article had a lot of errors that I was extremely puzzled by and wondered who exactly approved this article to go up in the first place. Let me take a look at a few of them here:

One of the first mistakes that jumped out to me and left me baffled as to how it was not corrected instantly would be the name of one of the K-pop idols mentioned in the article.

But last month, two stars, HyunA and K’Dawn, were indeed sacked by their agency after their relationship was exposed.

It is a journalistic rule to at the very least get the nouns, that is places, names and such always correct. It is an absolute no-no and an embarrassment on part of not just the writer but the editor too if such a mistake is overseen.

Here, the name of E’Dawn, a former member of the group Pentagon who was involved in the dating controversy is misspelled as K’Dawn. It not only is a grievous error, but also shows a certain lack of care since they are just K-pop idols, nobody really cares, right.

The second one is not exactly an error but more an assumption that could have easily been avoided had the writer taken the time to add a few words in between.

The Korean-American film director Joseph Kahn recently launched a Twitter assault on BTS for succumbing to pressure to have plastic surgery, a practice that appears to be near universal in K-pop, even for those in the prime of their youth.

Here, had the writer added just a word like ‘allegedly’, or ‘assumingly’ or any other such words before stating that BTS succumbed to plastic surgery, it would have portrayed a very different image.

Now, an average reader could get the impression that BTS have gotten cosmetic surgery done which is not something that has been proven till date.

When the boys dance in their T-shirts, there is never a glimpse of abs; there are leather trousers, but no crotch-grabbing or pelvis-grinding.

I can understand that you want to show how BTS are different and don’t use over-sexualising of their body to get attention, but I’m sorry… have you actually not seen even one of their performances or music videos?

If you had, you would have seen the sultry and sensual moves of ‘Blood, Sweat and Tears’, the abs reveal from No More Dream and more. Applauding them for not succumbing to cheap moves to get views is different, but completely overriding their sexuality and making them out to be some Ken dolls is totally different.

This year a fan petition was organised and questions were asked in parliament, proposing that the rules be changed so that BTS could be saved from this fate.

Again, the facts are distorted here making it seem like it was the fans who were asking for military exemption for BTS when in reality nothing of that sort happened. Instead, it was only the politicians who used BTS as an example to broaden the horizon for who gets exemption from the military. Along with that the authenticity of the petition actually being from BTS fans was also never proven. I have gone in detail about this issue in another one of my article here: Why Is The Korean Media Inaccurately Reporting That BTS’ Fans Want Military Exemption For The Band? 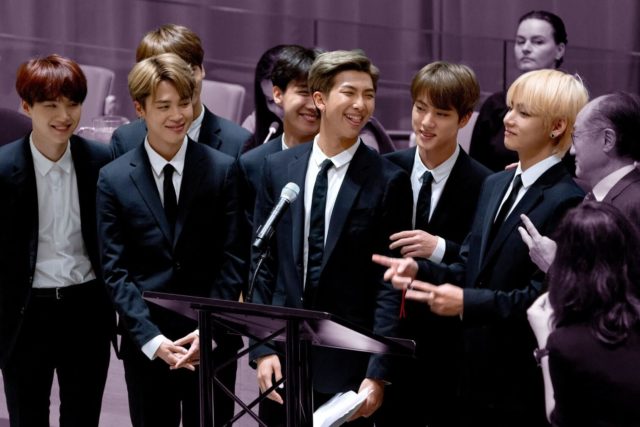 Another thing that was apparent from the beginning of the article itself, was a certain condescending vibe to the words.

From mocking RM’s (leader of BTS) English, by saying that,

He does indeed speak with impregnable confidence and faultless intonation, although (despite the claim of my fan guide that he has an IQ of 148) his occasionally baffling syntax gives the impression that he is channelling Joey rather than Chandler.

to not only targeting BTS, but also putting down the K-pop industry, and its artists.

This seemed to be changing in 2012, when Gangnam Style, the wacky viral video by a chubby South Korean rapper known as Psy

In this line here, the adjective ‘chubby’ is completely unnecessary and puts focus on his physical appearance instead of just addressing him as an artist.

They are a brand, a social-media identity and an ongoing reality show. No wonder their members don’t have time for girls.

This line also rubbed me the wrong way since it reduced all the achievement of BTS as artists and musicians to something akin to being a product.

Even now, the seven of them live in the same house (two of them still share a room),

A lot of fans took offence to the writer’s wordings and commented on the unprofessional article.

High time the English get their arrogance in order.