Another day and another instance of Western media showing us how tightly they cling to their stereotypes, prejudices and xenophobia.

It seems they are drawn to a compulsion in categorizing people into tiny boxes which they can then label neatly for their own understanding and approval.

It’s baffling how reluctant western media can be to something ‘foreign’ to their culture; they are always driven to separate from them by christening it ‘exotic’, ‘unique’, ‘alien’, ‘unconventional’ and so on, as an excuse to make them come off as the norm and everybody else an oddity.

The latest one joining the long list such  behavior would be The Hollywood Reporter article on the supergroup band BTS, written by Seth Abramovitch.

Currently, BTS is one of the biggest musical acts in the world and have recently completed a massive stadium tour that they sold out. Their urban and youthful music has also been receiving awards and accolades at an exponential rate. Recognition is pouring in and only getting bigger, and interviews are aplenty in getting to know these interesting boys.

When it was announced that THR would be writing an article on the boys, it was obviously a big deal to the BTS fans (called the ARMY) who were eagerly awaiting it; the magazine is a big name in the western entertainment industry and many fans thought it would be a great way to introduce the band to the general population of US.

However, what ARMYs expected of the article and what was eventually published turned out be two very, very different things.

Right after the piece was published, I noticed a few fans complaining about it not being what was expected and for in fact coming across as really a bad article altogether.

Now, for a second, I thought perhaps they were just exaggerating… but, I was wrong. 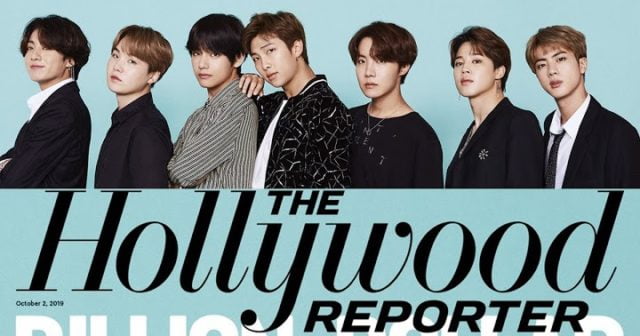 After reading the entirety of it on a G-doc (so glad I didn’t give them my clicks) here are some things I found problematic as a fan, a writer and a reader :

For an article worded at more than 3,000 words, the amount of repetition really just bugged me. Because that’s what they tell you in Writing 101; do no repeat information.

And yet, in the very beginning of the article, the fact that BTS accounts “for $4.65 billion of South Korea’s GDP” was already repeated twice, with barely a few paragraphs in between.

I’m forced to wonder why this allegedly ‘senior writer’ did not have anything else to fill that space with.

Yet another instance of repetition is of a quote by the leader of the group RM- “When we’re out there on that stage, we’re there to conquer. We think we’re the ones.”

What exactly did Abramovitch do when he met the world’s biggest band since the Beatles, face to face? Did they refuse to give him enough quotes to put in his article or was he distracted by the fact that he was in one of the most posh restaurants in Seoul, having ‘506 hour aged pork’ and Soju?

Because out of a whooping 3,063 words he published, the only quotes by BTS amounted to a measly 806 words, and this pitifully includes the things BTS and Bang PD said but were not quoted on.

His trip to Seoul, apart from the luxurious dining and meeting the coveted boy band, comes off an expensive waste of time and energy.

#2. Did I Just Read A Wikipedia Article?

If I was expected to read a Wikipedia article about BTS, the writer should have added a backlink to their page instead of having the reader go through a chunk of basic information that was easily available in said website.

And the amount of scoop the fans or readers would want from BTS themselves was a bare minimum.

In the time it took me to read the article I could have had seen a whole video of the bloopers of ‘The Good Place’.

Even if we take it as an attempt at profiling BTS for the unaware general public, I would still just suggest to Wiki them!

The article comes off as pointless. If I were newly introduced to BTS through the article, I do not really get any in-depth look into the artists themselves; their technique, the way they make their music, how they select topics and themes, etc would be vital information to understand them, and all of it is missing.

I mean, the least Abramovitch could have done was give a brief introduction of each member or their ongoing projects, which wouldn’t be difficult because there is a lot of content on the boys out there and it doesn’t come scarce.

For example, the leader of BTS, a young rapper RM, brought out his melancholic but touching mixtape ‘Mono’ last year, this year he did a collab with Lil Nas X for Seoul Town Road. Fellow rapper J-Hope also had his mixtape Hope World and very recently came out with a collab with Becky G for Chicken Noodle Soup that broke records instantaneously.

Individual members also released some self composed and self written solo songs; Jimin with his beautiful ‘Promise’, and V with his artistic ‘Scenery’ and ‘Winter Bear’. Jungkook is apparently working on his own mixtape.

There is no dearth of extremely interesting information to be learnt through question to ask them as artists, musicians, creators.

And hence the THR article seems like a wasted opportunity. 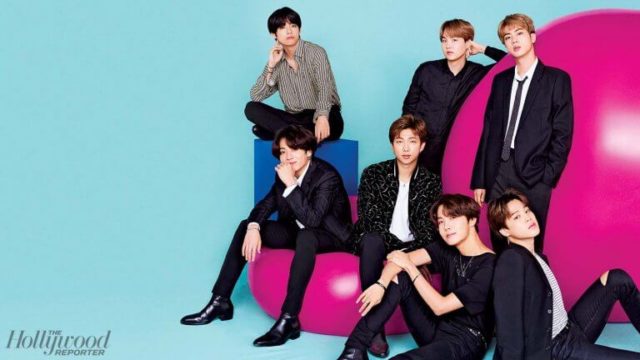 #3. The Xenophobia Was Dripping In This

I saved the worst for the last; the amount of xenophobia in this article, starting with his offhanded mention of Jonghyun (member of a respected Kpop boy group named SHINEE) who tragically passed away in 2017, succumbing to suicide egged on by societal pressure of the Kpop industry.

On one hand, I don’t disagree with Abramovitch calling out the problematic K-Pop industry; there are several things still wrong with it and they surely do need to be mentioned and addressed. Especially since some fans tend to romanticise the industry and think everything is roses and sunshine, when it is not.

However, in my opinion there was absolutely no need at all to bring the deceased singer Jonghyun into the piece when it served no purpose. The writer didn’t even have the decency to address him by his name and just used him as a way to add spice to his article ultimately disrespecting him.

Another naïve instance of lack of effort is when he introduced Jungkook as the “band’s maknae — a K-pop term for the baby of the group”.

First of all, the term ‘maknae’ is not slang K-pop term; it is a Korean word.

Similar to how an older brother in Gujarati is called ‘mota bhai’, or a mother in Marathi is ‘ai’, or in Punjabi a brother is  ‘veer ji’, etc, a ‘maknae’ in the Korean language ideally means the youngest child of the family, but it can be used in other settings like a class room, an office, work groups and more. The word generally implies a junior.

And this information is coming from someone who barely knows any Korean in the first place; all it takes is some basic research on the language.

So, it’s infuriating as a writer that not only did Abramovitch do no research, but he also admits the only real effort he put in to get a background check on the band was during his flight from Los Angeles to Seoul.

Way to set a precedent for up-coming writers who will think it is totally alright and professional to do the bare minimum research on someone they are writing about.

Afterwards, it seemed to me that he also comes off as a little offended when the members were not jumping with joy and glee at seeing the white American bring them airport souvenirs like pins, Hollywood and Beverly Hills signs, etc which he bought last minute at the LAX airport just before leaving.

This begs the question, did his company just spring this whole thing on him last minute? Was the poor guy dropped at the airport with a note that he had to interview BTS without any time to prepare or bring a token of thanks from his team?

If so, I truly feel bad for him.

To be honest, we as fans were noticing a change in the initial way the big publications were treating BTS like an exotic trend, and how they were slowly moving past and away from more of such rubbish being written about the band solely for to get attention.

Guess we were quite wrong, apparently.

On a positive note, it was relieving to see that it’s not just the ARMY who are disappointed; well-known and respected journalists are displeased and are criticizing the condescending article:

Don't read the Hollywood reporter article. Don't give them clicks. The whole article is condescending in a way and the way they hyped it was dicusting esp after the digs they made at bts .

Don't read the Hollywood reporter article. Don't give them clicks. The whole article is condescending in a way and the way they hyped it was dicusting esp after the digs they made at bts .

journalists who interviewed BTS are speaking up on the THR article bc they know who BTS are & how they are not only as artists but as people. pic.twitter.com/pcpwcDCfOm

what a poorly written profile! it’s basically a mediocre wikipedia article except there’s just one wikipedia editor with a massive ego writing it up https://t.co/xiDOhg2vaU

Imagine if you let someone who (a) was familiar with the group they were profiling and (b) knew about the K-pop industry write this feature. Imagine! https://t.co/XgdFtBrX4g

And this. You should be ashamed of yourselves, @THR. pic.twitter.com/flXg11N9KA

This most certainly is a positive step towards encouraging proper interviews, especially with known journalists calling out bad and prejudiced writing when it is published like this.