Recently the entire cast of the popular TV show Shararat reunited after 11 long years and thus sparked rumours about a possible comeback on the Indian television.

For all of those who you don’t remember the show, let me tell you the awesomeness Shararat was. Jiya and Naani doing crazy magic to stop Pam from ruining Jiya and Dhruv’s love story? And that annoying neighbor, Shanti aunty? Yes, that! 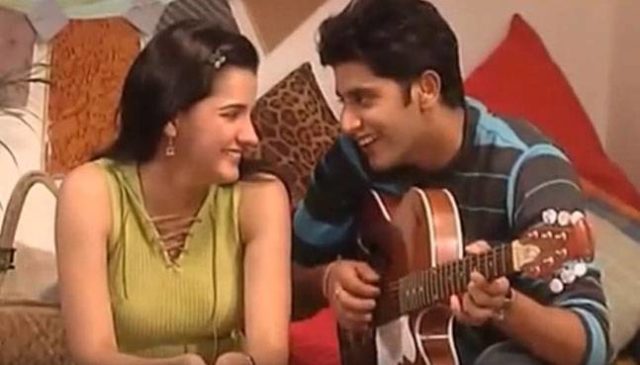 I remember rushing back from school, to quickly jump in before the TV and sit down and watch Shararat. No one could come between me and Jiya at that time. Neither my dad’s cricket match nor my grandmother’s Saas Bhi Kabhi Bahu Thi.

Shruti Seth (Jiya) did a poll on Twitter asking people if they wanted a season 2 of Shararat. The response was immense and positive. 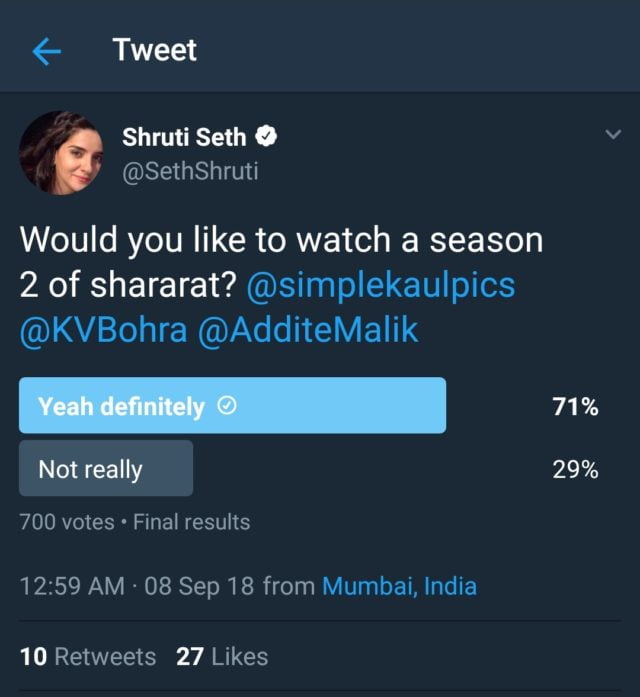 After that Shruti and Karanvir Bohra (Dhruv) posted some pictures on their Instagram accounts where the entire cast of Shararat was seen together.

Seeing the pictures it felt like it was only yesterday when they aired Shararat’s finale and I was crying, asking my mother when would I get to see Jiya and Naani back. It was as if nothing had changed!

Farida Jalal aka Naani heading the table and everyone sitting beside her, chatting and laughing, it was truly a picture perfect moment. 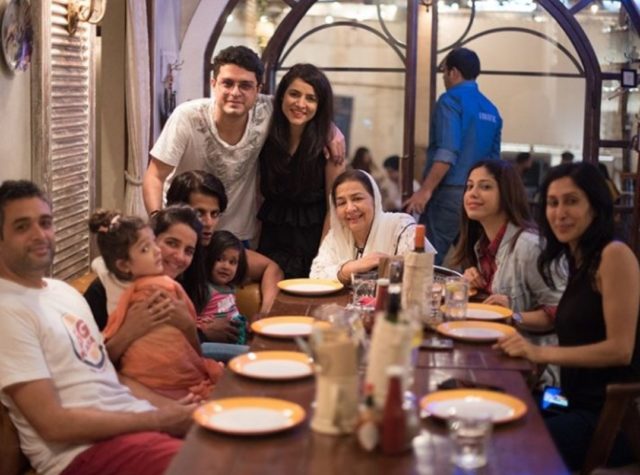 The pictures sent me down a nostalgia trip, and I couldn’t help feeling excited about the possibility that maybe Shararat will finally come back!

A few months ago, Shruti Seth had raised all the nostalgic fans’ hopes by hinting at a possible second season.

“All the actors want to reunite for a fresh season. We have been getting a lot of love from the audience and it is asking for a second season. So, I think it would be a smart thing to pursue it. But it is not as easy as one would hope. But we can keep our fingers crossed.”

Also Read: KBC Asks: “Which One Of These Film Stars Has Alia Bhatt Not Yet Kissed On Screen?”

I already have a lot of high expectations from Shararat if it makes a comeback because it was truly a show ahead of its time.

When the entertainment industry was sprawling with saas-bahu dramas and conspiracies, Shararat was a fresh, unique show.

It wasn’t just a show for kids like Sonpari and Shaka Laka Boom Boom because it was enjoyed by both adults and kids equally.

So if the show comes back, I don’t want it to ruin my memories from earlier, like Sarabhai vs Sarabhai did after it’s comeback.

I want it to be simplistic, fun and relatable like before however I could definitely do with a more independent Jiya. I would want a Jiya who doesn’t let her life be dictated by a college Cassanova’s whims and fancies. 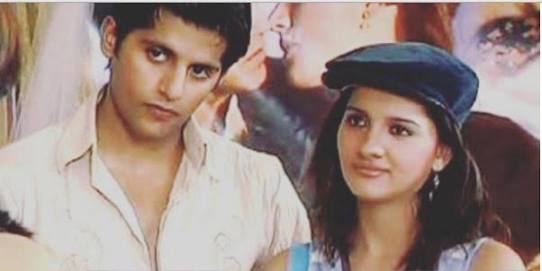 I don’t want to see the usual jealousy filled catfights between Pam and Jiya because we know it’s 2018, and women are better than that.

We all remember how Jiya’s adorable, dutiful mom Radha, who could also do magic, was afraid to do it because she wanted to lead a normal life for the sake of her “muggle” husband.

I really wish that in the comeback season, Radha stands up to her husband and tells him that she isn’t just gonna stop doing magic just because it makes him feel uncomfortable. 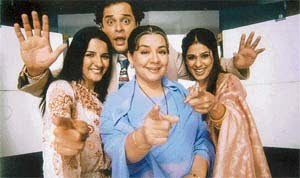 The show had a huge following because each episode was hilarious, larger than life and we could all feel close to the cast. The huge cast with its array of supporting characters like Shanti Aunty, Meeta and Raja made sure that there was a character for everyone to relate to.

What I wish is Shararat to come back as the sweet and simple, slice-of-life family drama.

There’s no doubt about the fact that Shararat is a show that’ll still be very relatable and enjoyable because frankly speaking, who doesn’t like a little magic in their lives?