After months of dedicated effort and hard work, a team of students from Shaheed Bhagat Singh College has come together to organize the first edition of TEDx SBSC on 23rd February, 2019 at Vallabhbhai Patel Chest Auditorium.

The young minds at TEDx SBSC believe that the youth of today are the leaders of tomorrow. Keeping this in mind, they aim to build a platform that allows them to spread ideas that concern the technology-driven Generation Z.

Gen Z is the demographic cohort following the millennials, which in much simpler terms, means those born after the mid-90s.

This generation is the most evolved form of humans ever, and what makes them stand out from the previous generations is their early exposure to the internet. Since they are living in a world of constant upgrades, their attention spans are comparatively short, which makes them less focused, but at the same time, it makes them more efficient.

TEDx SBSC has a diverse speaker line up that contains hosts of eminent personalities, which includes the following:

Having performed for some of the greatest magicians such as ‘Derren Brown’, ‘Penn & Teller’ and ‘Dynamo’, he has done over 100 shows in the country. His performances have a theatrical element to them, as Karan uses his easy charm and sense of humour to completely disarm his audience.

With more than 89k subscribers on YouTube, Manish is one of the most recognized faces of the stand-up comedy industry. He used to be a Commander in the Indian Navy before he decided to become a stand-up comic in 2014.

Also Read: TEDxSGGSCC Brings Together Thought Leaders, Changemakers, And Innovators Under One Roof

An Officer and a Gentleman, he has some very funny tales to tell from his life experience. His style is full of unprecedented stories blended with wit and humour. Till date, he has done over 50 solo shows, hosted over a 100 shows & many more open mics.

Nabila Jamshed is an international security, public policy and global governance professional currently working with the United Nations. With a Master’s degree in Global Governance and Diplomacy from the University of Oxford, Nabila joined the Organisation for the Prohibition of Chemical Weapons during the organization’s work on chemical disarmament in Syria, for which it was later awarded the Nobel Peace Prize.

While with the UN, she co-authored the UN Environment Programme and UNU’s Inclusive Wealth Report for 2014. She specializes in the UN’s work on preventing conflicts, crisis response, and outlawing weapons of mass destruction.

Mr Harinderjit Singh is an experienced Partner at PwC with a demonstrated history of working in the accounting industry. He is skilled in Corporate Law, Board Governance, Auditing, Accounting and Leadership. He is a strong Entrepreneurship professional having qualified as a Chartered Accountant and Post Graduate Diploma in Management Studies. 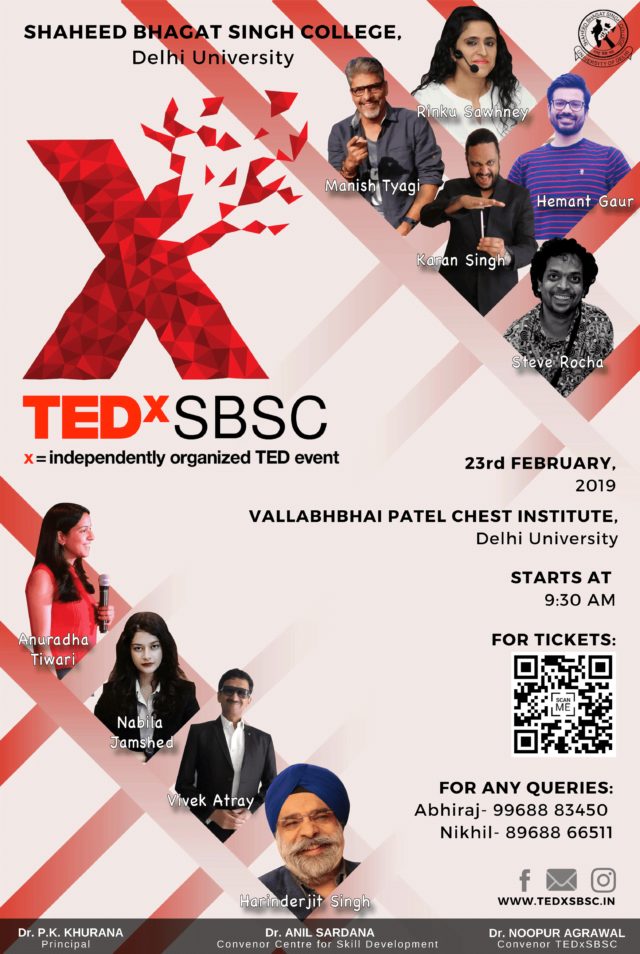 Oh, and don’t forget to collect your goodies and have delicious lunch and snacks while you get to hear their amazing speakers.

ED is proud to be their blog partner.