Home Politics Should The Voting Age Be Lowered For The Politically Aware And Involved... Have you ever felt a rage run through your veins when you look at the outcome of a contested election? You go around asking people who they voted for because your political opinion forms a great impression of the person’s mindset.

The major setback in this ‘political excitement’ is that even though you have a strong political opinion, you cannot vote if you aren’t 18-years-old yet.

I missed the opportunity to cast a vote by just a few months and there is nothing sadder than that because now I have to wait five more years for my political opinion to finally land into the four walls of the ballot room.

Had the voting age been lower, I along with many other young minds would have had the privilege to have their opinion considered.

Why Is The Present Voting Age 18?

Bill No. 129 of the Constitution’s Sixty-first Amendment Act was introduced in 1988 which lowered the voting age from 21 years of age to 18.

B. Shankaranand stated that “The present-day youth are literate and enlightened and the lowering of the voting age would provide to the unrepresented youth of the country an opportunity to give vent to their feelings and help them become a part of the political process. The present-day youth are very much politically conscious. It is, therefore, proposed to reduce the voting age from 21 years to 18 years”.

The past 31 years have seen a major change in the political scenario of India and as a part of the youth of our country; I strongly believe that the voting age should be lowered much further. 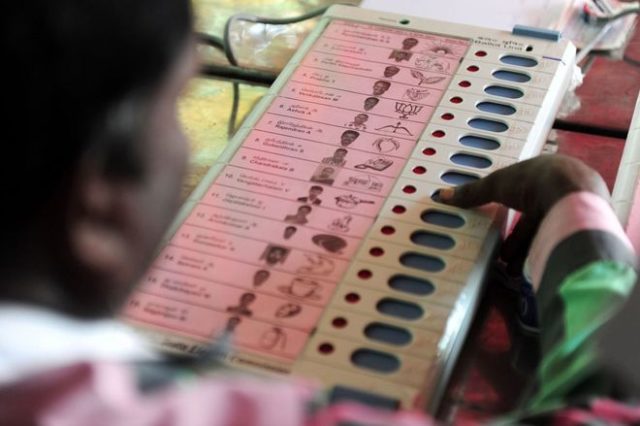 Reasons Why The Voting Age Must Be Lowered

It often said that the youth of today is the future of our country, so why can’t the future be made responsible today?

By lowering the voting age to 16, we are not only pushing the youth to be politically aware but are also vesting them with a certain set of responsibilities.

When given the power to vote, teenagers will be more skeptical about the progress of our country under the rule of a certain government. They will learn to be more analytical towards situations.

According to statistics, 900 million Indians were eligible to vote in this year’s elections and only 67% cast their vote. If the voting age is lowered, this very percentage could be higher.

Moreover, the youth is comparatively more aware of what is missing in India’s way of becoming a developed country. Vesting us with this power motivates us to speak up about the ideas we have towards our development.

Also Read: 5 Simple Strategies To Get On Track After A Setback In Life

Age does not assure maturity. A 16-year-old can be as mature as a 21-year-old; with teenagers taking up to protest against government actions such as in the case of the Aarey forests or environment protection. It just proves that we are mature enough to know the difference between right and wrong.

We are not the generation that is influenced by propaganda.

In my opinion, the older generation, over the years has developed a certain affinity with a particular ruling body and it is the human tendency to overlook the mistakes made by someone you trust.

It is like buying toothpaste. You don’t opt to buy a new brand of toothpaste, instead, you rely on what you have been using for years even though today there is proof that it could be harmful.

The young minds don’t have this sense of affinity, they only know of the speed of India’s progress. It will be a clearer form of the outcome if these young minds would be allowed to vote too.

What Exactly Is The Ram Janma Bhoomi Issue: Demystified Here