Shashi Tharoor, once again, had netizens reeling over his supercalifragilisticexpialidocious vocabulary. It is not unusual for him to use really complicated words to address even more complicated political situations.

This time was no different when Mr. Tharoor used “Schadenfreude”, a German word which means, “pleasure derived by someone from another person’s misfortune” in a tweet supporting P. Chidambaram. 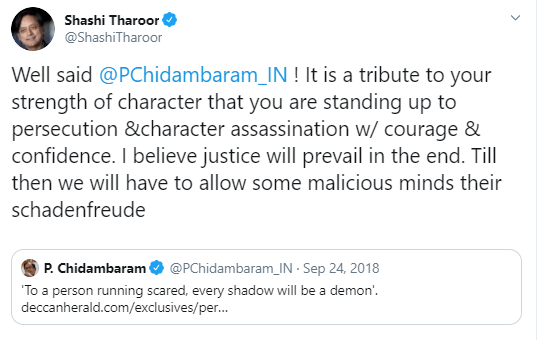 When we see someone fail we are rewarded with the feeling that we are better off than them. In fact, there is an industry around Schadenfreude online with “funny fail” videos such as “Jump into pool gone wrong” or “pranks gone wrong”. These videos get millions of views and are a lot of fun to watch.

They are a non-fictional evolution of the slapstick comedy that we see in Charlie Chaplin movies and read in Shakespeare’s comedies going back, probably, to the origin of laughter itself. 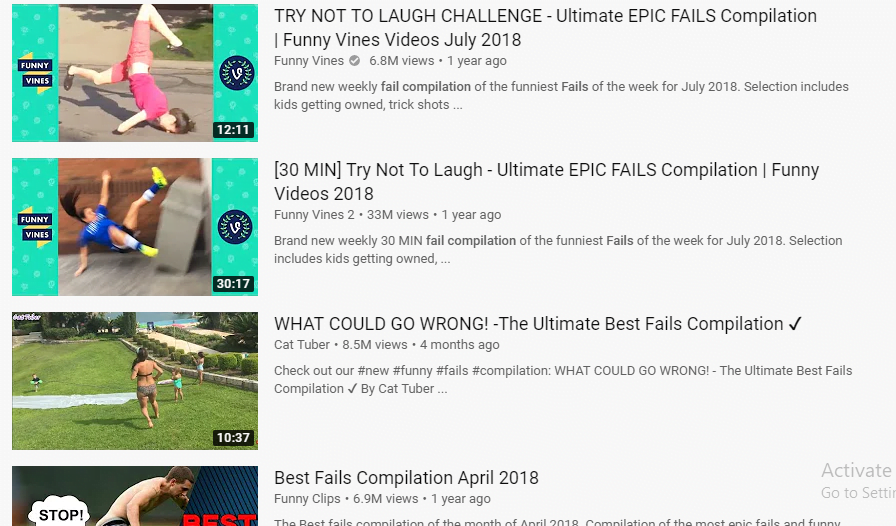 Schadenfreude only peaks when the victim in question is conceited, deserving or affluent and hence, we tend to enjoy when famous celebrities fall from grace. This is why these scandals generate so much more media attention. We also get the same high when the sports team we support wins: a feeling which is still rather innocent.

But, Where Does The Fun In Schadenfreude End And Toxicity Begin?

The answer is Politics. If schadenfreude is a product of in-groups (the group you support) and outgroups (the opponent) in sports, then it should not come as a surprise that it always gnaws in our political parties where the victory of one side means a definitive defeat of the other.

Studies on schadenfreude in politics claim the same thing: “Party affiliation and the intensity of ingroup identification strongly predicted whether these events produced schadenfreude”.

This explains why when the Congress party slips-up or a member of the party commits a blunder, the BJP and its supporters report feelings of schadenfreude and vice versa.

What confounds matters is that politics always involves the security and distress of millions, and in the case of India, billions of people.

The failure of the opponent group can often produce bad consequences for everybody and yet the most disturbing thing is that even in these cases the people report to feeling schadenfreude as long as their opponent lose out.

Also Read: What Do Millennials Think Of Shashi Tharoor?

Can Schadenfreude Be Used To Influence Political Outcomes?

Many politicians use schadenfreude as a tool to gain more attention in the media, Donald Trump being the poster child for this phenomenon. With his multiple missteps and gaffes, Trump openly participates in and even offers the opportunity for guilt-free schadenfreude.

This is highly disturbing because it is usual for Trump supporters to take pleasure in his positions but what is more common is the fact that his opponents feel the same pleasure. In fact, for many, reading his controversial tweets is just as enjoyable as watching a fail-compilation video.

The news media registers this feeling as interest and as a result gives him an enormously disproportionate amount of media attention which makes him the center of the whole ball of wax.

This is why it is very important that we stop registering schadenfreude in politics as fun or entertaining. In the modern society, filled with toxic competition and schadenfreude, the news media is showing us both its best and its worst side. With each new scandalous and shocking report, the schadenfreude becomes increasingly strong.

Just like a drug, schadenfreude is addicting and the media should limit its use because a growing tolerance for schadenfreude will mean a growing desire for more instances of mistakes by powerful politicians: the same mistakes that ultimately decide the fate of billions.