8th March is International Women’s Day, the day when women across the globe are celebrated for all that they do.

With patriarchy, unequal pay, harassment and abuse and many other issues that women are still struggling with along with the fact that many till date consider females as the inferior or weaker gender, it is not that strange to see one day being dedicated to them.

Although, personally I do not really see what difference it makes, one day everyone is showing off on social media, using poetic and flowery language, praising women and then it’s back to the grim reality.

But it doesn’t change the fact that it still feels good to see women from different cultures, races, colours and ethnicity come together to show solidarity and love to another.

Even men join into this, with many showing appreciation to the women in their lives and acknowledging their hard-work.

However, there are also some strange people who just cannot deal with all this positivity and simply have to give their 2 cents (paise in India) about what they feel about women’s day.

It was my utter pleasure to have come across some of them, but what really made it even better was the savage replies that some of these tweets got. Here are a few that really caught my eye:

This whole entire conversation is just hilarious, the best line would definitely be when the guy says that a boy being a feminist is wrong. The woman really has the patience of a saint. 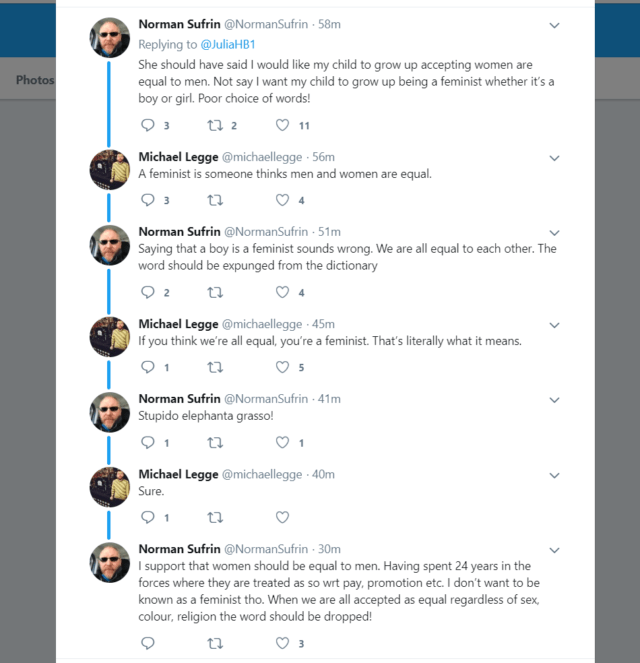 This woman really commented almost exactly what I was thinking when I saw this cliched tweet. 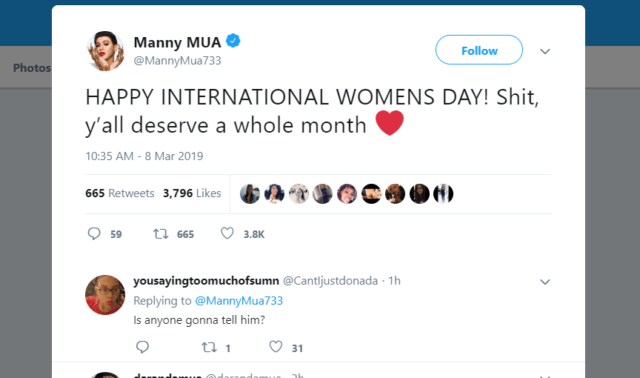 This reply to a woman saying how Meghan Markle had no right to feminism, because she allegedly threw away her career to marry someone. Right, because the entire point of feminism is just for women to appease what other’s believe a strong woman is all about.

Feminism is about choice? Pfft… no, not at all. 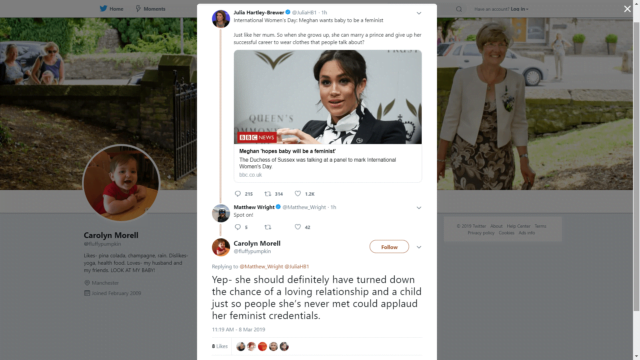 The next few ones are to Piers Morgan’s tweet wishing women’s day to only women who do not whine about men. Because doing so is just against the rules of feminism. These people really did not hold themselves back though and gave him as good as it gets. 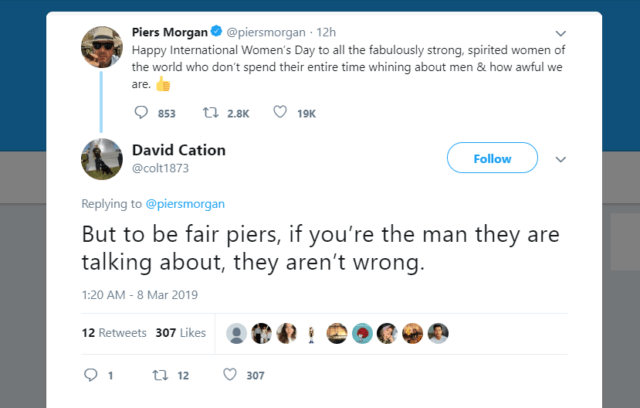 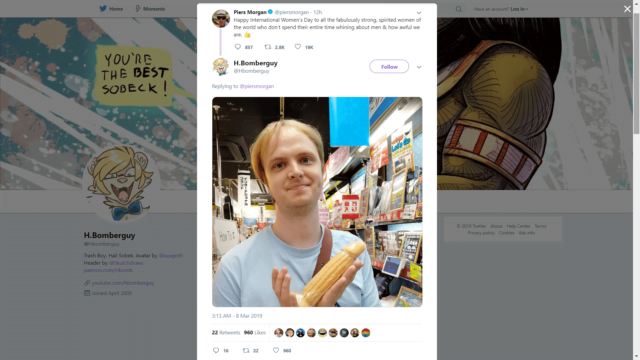 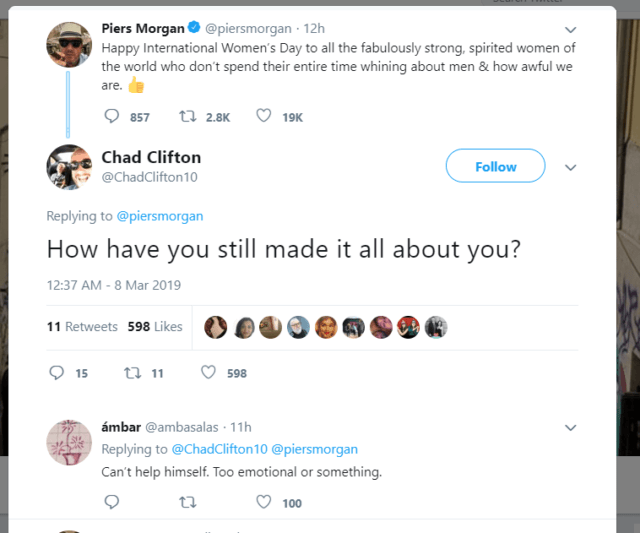 This dude really gave it back to this nonsensical tweet very well. 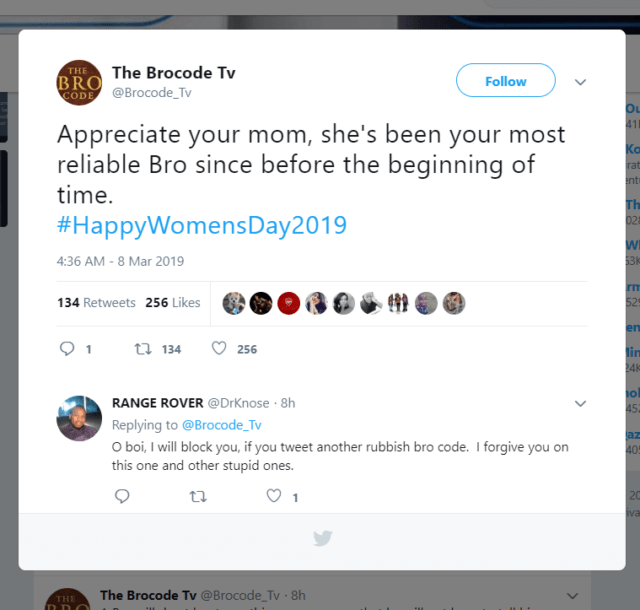 I don’t understand whether the guy was just being a troll and trying to rile somebody up or really believing that what he said was not the literal definition of feminism. 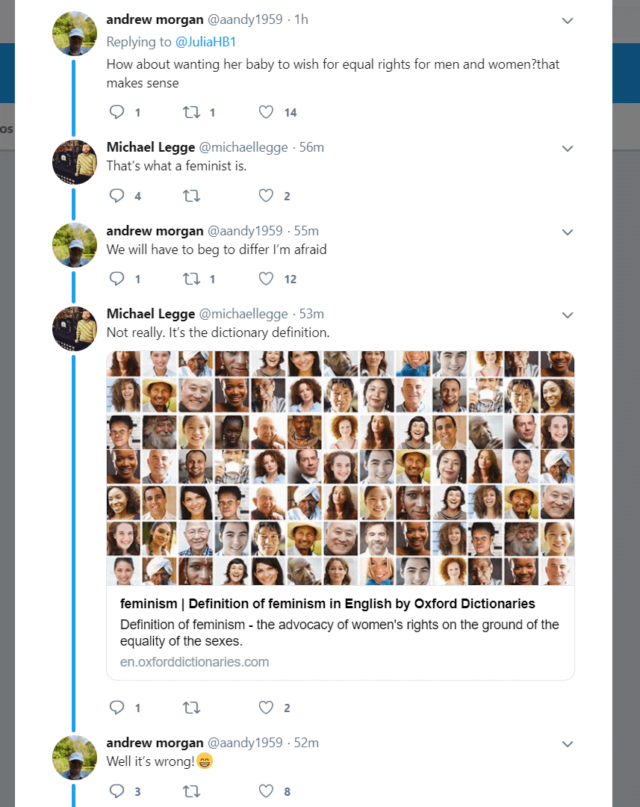 Not a tweet really, but this meme is really something that explains what should be told to all the people who are either asking for ‘why there is no men’s day’ or are just bringing down the vibe of the day. 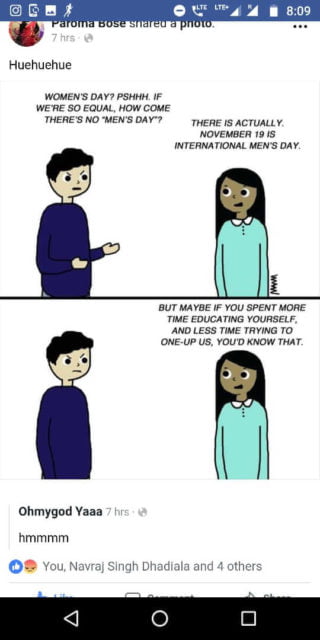 This reply to Shashi Tharoor’s tweet is just golden and nothing can beat it. 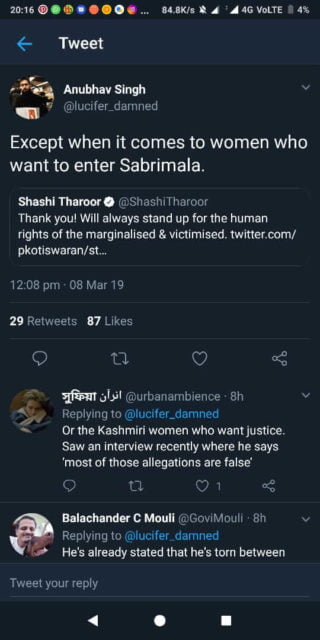 This tweet in itself is perfect, but the reply to it makes it even better.

he should be careful propping those doors open, a non-real man could enter at any moment and turn it into a 50% abuse-filled elevator

To be honest, it is never great to see that some people still hold such negative views on feminism and women’s day, a day that is meant to uplift and empower women.

Not that you cannot criticise women, or call them out on the wrong or hypocritical things they might be doing, but at least do it in a more sensible way.

Anyway, these were same that came my way, if you saw any other ones that deserve a mention do let us know in the comments below.