In hopes that this step will drastically improve the state’s economic conditions and will be a first of its kind innovation driven economy in India, Telangana IT Minister KT Rama Rao extended his wishes to Sama and promised support in all terms.

How redBus Came Into Existence

After being left out in Bengaluru for Diwali weekend in 2005, due to unavailability of bus tickets to Hyderabad, Phanindra Sama felt the need to solve the problem of booking a seat in buses.

With a team of four, which eventually dropped down to three, he and his friends started redBus where agents could login and book a ticket for anyone without any hassle. redBus would check with all travel agencies and bus services for empty seats and update the site with the same.

redBus was later sold to the Ibibo Group for an estimated $100 million. It still operates with the same name and has extended its arms to other countries too.

Also Read: Here Is Why Burger Singh Is Far Better Than Burger King

What Is An Innovation Driven Economy?

There are three tiers or phases of economy for a country or a state. The first one begins with raw materials called the factor driven economy, like Saudi Arabia which has oil selling as its biggest source of income.

The second tier is the product and manufacturing driven economy of the likes of China which sells products and has such high revenue from it.

The third, which Telangana aims to be, is the innovation driven economy which caters to new ideas and technological advancements to solve problems and contribute to the state’s revenue generation.

With the introduction of many schemes and organizations, the state of Telangana aims to be the first Indian innovation driven state.

The Chief Innovation Officer – What Is It About?

Heading the Telangana State Innovation Cell, Phanindra Sama who currently serves as a leading mentor at Kakatiya Sandbox, will work at the grass root level to promote and cater innovation in the state.

“Innovation is all about solving problems. I found a problem, I solved it and there are several thousand minds in India, specially Telangana that can solve problems. The CIO role is all about recognizing them, helping them take the idea to success and promote their success as an inspiration to other innovators”, Sama told ED Times’ Blogger

The startup cell of the state will take the “state as a whole” approach in order to take citizens of all levels of income into the innovation mindset. As CIO, Phanindra Sama’s responsibility is immense and Telangana government believes that they have chosen the right person for the job. 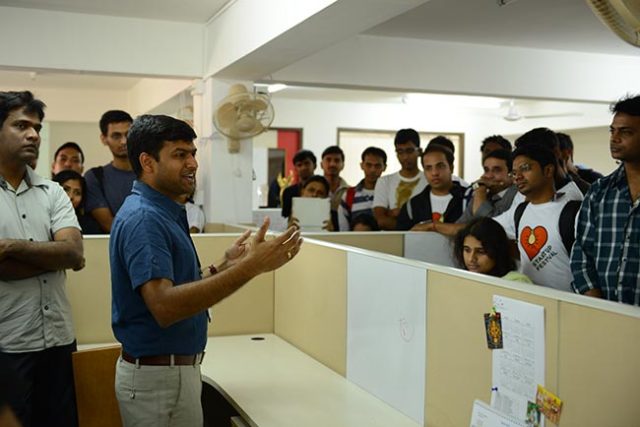 India is ready to witness this change in economic strategies, and there is a huge population of innovators in the country who are ready to grab opportunities when presented. Sama aims for door to door innovation, which if made possible, will take India higher in international economy standards.