The Ramon Magsaysay Award is the highest award given to Asians for their outstanding contribution in the field of government service, leadership, journalism, literature, peace, and arts.

Named after the third President of the Philippines, this award is considered the counterpart of Nobel Prize in Asia.

It was a proud moment for India when prominent Indian journalist Ravish Kumar was conferred the award at a ceremony in Manila yesterday for “harnessing journalism to give voice to the voiceless”.

Born and brought up in Bihar, Ravish Kumar completed his post-graduation in Hindi journalism from the Indian Institute of Mass Communication. He joined New Delhi Television Network (NDTV) in 1996 as a field reporter and today, he is the senior executive editor of NDTV’s Hindi-language news channel called NDTV India.

His popularity grew among the masses as he reported fearlessly on the issues that plagued the lives of ordinary people. He still continues to highlight fact-based ground reality of the public on his daily show named Prime Time, even if it involves challenging the authorities.

He remarkably stands out in a pool of journalists who’ve disrespected and dishonored their profession by turning news into stories.

It is sad that nowadays most channels and journalists have become mouthpieces of those in power.

In his true inimitable style, Ravish Kumar made some bold statements on the deplorable state of Indian media in his acceptance speech. 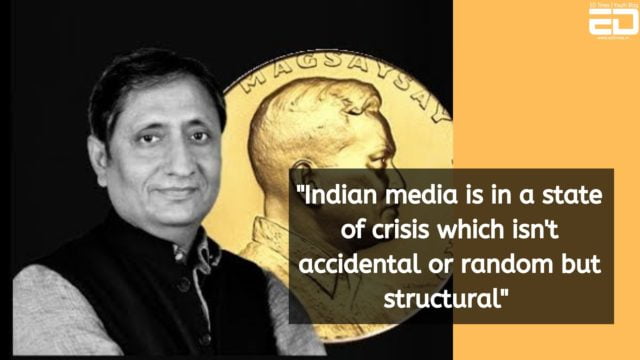 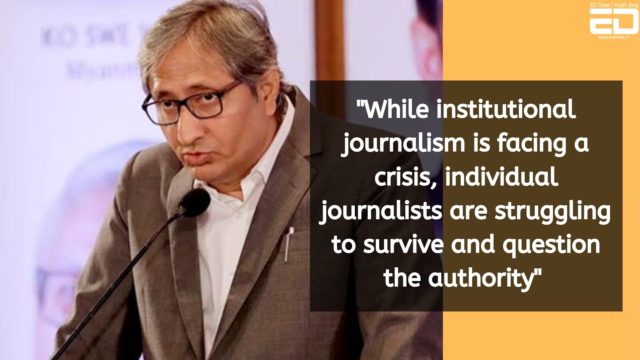 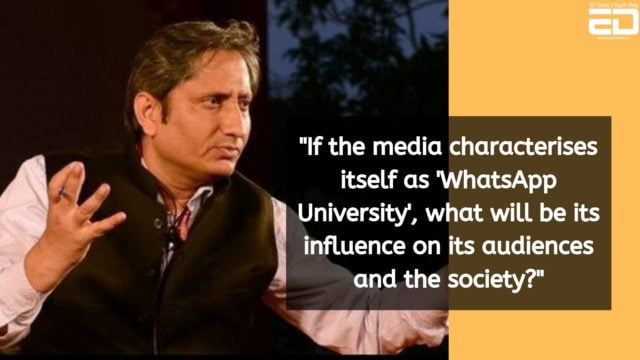 Also Read: How Comedians Are Doing A Better Job At Journalism Than Journalists 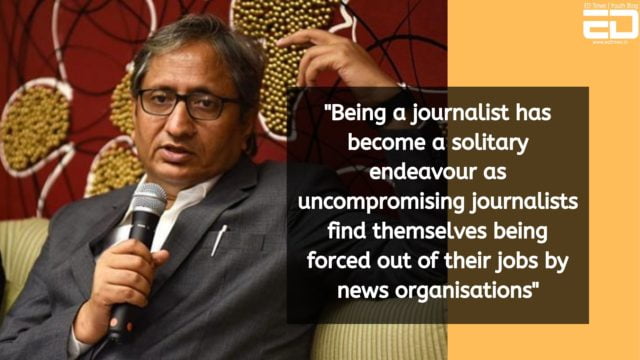 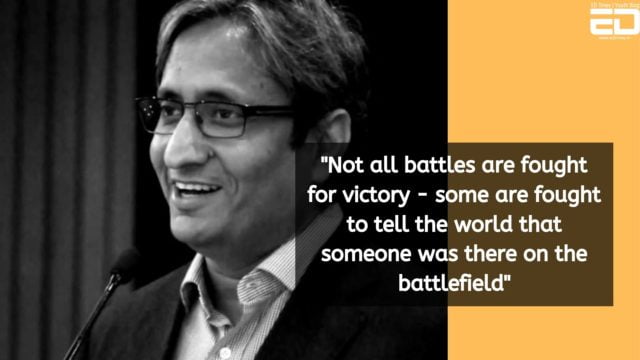 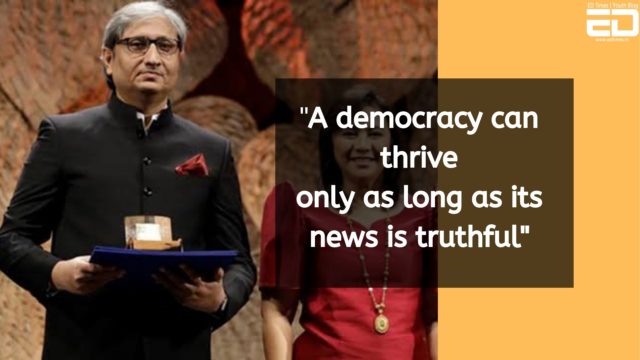 For our democracy to remain healthy, it is imperative for the media to exercise its power to question the authorities and hold them accountable.

Journalists like Ravish Kumar still give me hope that Indian media will slowly but surely catch up with its tremendous potential to dauntlessly shine light on issues that impact the trajectory of our country’s growth.

Do you also think that despite the sad state of affairs that Indian media finds itself in right now, it will see a new and a better dawn? Let me know in the comments below.

Why Is Journalist Manu Joseph So Critical Of The Fit India Movement Which Seems Well-Intentioned To A Millennial Like Me?