Most of us know about or have at least heard of the uber popular Swedish YouTuber, Felix Arvid Ulf Kjellberg aka Pewdiepie. His claim to fame was a set of gaming videos called the Let’s Play Series that revolutionized his presence on YouTube.

Being the highest paid YouTuber in today’s day and age, he also has the maximum number of subscribers at around 76 million that are growing by the second. His content ranges from personal vlogs to animated clips which resonates with people and has led to the creation of a global fan base for him. He even has a series called “Friday’s with Pewdiepie” where he talks about his thoughts and opinions on life, people in general etc.

Recently, there began a subtle rivalry between the Indian music giant T-series and the 26 year old YouTuber. They began competing for subscribers and soon, the subtle rivalry escalated into a full fledged internet war, with stiff competition.

The 29 year old Swede even released a track called ‘B**ch Lasagne’ which was used as a reference to talk about how Indian men send inappropriate messages to women on social media.

The two YouTube channels are going head to head, having around 75 million and 76 million followers respectively. There is a LIVE poll that exists on YouTube, marking each and every second of that rivalry. It shows the number of subscribers for each, increasing by the second. The track, ‘B**ch Lasagne’ also plays in the background of the Live poll.

However, amidst this rivalry, many of his fans began posting racist and hate comments for Indians towards which he expressed great disdain. He said “No more F**k India, instead let’s help India”.

He evidenced this statement by extending a helping hand to the charity organisation called CRY India, that works for the betterment of under privileged children. They were given a donation of around 1.3 crore, under Felix’s initiative.

However, this rivalry has of course, led to the involvement of the fans and loyal subscribers of each to explicitly put forward their views on various social media platforms. A series of comments, jibes and internet propaganda are intensifying the strife. Every post by T-Series on their various social media handles, has a number of Pewdiepie’s loyal fans urging and persuading the T-Series followers to subscribe to Pewdiepie instead.

The poll itself has a plethora of comments pouring in every second, by fans and contemporary YouTubers. The set of comments range from being funny, to rude, to extremely derogatory and hateful.

The T-Series Twitter and Facebook pages are oozing with these jibes and comments. Every single post by T-Series on their various social media platforms has Pewdiepie’s loyal fans urging and persuading people and followers of T-series to subscribe to Pewdiepie. Many subsequent YouTube videos by Pewdiepie also explicitly attack T-series in an array of funny taunts.

There is also a theory that says that all of T-Series is run by sub bots.

Also Read: How T-Series Might Beat Pewdiepie, The Super Popular YouTuber In Number Of Followers

Here’s taking a look at some of the funniest, most outrageous comments by respective subscribers and fans: 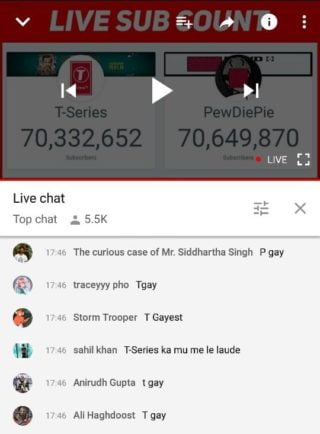 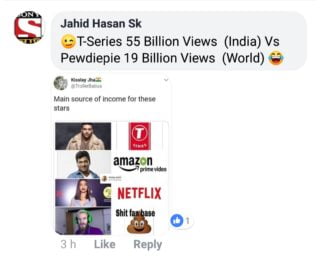 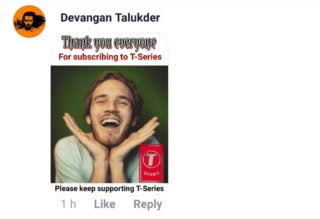 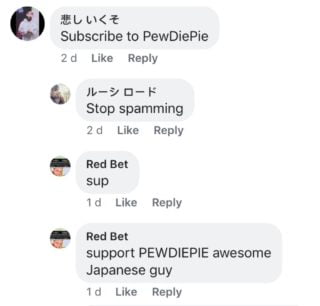 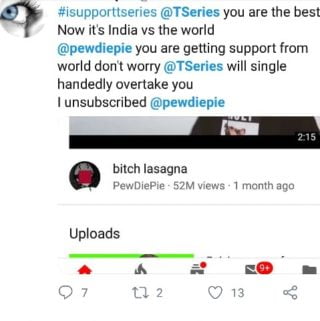 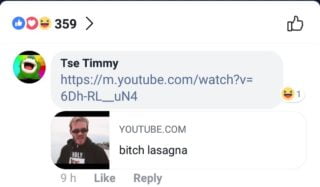 Its a complete treat to watch two prominent social media giants going head to head, barring some of the hate that comes from either side.

It reinforces the idea that the existence and endurance of such social media presences is solely built upon the foundation of popular support in the form of their fan base.

Additionally, it is perhaps the competition that drives both these rivals to strive for more.