On International Women’s Day, women from major Pakistani cities had come together to organize a protest march highlighting sensitive issues such as sexual abuse, domestic violence, dowry and prevalence of a patriarchal attitude towards women, in general.

Apart from raising awareness about these social evils, the posters also read slogans about consent, sexist behavior and male privilege.

While Twitter was all praise for this move, there was also a group of individuals who ridiculed and bashed women for finally demanding their due rights.

Apparently, their fragile male ego was hurt so badly, that they even went on to the extent of organizing a ‘mard march’ (men’s march) to retaliate against the same and demand “equal rights” for themselves.

When The Oppressors Tried To Become Victims

The entire purpose of the protest march held by Pakistani women was to shun the patriarchal norms that still exist in the country even in the face of the 21st century.

It talked about the existence of male privilege and control and just how it has led to a discriminatory attitude towards women in the society.

Now, the Pakistani men who’re completely unaware about terms such as societal privilege and systemic oppression, led their own protest march that claimed to highlight the issues of men but instead, became an extremely sexist incident of mocking women for raising their voices and demanding equal rights.

A horde of their placards and posters went viral on social media and got heavily bashed for the insensitive and ridiculous sentiment they were propagating. 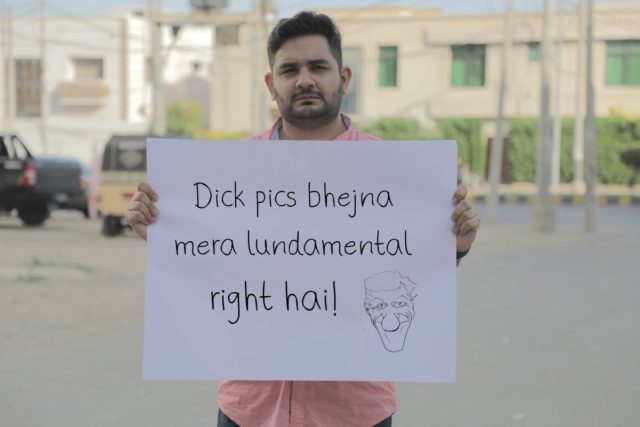 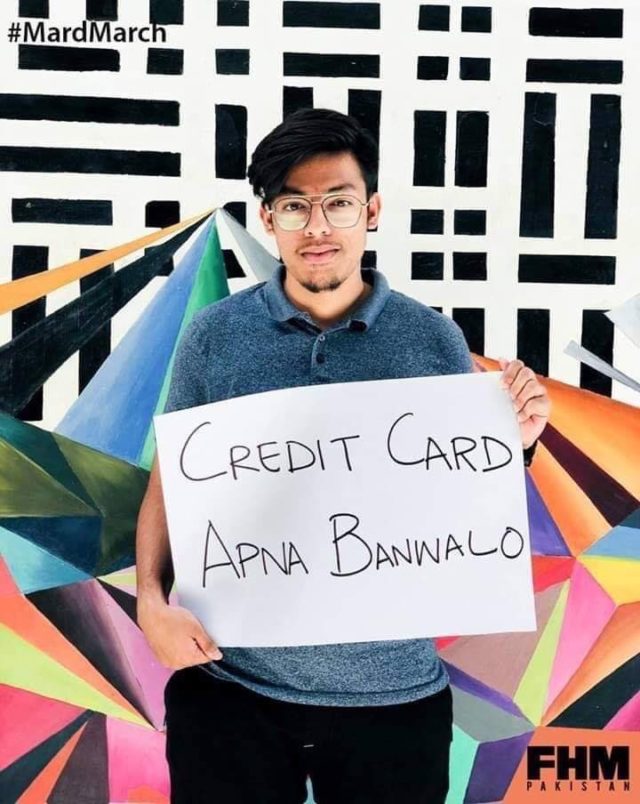 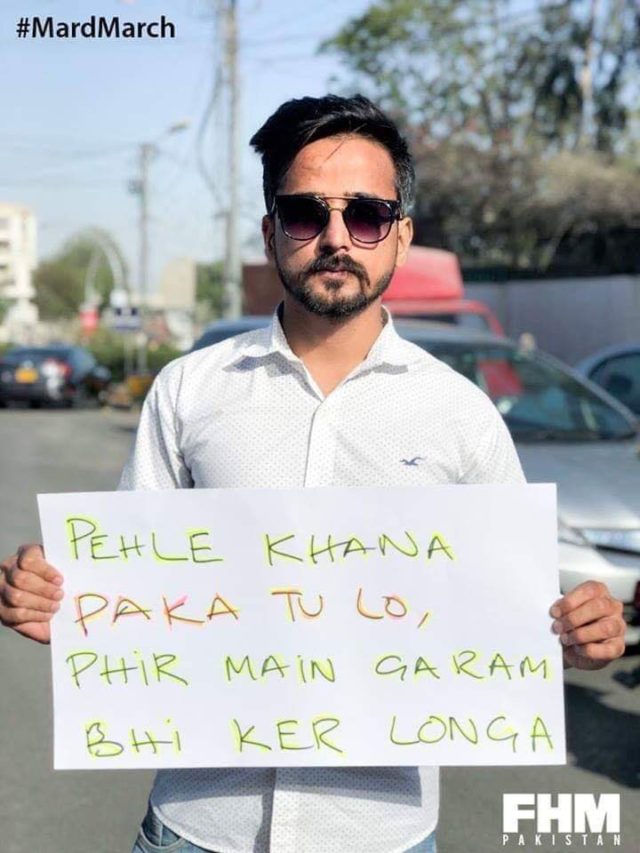 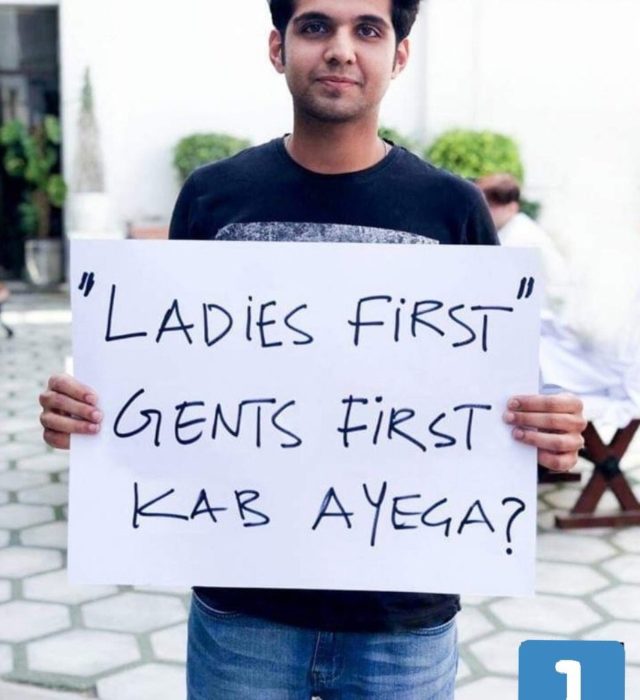 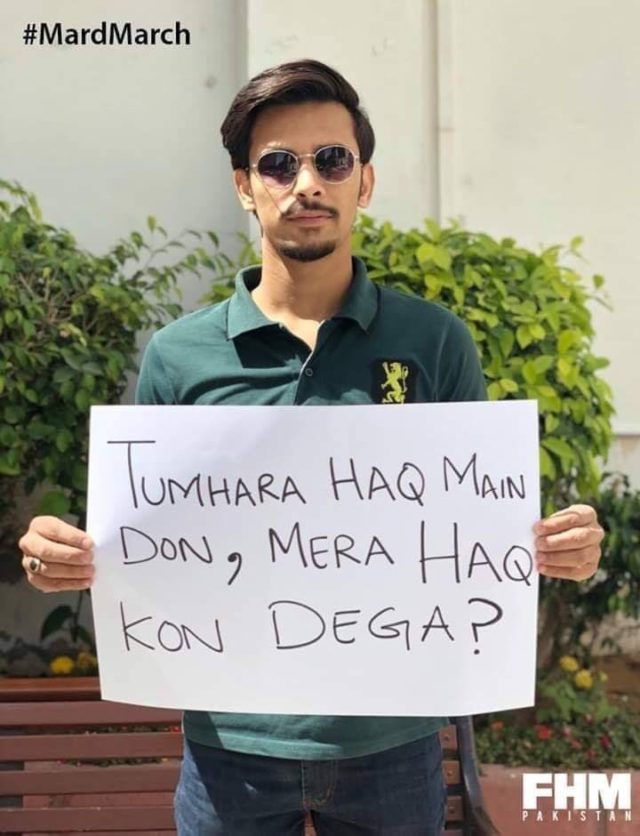 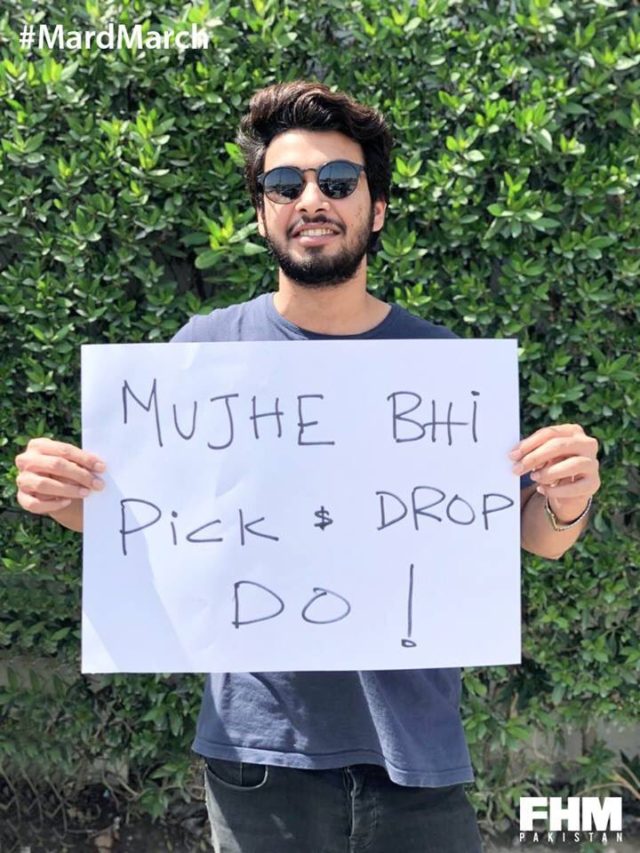 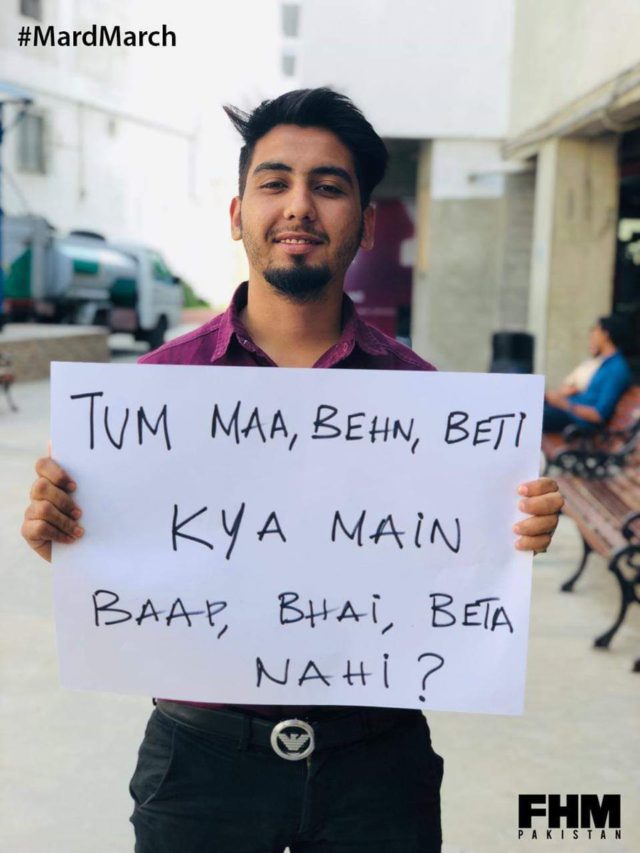 Also Read: Sonu Nigam Comments On Wanting To Be A Pakistani: Have We Failed The Singer?

As these posters and placards went viral on social media, Twitterati also went crazy bashing these male chauvinists for their insensitive and lame attempt at gaining attention.

Here are some of these reactions:

Yo Mards, you were suppose to show maturity and not end up on streets with your own placards in response. 🤦‍♂️🤦‍♂️🤦‍♂️🤦‍♂️
Puri nasal he aik meme paida hogayi hai#MardMarch

Lmaooo… what a joke men are.. in an already patriarchal country they went out for Mard March.
I'm sure they will be holding all the licentious placards to ridicule women so that male fragile ego can be sated.

#MardMarch, because some men get their panties in a twist over women exercising their right to speak out for one goddamn day.
Oh, did I say panties? I mean boxer briefs. Manly boxer briefs. So man, much wow.

Did their placards offend you? It's just locker room talk.

Well, this is not it. There was also a woman who applauded the #MardMarch.

The dire situation of women in Pakistan is acknowledged by the whole wide world today but apparently, their own men do not get the hang of it.

Organizing such a sexist and ridiculous protest where men are shouting slogans such as  ‘dick pics bhejna mera right hai’ and some women even applauding the same, is nothing but a plain mockery of the country in front of the world and again, hints at the deep-rooted patriarchy present in the system.

I wish these men took out the time to understand the issues of women instead of raging war against them.

They need to get the fact that women are not against men, they are protesting against a greater social evil whose practices harm both men AND women.

What we ask from men is not to drive a wedge between the two genders but to instead, support us and stand by us so that we can ward off patriarchy together and forever.