Disclaimer: The following article is built purely on statements collected from students of the college, who were witness to the incident. This does not include the college administration’s side of the story.

AndhaDhun, the upcoming directorial venture of Sriram Raghavan starring Ayushmann Khurrana and Radhika Apte, has gained a lot of publicity.

Ayushmann plays very well, the role of a blind pianist while Radhika is seen as his love interest. The trailer of AndhaDhun was well received by the viewers of Hindi Cinema who were amazed with the thriller and suspense factor in it. The mystery which is shown in the movie behind Ayushmann’s character makes everyone inquisitive. 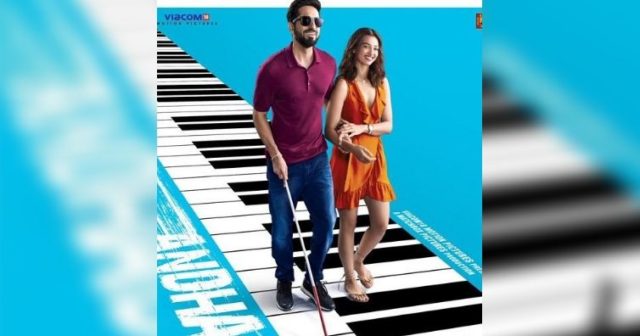 The challenge ahead is whether the movie will do justice to the cause of disability or the portrayal of a visually impaired person is accurate or not? That we are yet to see.

However the promotional event held at Miranda House, University of Delhi was a source of controversy for the movie. Ayushmann Khurrana and Radhika Apte appeared before the students and promoted their film AndhaDhun but one of the activities conducted by the PR Team just went wrong with the crowd.

The students were asked to put blindfolds and dance and remove the folds and act surprised as the star cast arrived. Speculatively, all this was happening in front of the visually impaired students who had no clue.

Additionally, the student body expressed disdain towards this promotion tactic, as they felt that it was insensitive to the PwD students. The college was buzzing with excitement due to the presence of Ayushmann and Radhika that nobody realised whether the move was problematic or not.

Also Read: Disability In Movies Is Either Meant To Be Comic Or Meant To Generate Immense Sympathy: Why?

Some students also report how the visually impaired students were just brought to the same room, for no particular rhyme or reason. All these issues might just seem too small in isolation but it is this trivialisation that has been internalised by us, ultimately leading to a skewed understanding of disability.

The administration and the college authorities are yet to report this event but the students have reported the issue through social media. This spirit of rage is highly commendable on the part of the students, but the issue is still being traced and the proper understanding of the issue is yet to take place.

This controversy has however highlighted the underlying issue which is that of ignorance and our alienation of persons with disabilities. One might feel sympathetic but is it what they want?

The assumption till now hasn’t been verified as true or false. But in case it is the truth, strict action is the need of the hour. Let’s hope the confusion gets cleared soon.