If you want freshly made idli and dosa, then you know the challenges ahead. The first step is to soak the ingredients overnight and then grind them in a mixer to get it to just the right amount of smoothness. You then have to let it soak overnight once more and go to sleep praying for it to rise.

The next day, you put the batter on idli cooker and hope for them to come out as soft as a flower. But, if you are anything like me, then you probably gave up before you even started.

Mr. Mani Krishnan has solved all of these problems for you. Owner of Shastha Foods, Mr. Mani, from Thirunelveli, Tamil Nadu, has revolutionized the batter industry for the many Indians who’re based in the US and are dying to get a taste of their land. 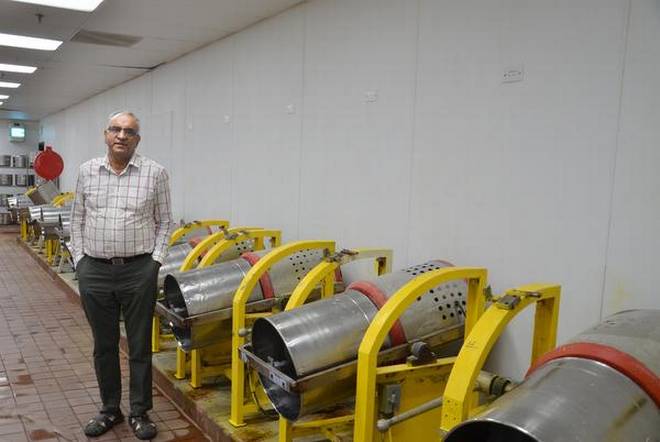 How It All Started

Mr. Mani Krishnan migrated to the US in 1977. He already had a Masters in Accounting and began working for electronic companies in the US. He slowly started detesting the routine that he was getting into and realized that he wanted to do something on his own.

This was when he decided to do export of electronic items to India. Subsequently, this business started to grow and it gained big shot clients such as Wipro, Zenith and HCL.

He later expanded his business in India. However, the economic landscape of the country, back in the late 90s and early 2000s, did not favor his company.

In an interview, Mr.Mani said, “I had 25 offices in India. However, that business went south and I came to a point where I had to re-build my life from scratch. I was in my 40s by then.”

But he still did not want to work for anyone. According to him, “The logic was it’s better to be miserable on your own then to be going and working for someone else and being miserable.”

Also Read: Ever Wonder What Are The 99 Types Of Dosa? ED Tells…

Mr. Mani Krishnan initially started coffee powder business in the US. The idea to sell idli and dosa batter came to life later, in 2003.

At the time, they didn’t study the complete market but served the phase where the rate of Indian nuclear families living in the US was rising rapidly. The idea was to cater to homesick Indians, and Americans who were enamoured by this gluten-free, vegan treat.

In the beginning, Mr. Mani Krishnan would grind the batter using Ultra 1.5 litre grinder and deliver the containers to Indian stores in San Jose. Today, his batter is in 300 stores across the West Coast of the US.

The first batch was delivered in his car. In an interview he remarked, “I envision batter to be distributed the same way we get our milk every day”. As the company grew, they acquired a refrigerated cargo van.

In the initial five years, he faced challenges that went beyond the kitchen, There was a time where import of the two main ingredients, rice and dal, was restricted.

Shastha’s idli and dosa batter is the most popular and fastest-selling product line. Yet, batters like the brown rice dosa, oats dosa, millet dosa, pesarattu also have a high demand.

With the help of his wife Anandhi, Mr. Mani experiments varieties of batter at home, sharing with friends, families and colleague and asking for feedback before going to large production.

Their batter is a combination of rice, urad dal and salt only. They are soon to launch vegetable idli batter in the market.

A Note For Aspiring Entrepreneurs

Mr. Mani’s story is a tale of inspiration. Young entrepreneurs can learn a lot from him. The ability to challenge yourself, take risks, know your customers and do something that you care about are central to his story.

Giving back to the community once you’ve made your dream happen is also equally important. Mr. Mani said that the community and Indian stores have supported his journey and are a part of his success. He also believes in giving back in his own way.

How I Expanded My Dairy Business Across Five Cities