It might be hard to believe but asexuals in the LGBTQ community are oftentimes discriminated and not included in it.

The LGBTQ community has had a hard and difficult time in raising awareness about different types of sexualities, with the gay, lesbian and trans community being the most vocal in making sure that equal rights are given to them.

And that is exactly why it is so alarming to see instances where asexuals, one of the various type of sexualities, are often shunned from the group and not considered to be a part of the community.

Asexuality, for those who are not aware, is a type of sexuality where people do not feel any sexual desire or drive.

Just like a gay, queer, heterosexual, bisexual or another sexuality, being an asexual is as valid as any other.

But that does not mean that asexuals want to live a solitary life, they can form bonds and relationship, even a romantic one just like any other. The only difference is that they don’t want to have sex.

How Are Asexuals Discriminated By LGBT?

While it might not be on an extremely great level, discrimination of sexuals among the LGBT community is not a myth.

It might be surprising, since the community has been fighting for the right to love and be with anyone they want.

However, asexuals are often excluded from the community as some members of LGBT don’t believe they should be a part of it.

This is extremely difficult for asexuals who are now not only turned away by the allosexuals/alloromantics (people who experience normal levels of sexual and romantic attraction) but also the LGBTQ+ community.

And even the asexuals have their entire spectrum of sexuality among them that includes gray-asexuality, demisexuals, and more.

The main reason of contention comes from the idea that asexuals don’t face oppression and thus cannot empathise with either community.

As per a report by Pride, they revealed how there is even a notion that asexuality is not a real sexuality and that the A in LGBTQIA means ‘ally’.

They also showed how in (A)sexual, a 2011 documentary, queer activist Dan Savage even outright mocked the group and their involvement in the Pride parades. He further commented on how ‘not having sex’ is not exactly a sexuality and not attention worthy.

He said that, “[The asexual community] didn’t need to march for that right. Just stay home and do nothing,” and further added how he found the whole thing “hilarious.”

Read More: SexED: Debunking Gray-Asexuality, It’s Not What You Think

The Different Types Of LGBT Flags

There are various different types of flags within the LGBT community that symbolise the wide spectrum of sexualities it consists of it.

The rainbow flag is perhaps the most widely known flag of the LGBT which sort of stands as a common flag for all people within the community. 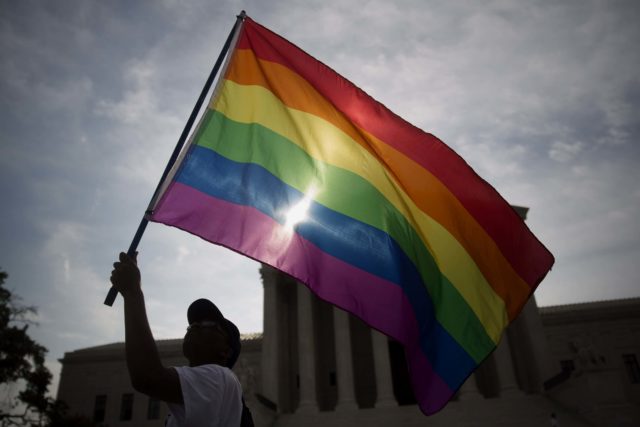 The bisexual flag stands for those people who prefer either male or female as their partner unlike heterosexuals who go for the opposite sex or the homosexual who choose a partner of the same sex.

The flag designed by Michael Page in 1998, has 3 colours, with a broad strip of hot pink and navy blue on top and bottom with a thin strip of purple sandwiched in between. 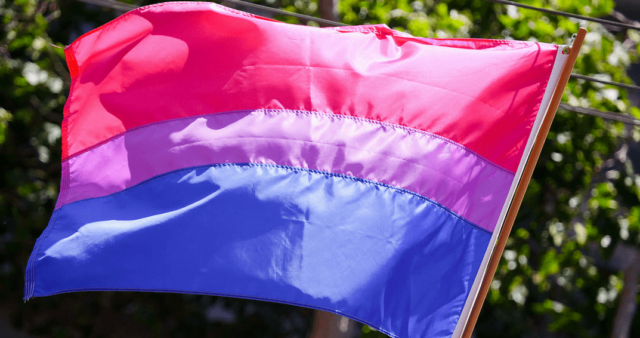 The transgender community usually have several different flags as per their own preference, however, the most common one is the blue-pink and white flag.

An American trans woman Monica Helms in 1999 created the flag and explained the meaning behind the colours as “The stripes at the top and bottom are light blue, the traditional color for baby boys. The stripes next to them are pink, the traditional color for baby girls. The stripe in the middle is white, for those who are transitioning or consider themselves having a neutral or undefined gender.”

The flag came about in mid-2010 and has 3 strips of pink, yellow and blue which stand for women, non-binary and/or gender-nonconforming individuals, and men, respectively.

Pansexual often refer to themselves as gender-blind since they can experience romantic or sexual feelings for any person regardless of gender identity or sex.

The asexual flag was launched in 2010 by AVEN (Asexual Visibility and Education Network) after a survey system.

The flag has 4 strips that go from black (asexuality), grey (grey-area between sexual and asexual), white (sexuality) and purple (community).

I still remember seeing a post on social media where someone included the asexual flag along with the other pride flags and how happy it made the asexual community.

They were genuinely happy to be included along with the rest of the LGBT community and be made part of something and not excluded for once.