Home Entertainment Is Disney’s Lion King Copied From This Japanese Anime Of 1965? One cannot deny that Disney’s early animated movies and a couple of live-action ones act as their crown jewels.

These are the movies that have established Disney’s reputation to what it is today and earned them loads of money till date.

Case in point would be their 1994 Lion King movie which has not only made Disney millions from its animated version, Broadway version but even the live action one that released this year has already made over $1 billion worldwide.

However, all this attention is now once again bringing up the decades old controversy of whether Lion King is as original as it is claimed to be.

Lion King in 1994 was lauded not only because of its cutting edge animation and soundtrack but also for being one of the first original Disney films.

Although the studio did admit to taking some plot lines from Shakespeare’s Hamlet, with, overall the story being pretty original.

All was well until various similarities between this and a Japanese anime series called ‘Kimba: The White Lion’ started to come out.

‘Kimba: the White Lion’ was created by Osamu Tezuka as a Japanese shonen manga series and ran from 1950 to 1954.

The manga was later adapted into an anime series in 1965 and even broadcasted in North America from 1966.

The manga was quite popular worldwide and especially Japan for being their first color animated television series.

However, Disney on their part has consistently denied any copying from the Japanese anime, claiming that none of the team creating Lion King had any knowledge of the show.

The co-director, Robert Minkoff and animator Tom Sito have both denied any plagiarism at different times.

But the similarities between the stories of the two are immense, Kimba a white lion, whose father was killed by hunters for his hide has to fight an evil villain named Claw when he returns back to the jungle.

He eventually defeats him and rules the animals in the jungle with peace and harmony.

Not just that, but Kimba communicating with his dead parents through the sky, a wise mandrill, outcast warthog, comedic bird as his allies (anybody think Rafiki, Pumba and Zazu here?) also created the impression of Lion King having taken heavy inspiration from the Japanese anime.

Tezuka tragically died due to stomach cancer before the release of Lion King. However, hundreds of other animators like Machiko Satonaka and more signed a letter that called out Disney for their actions.

As if all this was not enough, Disney then had the gal to send a cease and desist notice against the screening of Jungle Emperor Leo (the English name given to the anime) at the FantAsia Film Festival in 1998.

Their reason for doing so, as per Julian Grant one of the festival director for the event, was that ‘it was too similar to Lion King’.

Read More: Unpopular Opinion: The Harry Potter Movies Would Have Been Better With Hermione As The Lead

With the release of the 2019 version, people across the net have once again brought up this claim, this time backing it with evidence from both the animated movies.

And the proof is pretty incriminating as several scenes, frames and character looks allegedly have been taken directly from the Japanese anime. 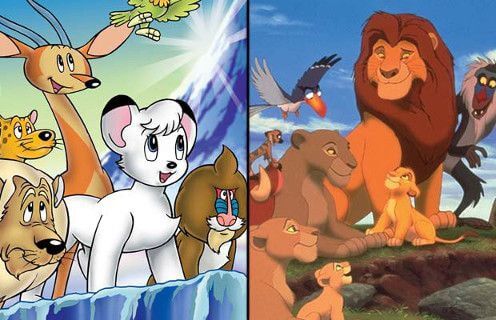 It is also reported that the other Lion King co-director Roger Allers during the 1980s used to work as an animator in Japan. And Kimba: The White Lion anime was one of the biggest shows airing at that time. 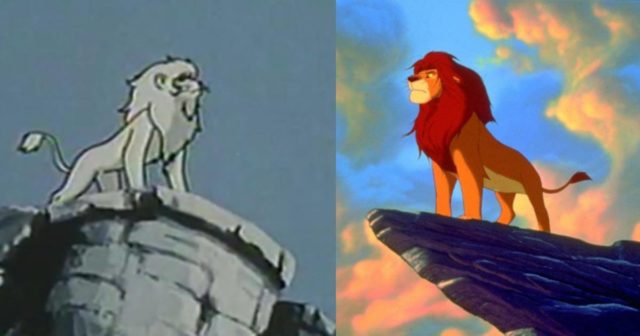 Even Matthew Broderick, who voiced Simba has stated that he initially thought he was voicing for Kimba when he was finalised for the role. He claimed that he used to watch the show when he was a kid. 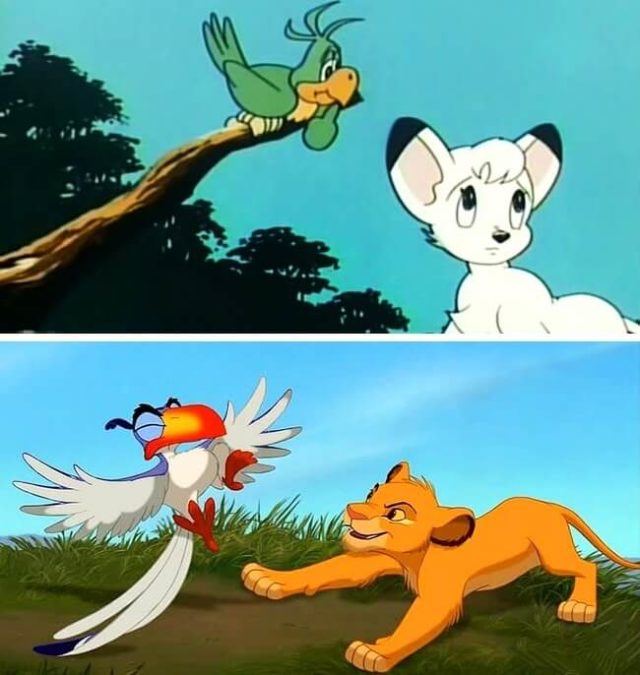 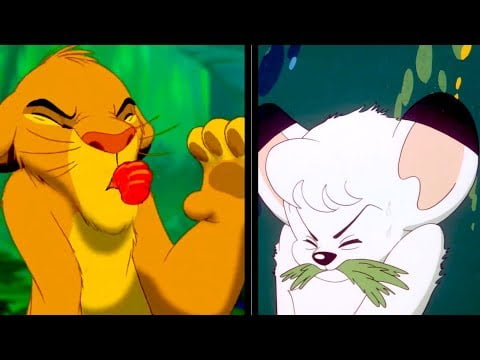 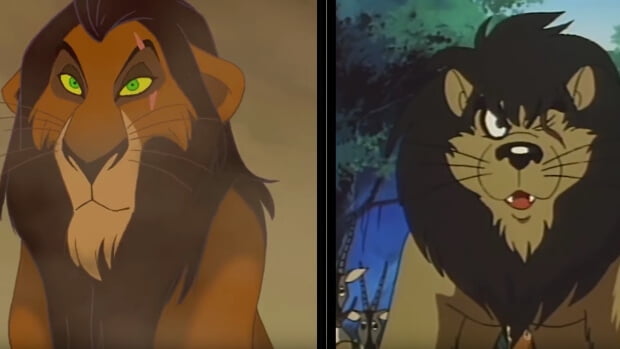 The villain Scar in Lion King was also seen to share many physical similarities with the antagonist Claw in Kimba: The White Lion.

Both of them have brown-ish skin with black mane and a scar over their left eye.

Their motivations are also same, both want to rule the kingdom before being defeated by the protagonist. 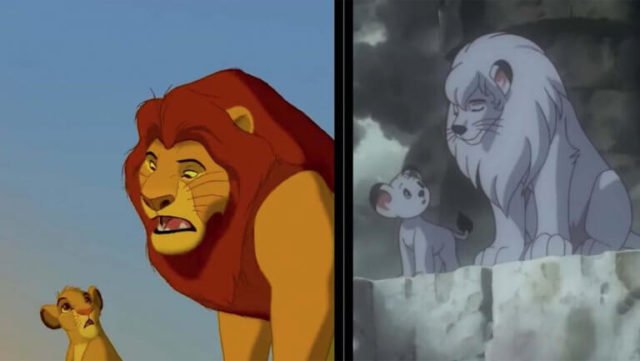 It is sad to see that Disney still won’t give any type of credit to the Japanese animator especially after Tezuka himself had talked of how good Disney was and being inspired by their work while creating Kimba.

Tezuka was also involved in a licensed Japanese manga version of Bambi in 1951.