Ever since the unfair Section 377 which in essence criminalised homosexuality was abolished, the LGBTQ+ community in India has been on a rapid rise.

With the pride month having just ended and a variety of Indian brands participating, showing their support with the community and the LGBTQ+ group also enjoying , another news regarding it has popped up.

As per reports, 2 girls from the Rohaniya region of Uttar Pradesh apparently got married on 3rd July 2019 as per Hindu customs.

The lesbian couple, who allegedly are said to be cousins too, tied the knot at a Shiva temple in Varanasi.

Apparently, this is one of the first same-sex marriage recorded in the history of Varanasi. 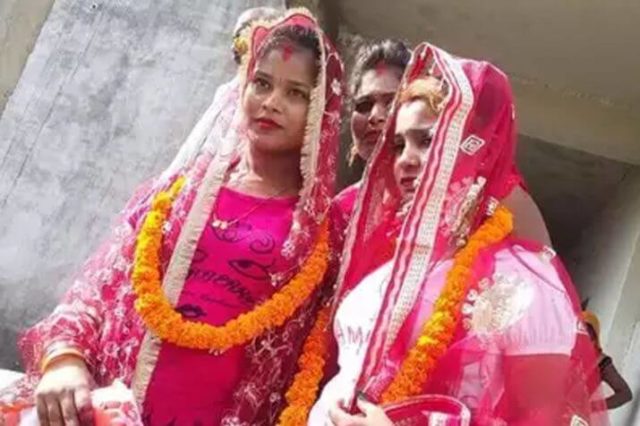 How Did It Happen?

According to reports, one of the girls who is from Kanpur was staying at her cousin’s place to pursue her studies.

It is not known yet exactly how the girls are cousins, whether blood cousins or just name cousins or how their relationship bloomed, but the couple did get married against the wishes or consent of their families. They wore t-shirt and jeans along with a ‘red chunni’ on their head while the marriage ceremony took place.

A large crowd had even gathered around while the ceremony was taking place and some people even condemned the priest for allowing them to get married in the first place.

Allegedly, the priest had first denied them any assistance with the rituals, but the ladies steadfastly stood their ground, even to the extent of staying at the temple grounds until the priest eventually gave in and got them married.

The happy couple later announced their married status on social media by uploading their images.

This is certainly something wonderful to see that LGBTQ+ couples are able to live freely and do something just like the heterosexual couples.

However, the only thing that could be an issue is that while homosexuality is legalised, the Indian law has not yet legalised same-sex marriage.

So although the two girls might have gotten married as per the correct rituals, the legal system might not recognize them.

Read More: This Indian Lesbian Valentine’s Day Ad Is Something I Badly Needed

They Are Not The Only One

Over the course of years, even before the abolishing of Section 377, gay couples across India have been taking the brave step of announcing their commitment and love to each other.

In 2015, Suchandra Das and Sree Mukherjee got married in keeping with full Bengali traditions. 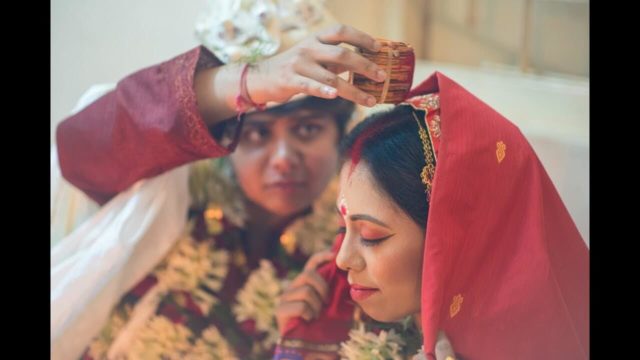 Suchandra a photographer and filmmaker met her partner Sree on Facebook who was then working in real estate.

Their wedding was arranged by a couple of close friends, although Suchandra did come out to her parents who came around to their daughter’s sexuality eventually.

Now her family has accepted her and her partner with open arms and even defend them if any relative or neighbour questions their decision.

The couple now lives in Chennai and hope for a day when they can adopt a child. 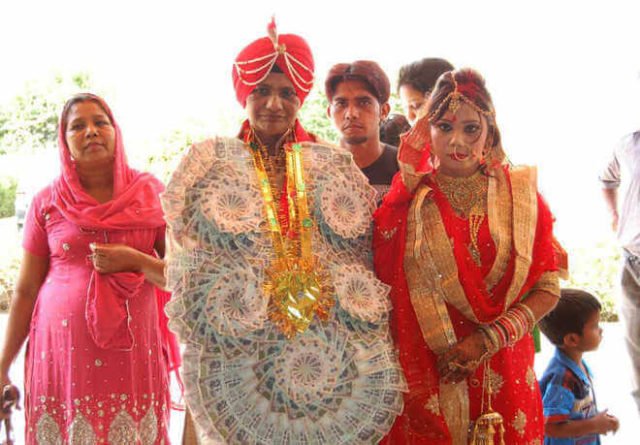 Another story comes from the region of Punjab, where a sub-Inspector got married to her long term partner Seerat in Pucca Bagh, a place near Jalandhar.

The wedding of Manjit Kaur who is a cop and jail warden with the Punjab Police for 30 years was supported by her families and friends.

They got married on April 22nd 2017 and in true Punjabi style the couple rode up to the ceremony in a lavish chariot.

These stories just prove that LGBT+ community will not remain hidden or quiet any longer.

The Indian legal system is very confusing on the legality of same-sex marriage and that needs to be worked out.

Same-sex marriage should be made legal properly so that LGBTQ+ couples don’t have to stay in fear.