It has been almost a month since the Indian government repealed Article 370 in Jammu and Kashmir and the reaction has been immense. While there are many who are in support of the decision there are also those who are extremely against it.

Some protests were held in Kashmir, Delhi and other states with protesters saying that repealing Article 370 was wrong, while accusations of violation of human rights and more were also made.

Pakistan for that matter has been extremely vocal about their disagreement with the decision and shoving aside all their own internal problems are trying to bring focus solely on this Kashmir issue.

However, it seems that a certain line has now been crossed when news came out early today that the Indian High Commission (IHC) in London was vandalised by protesters who were asking for freedom or ‘Azadi’ in Kashmir. 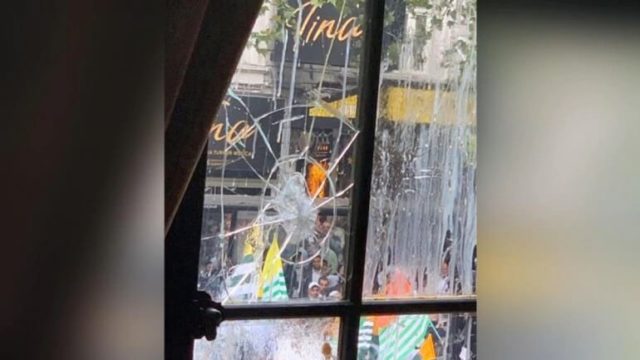 What Was The Protest That Vandalised The IHC?

Pakistani and various groups in Kashmir reportedly have been protesting against the repealing of Article 370 arguing about human rights violation, undemocratic and more.

Pakistan even tried to bring in U.S. and the UN by asking them to intervene in the matter, however, they remained unsuccessful. Most world leaders including US President Donald Trump, UN and more acknowledged that the Kashmir issue was a bilateral one between India and Pakistan and international interference was not needed.

But it seems that some people are demanding that international focus be put on the Kashmir issue which the recent attack at the Indian High Commission in London enforces.

On Tuesday around 10,000 British Pakistanis and Kashmiris came to London and protested in front of the IHC. They caused chaos on the streets of the British capital along with also vandalising the IHC building itself.

Protesters threw items like eggs, shoes, stones, tomatoes and even smoke bombs and bottles at the building that led to several windows getting damaged or broken.

The protest called the ‘Kashmir Freedom March’ had people carrying the Pakistan-Occupied Kashmir (POK) and Khalistan flags while they marched from Parliament Square crossing Downing Street to the High Commission building.

The protesters carried placards that read slogans like ‘Stop shelling in Kashmir’; ‘Time for UN to act on Kashmir’; ‘End the siege’; ‘Stop war crimes’ and also chanted the phrases “Azadi” and “We want freedom.”

There were even some UK Labour MPs who were leading the protest with majority of the people being British Pakistanis or Britishers who came from PoK. According to reports someone even put a PoK flag in the hands of the Mahatma Gandhi statue placed at the Parliament Square in Westminster.

The Metropolitan Police had even received a complaint from the IHC and as per their spokesperson, “Two people were arrested for criminal damage and remain in custody.”

The police even mentioned that they found one of the protesters to be carrying a long dagger.

The Indian High Commission had tweeted about the protest along with a picture of the cracked window that was a result of it.

This incident becomes even more concerning when you realise this is the second time that the IHC has been attacked by protesters in just 2 weeks.

During that incident the London Police had arrested 4 people for creating the ruckus.

Apparently on 15th August protesters had tried to cut short the Independence Day celebrations that were going on in the embassy building.

According to reports the Indian community gathered there for the celebration were hit by protesters that were made up of British Pakistanis, Pakistani Kashmiris, pro-Khalistan.

These people threw stones, eggs, plastic and glass bottles and more at Indians.

British Foreign Secretary Dominic Raab has condemned the attack and stated that “It is absolutely right that any violence is deplorable. It shouldn’t be conducted in this country, or anywhere else for that matter, at any individual communities. What we now need to do is try and reduce those tensions but also, on a positive side, build up confidence building measures to allow proper dialogue between the communities in Kashmir and also between India and Pakistan.” 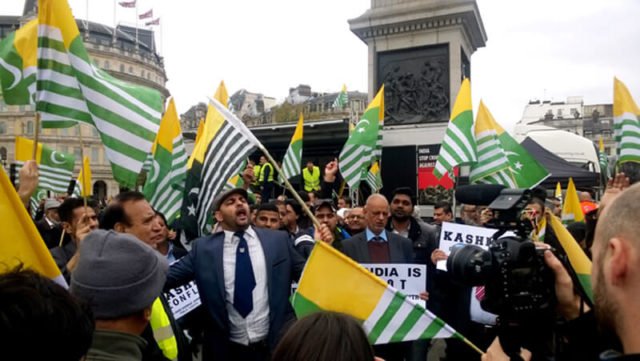 People, especially Indians are extremely angry over this vandalism and unethical way of protesting.

Twitter has been abuzz with activity with the phrase “Indian High Commission” even trending in the Worldwide trends.

If this is what Pakistan means by a peaceful protest on the streets of London, imagine what happens in Kashmir. #WednesdayWisdom #WednesdayMotivation pic.twitter.com/Bhxabc7khQ

Sadiq Khan, London Mayor, has been getting a lot of flak for this incident. In light of this he has even made a statement on Twitter saying, “I utterly condemn this unacceptable behaviour and have raised this incident with the Met Police to take action.”

A mob of radicals cause damages to the building by pelting stones during the attack.

Is this where stone pelters in Kashmir get their training from?

Big question is how can London police allow such a thing .. Are they still enjoying ‘Divide & Rule’ policy #Londonistan #London #Pakistan #Pakistanis #IndianHighCommission

Absolutely unacceptable – this means that none of the Indian origin people in this country are safe anymore. @patel4witham @BorisJohnson this certainly can not be ignored. Our High Commissioner @RuchiGhanashyam & team have been in serious danger of being assaulted today.

What do you think about this protest? Was it right to vandalise the Indian High Commission? Is this really the correct way to protest?