You think of Bollywood the usual people to come to mind are bigwigs like Shah Rukh Khan, Amitabh Bachchan, Salman Khan and Aamir Khan.

But there is another rising star in Bollywood giving hope to audiences that it is not too late for the film industry and that would be Ayushmann Khurrana.

Even before Vicky Kaushal and Rajkummar Rao got recognised for their talent as actors, Ayushmann had started talk about how we need quality actors and quality films.

His debut film Vicky Donor was based on a pretty taboo topic of infertility and sperm donation. However, it was pretty well received by the audience, and Khurrana was definitely noticed.

Although there were a few stumbles here and there with Nautanki Saala, Bewakoofiyaan, and Hawaizaada, the versatile actor landed on his feet after a few years.

Here we take a look at how the millennial actor is much better than any Salman Khan or Aamir Khan even. 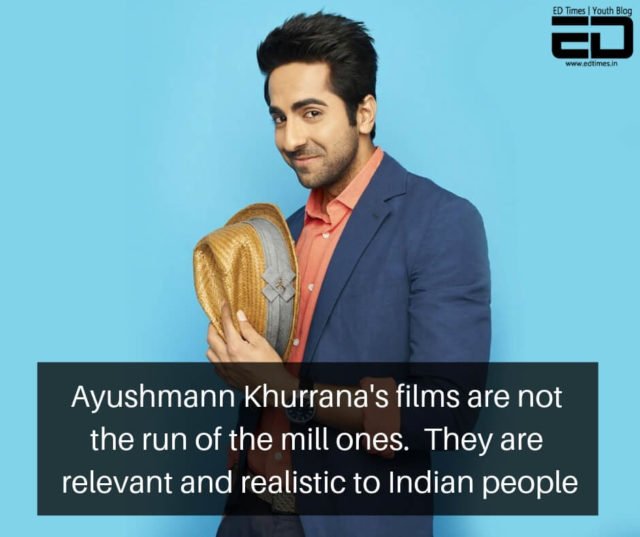 Read More: Lamhe, Inspite Being A Classic, Had A Pretty Problematic Plot For Today’s Times 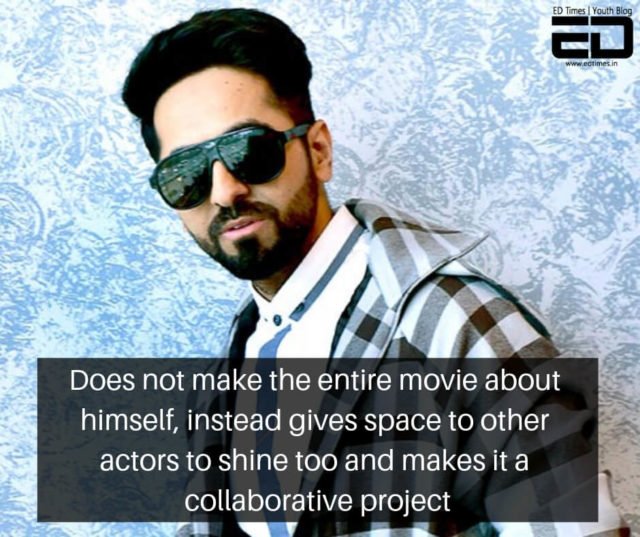 So what do you think? Do you agree with our observation? Let us know in the comments if you agree or disagree.