Home ED Originals In Pics: Top 5 Youngsters Who Are Knocking On The Doors Of... India’s latest win Down Under (Australia) was one to remember for a long time. With the win, Virat Kohli’s men proved that the team is all set to go to England in the bid to win the 3rd World Cup for the country.

With the kind of bench strength that India has, the team looks all set for an era of dominance. First, it was the West Indies in the 80s. Then it was the Aussies in the early 2000s. India’s time does not seem too far away.

It is important to note that while the team is winning series after series, it is doing so with different sets of players. In the past 12 months, the team has handed out debuts to players like Prithvi Shaw, Mayank Agarwal, Vijay Shankar, Khaleel Ahmed, and Hanuma Vihari.

Also Read: Football Will Never Be As Great As Cricket In India – Our Bloggers Fight It Out

Of course, there is a certain set of core players in the team, but at the same time, it is grooming a number of youngsters in the team. This is a sign of a strong team, which is not afraid to try new combinations while continuing to win.

Here’s a look at some of the most exciting youngsters in Indian cricket at the moment: 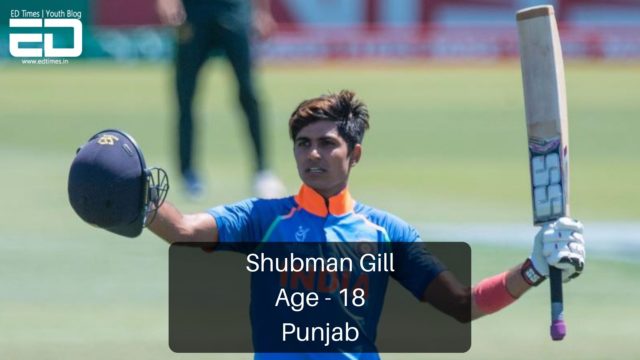 Having scored at an average of 124 in the 2018 U-19 World Cup, Shubman Gill was awarded man of the tournament in New Zealand.

His Ranji Trophy campaign this season was off to a fiery start, with 7 fifties and 3 hundreds, including a score of 268. However, the 18-year old batsman from Punjab is not just about numbers.

His technique is solid, and he keeps things simple. It is this ability of his that has landed him a place in the Indian squad for India’s ongoing tour of New Zealand. 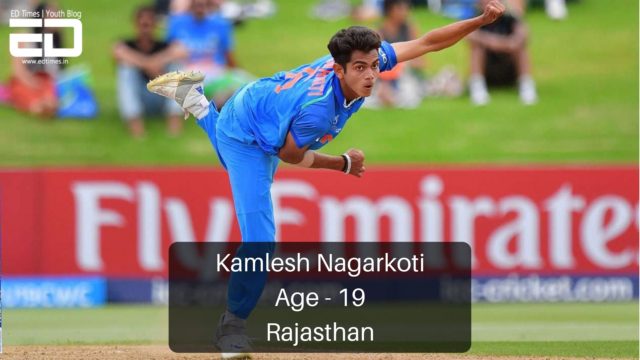 India suddenly seems to be overflowing with talent in the pace bowling department. However, this supremely-talented youngster from Rajasthan might soon break into the Indian team.

With his speed consistently reaching over 145 kmph, Nagarkoti was a star in the 2018 U-19 World Cup for India, taking 9 wickets in the tournament. In his List A debut for Rajasthan, the youngster took the first-ever hattrick for Rajasthan against Gujarat. 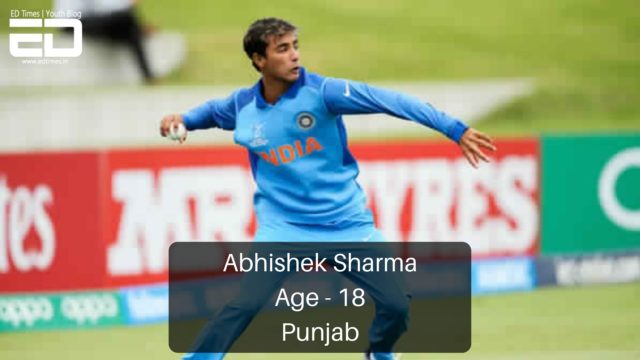 The 18-year old is one of the most exciting prospects in the country, with his all-round abilities proving vital for India in the 2018 U-19 World Cup. The youngster slammed a 19-ball 46 on his IPL debut with Delhi Daredevils.

He made his Ranji Trophy debut at the age of 17 years and scored 94 in the first innings. With India constantly looking for all-rounders to bring balance to the team, it wouldn’t be a surprise to see this Punjabi boy in the Indian team in a few years. 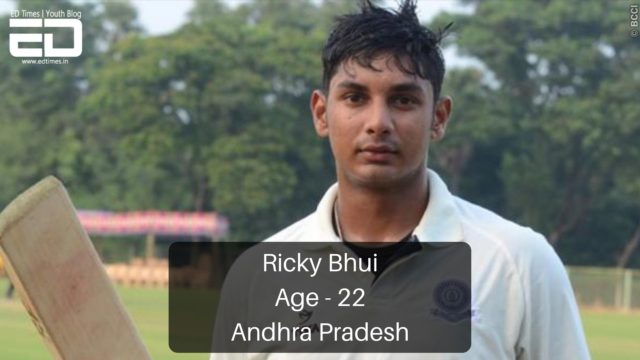 Ricky Bhui formed the backbone of the Andhra Pradesh team along with Hanuma Vihari. The 22-year old has a knack of scoring 100 on debuts, having done it on his List A and T20 debuts.

His under-19 career began with seven consecutive 30-plus scores, including three half-centuries. He averages more than 53 in 50-over domestic games. 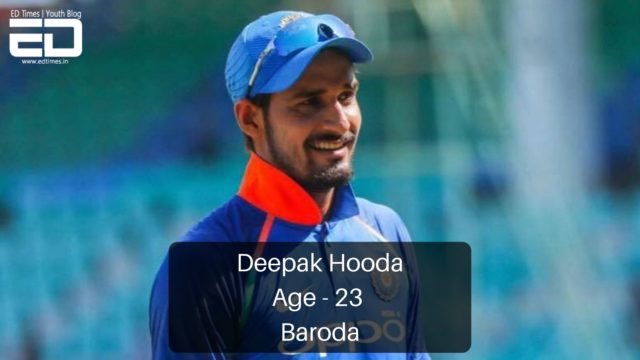 Another young spin-bowling all-rounder in the country, Deepak Hooda has been consistent all throughout his career. He is an explosive middle-order batsman, but the fact that he knows how to build an innings can take him places in his career.

The Rohtak-born cricketer came into the limelight in IPL with his terrific batting performances, helping Rajasthan Royals win matches from tough situations.

Which one of these youngsters looks the most promising to you? Let us know in the comments below.