In the current Indian political scenario, a cow holds a prominent position. With the Hindutva ideology being propagated at a mass scale, it becomes imperative to address issues concerning the relationship between this ideology and the Indian diet.

Recently, many instances of violence have taken place against those who consumed or were associated with the practice of beef eating. Claiming that Hindus do not and should not eat beef, the Hindutva ideology has begun to dictate the personal food habits of people.

Very often, texts and scriptures on Hinduism are cited and quoted to reassert this anti-beef ideology. However, these are mere misrepresentations of the texts which have been twisted in order to feed this propaganda.

Ancient India is dotted with a plethora of instances of beef eating. Texts like the Vedas, Grhyasutras and Smriti literature, all talk of the importance of the cow in the ritual and gastronomic sphere.

Here’s taking a look at the beef eating instances in ancient India: 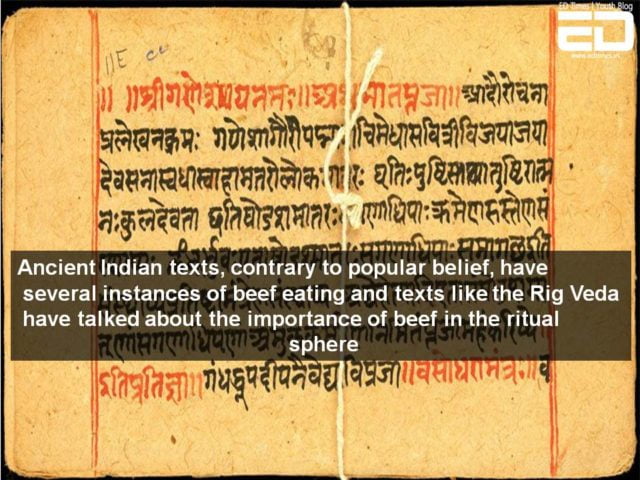 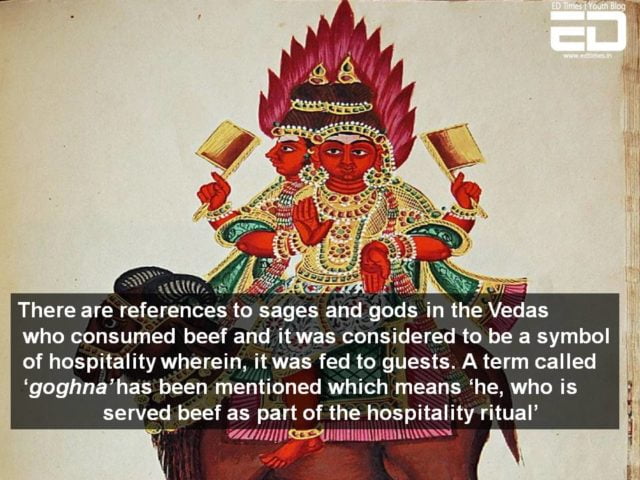 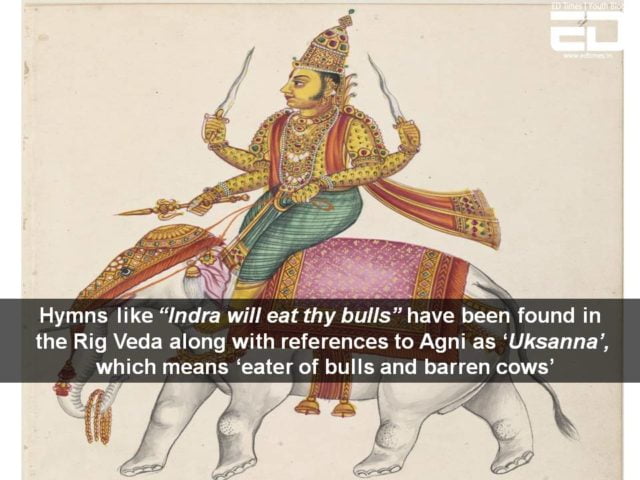 Also Read: In Pics: From A Garment To A Culture: Evolution Of The Saree 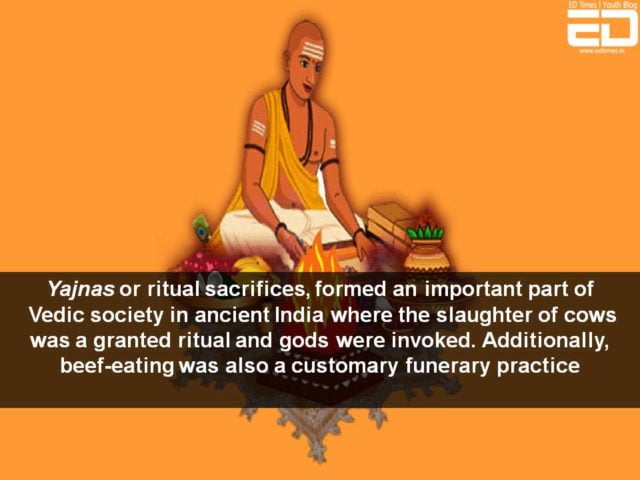 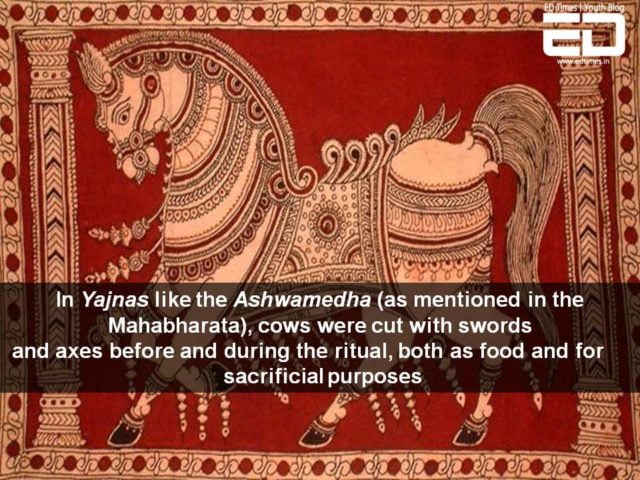 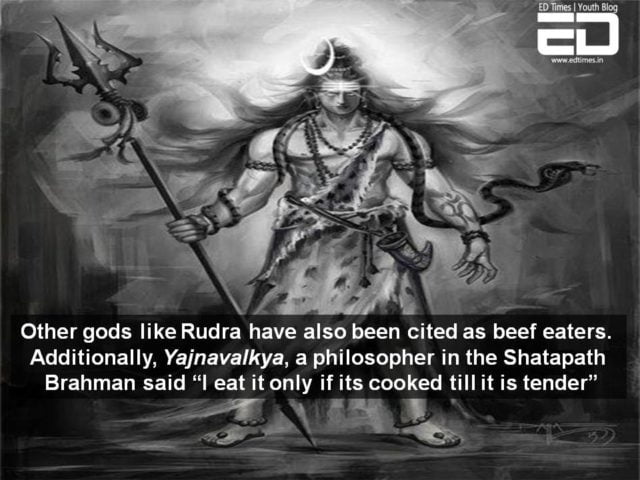