My food haven is not my kitchen, but my refrigerator. I don’t know how to cook food, but I am good at stashing it in the refrigerator. It’s a thrill to strategically place my favorite food item in there so that I don’t have to share it with anyone.

Come to think of it, a lot of people actually make use of a ‘monetary refrigerator’, also known as a shell company, to be as wealthy as they are.  Let’s find out how.

What Is A Shell Company?

A shell company is a dummy company which has financial assets and exists only on paper. It doesn’t render services, hire employees, make products or produce revenue.

It may have a bank account or may hold passive investments or be the registered owner of assets, such as intellectual property.

The company may not have any significant assets or operations but can carry out business transactions. It can also own copyrights and collect royalties. 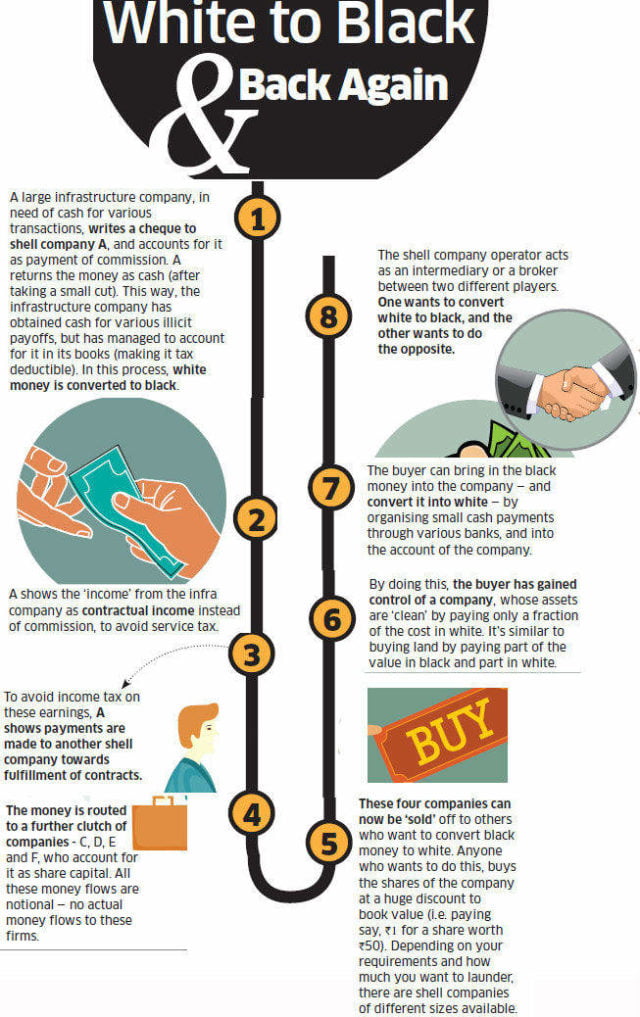 Often companies that want to hide their actual profits buy and sell through shell companies which are based in one of the tax havens like British Virgin Islands, Cayman Islands, Switzerland etc.

Also Read: In Pics: How To Never Go Broke: Basic Finance In Your Twenties

Exchange of money via these shell companies ensures that the initiating company does not have to report its transactions because of the country’s tax laws and hence is successful in avoiding taxes.

A lot of infrastructure companies are the most active in this area as these are required to bribe a large number of people ranging from government officials to politicians to local mafia.

This cash is then used to pay the bribe. The shell company covers its transactions by showing them as payments to other smaller shell companies.

However, other legal reasons to establish a shell company include the following.

Clampdown On Shell Companies In India 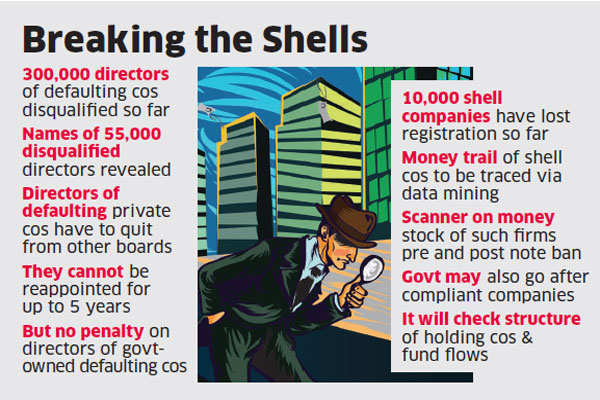 According to the latest data for the last financial year 2017-18 from the corporate affairs ministry, more than 11.89 lakh companies are active in India.

An active company is a company that conducts normal business activities and makes timely statutory filings.

Among those struck off, 103 companies were in the process of being reactivated, according to the ministry.

Tackling of shell companies in India is on full-fledged mode to protect the interests of the investors thereby to ensure the ease of doing business.

Reducing the menace of black money will over time result in higher tax revenue which will not only help the government enhance public spending but will also lower the tax burden on honest taxpayers.

Watch: The Best Finance/Accounting Companies Where A Commerce Graduate Can Intern