Amazon Prime’s latest original, ‘Four More Shots Please’ is a quintessential female-driven show that explicitly challenges the structures of patriarchy within Indian society and at the same time, unknowingly feeds those very structures.

The show itself is definitely revolutionary for Indian audiences. It is held together by four powerful, independent, strong and unapologetic women. It portrays these women as symbols of feminism in urban Indian society. 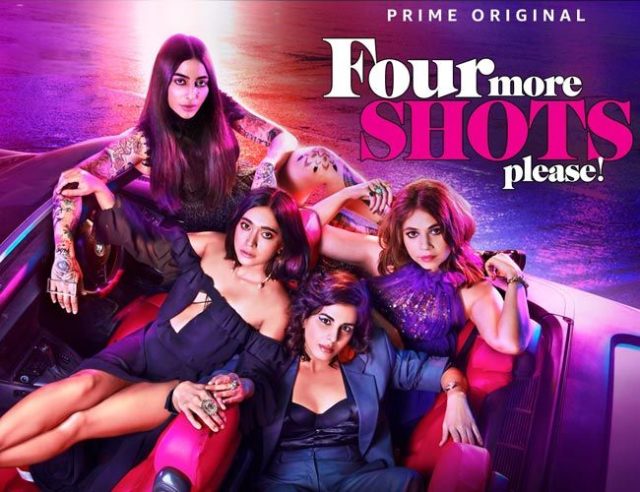 Sex, aggression, social stigmatization and self-acceptance are central to the series.

I binge watched the show in one night. While I was glued to it like anything, throughout the 10 episodes, all I could think of was the striking similarity between FMSP and Sex And The City. To me, Four More Shots Please is the desi version of SATC. 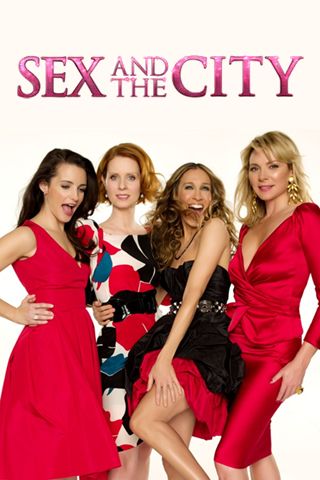 Here’s why I think so:

Much like Sex And The City, this Amazon original is the story of four independent and ambitious women. They are unapologetic, have active, steamy sex lives, careers and things they are passionate about and are constantly dealing with issues.

The fundamental similarity between the two is that sex is an integral part of each of them. The struggles with sex, multiple partners, online dating, dating both men and women are all very much what make the two shows.

The nomenclature of the show indicates that alcohol is intrinsic to the plot. The concept of weekly clubbing and brunch scenes with an emphasis on alcohol is also shared by the two shows.

All four characters played by Bani J, Kirti Kulhari, Sayani Gupta and Maanvi Gagroo are resemblances of the characters of Samantha, Miranda, Carrie and Charlotte, respectively from SATC.

Umang (played by Bani) is independent, sexually experimental as she is bisexual and goal oriented, much like SATC’s Samantha. 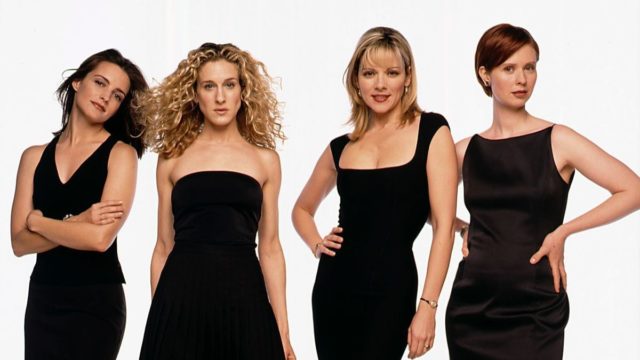 Anjana (played by Kulhari) is a lawyer and is also a single mother who struggles with her ex-husband’s new relationship and begins dating a younger man. Her character resembles Miranda’s character who is also a lawyer, mother and goes through a separation from her husband and finds multiple sexual partners.

Damini (played by Gupta) is a successful businesswoman who has 3 recurring men in her life. She can be equated with Carrie Bradshaw’s character who is a successful freelance writer and struggles with her love life.

Lastly, Siddhi (played by Gagroo) is made to believe by a nag of a mother that her only goal in life is to lose weight and find a husband. She even has a gay best friend.

Charlotte from SATC too primarily focuses on finding herself a husband and is severely driven by the idea of a ‘soul mate’ and has a gay best friend called Anthony. 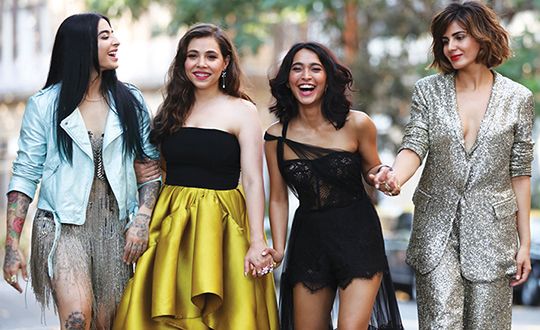 Both FMSP and SATC are set in urban environments. The fast-paced cosmopolitan cities of New York and Bombay, certainly complement each other.

They all belong to a particular class of women who have struggles of their own with quite a few attractive men circling around them. (Cue: Milind Soman, Prateik Babbar, and Ankur Rathee).

The show can also be put into the same bracket as that of Veere Di Wedding. That too dealt with the lives of four independent, sexually liberated and unapologetic women who were constantly struggling to find themselves. With movies and TV shows like these, it is clear that Indian audiences are ready to have SATC as a template to work on.

While I have attempted to highlight the similarities between the two shows, I cannot overlook the fact that Four More Shots Please is indeed a positive step forward for Indian television.

It raises the issue of patriarchy and suppression of women, but at the same time even stigmatizes a certain kind of woman, by perpetuating the normalized ideas around an ideal wife and mother.

LivED It: I Visited Kumbh’19 And The Experience Was Amazing