Piers Morgan, the controversial Good Morning Britain presenter, is not exactly the sharpest person out there.

Over the years, he has said some pretty regressive, controversial and plain idiotic statements. Not that long ago, in 2016, he had mocked India for not winning any Gold medal at the Olympics that year.

He was heavily trolled and given witty comebacks by Indians who were not going to take this laying down.

Recently, he had gone on lengthy rants about Kim Kardashian’s 2019 MET Gala outfit and how ‘t*t’ should not be considered a swear word.

Now, in light of Prince Harry and Meghan’s child being born, the GMB posted a video discussing if the father suffered during childbirth.

In the segment, Piers was pretty skeptical of the level of pain that women go through and was then hooked up to a labour stimulating machine.

This was his reaction:

Why Did He Go Through It?

Prior to the machine being turned on, the 54 year old presenter had stated how he had also suffered when he daughter was born.

With the question of the segment being ‘Do men suffer through childbirth’, Piers was initially commenting on how it’s not all the mother only and that even the father has his own problems during the labour.

However, his tune quickly changed once the machine was turned on and at the ‘zero’ level itself, Piers started to get uncomfortable. 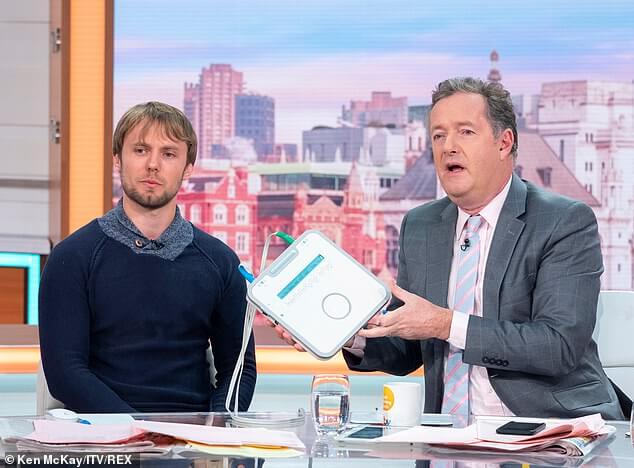 By the time they got to 25-30, Piers was visibly gritting his teeth and trying to calm himself down.

The other women presenters were commenting how this was not even the beginning of childbirth and the woman has to just endure it sitting at home. They cannot go to the hospital, since labour has not yet started.

By the time the level was turned up to 60, which is when the actual childbirth begins as per reports, Piers instantly shouted, “that’s enough”. 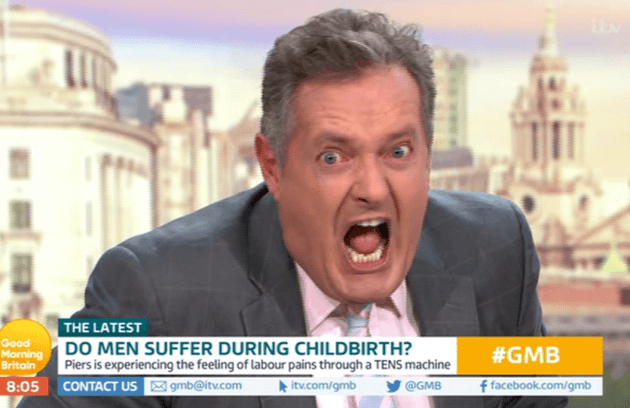 Read More: Are Abortion Laws In India More Progressive Than Other Parts Of The World?

After the machine was turned off, he was prompted to give an apology and he said that, “On balance, the women of Great Britain, I probably owe you a slight apology,” and further added that, “I’m very glad we don’t have to go through this.”

He also said how “that was agony. If that’s what you honestly go through, my respect for women, in terms of childbirth, has gone through the roof.” 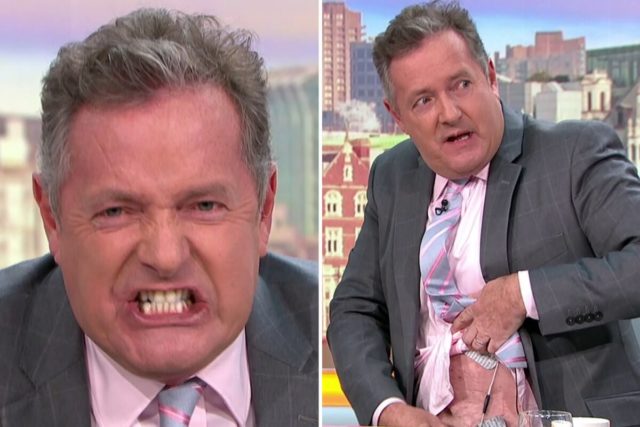