Home Lifestyle For Me As A Millennial, These Are The Most Relevant Tweets On... Delhi CM’s infamous Odd-Even scheme is set to make a comeback in Delhi again post Diwali. Arvind Kejriwal announced on September 13th that Odd-even would be implemented in the capital from November 4 to 15.

Under this scheme, only vehicles with their number plates ending with an odd number will be allowed to move on Delhi’s roads on odd dates, with the same for even number vehicles.

Odd-even has been implemented twice before, first in Jan 2016 and then again in April 2016, in lieu of the alarming heights Delhi’s pollution was achieving. Mr Kejriwal’s aim was to bring down the soaring levels of air pollution by reducing the number of cars on Delhi’s roads.

The scheme received polarizing views from netizens all over the country. Staying true to its past reaction, the internet is again abuzz with criticism and praises alike.

As a millennial living in Delhi, I was obviously scrolling through my Twitter feed to find out what people were saying, and here are the golden nuggets I found: 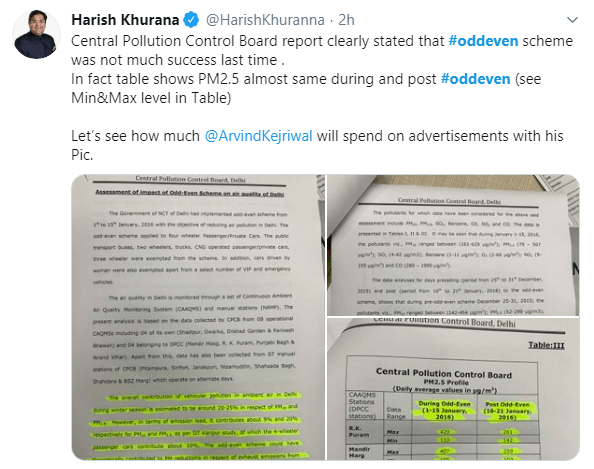 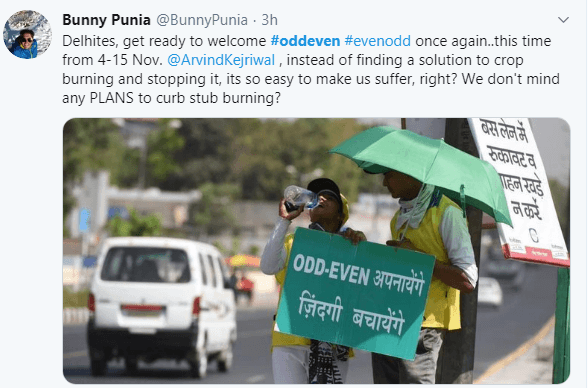 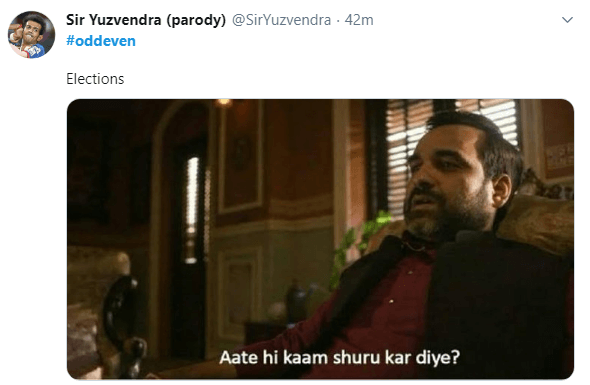 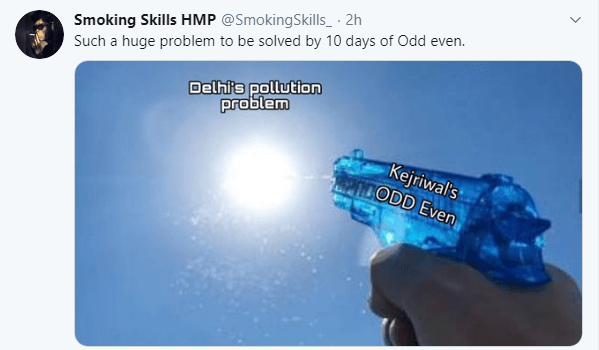 Though shown to be well intentioned, I can’t help but feel that this reintroduction of Odd-Even is nothing but a pre-election gimmick.

Delhi’s air pollution has several contributing factors like on going constructions, crop burning in the neighboring cities of UP and Haryana, excessive pollution from nearby industrial areas, etc.

The need of the hour is to implement something that will not only have a long term effect, but will also show short term improvements that give us Delhiites some respite from the toxic air that we breathe on a daily basis.

Introducing car rationing schemes once a year for a mere 15 day stretch is hardly going to achieve that. If Mr. Kejriwal actually wanted to make an effort, he would’ve introduced an improved version of the previous scheme since it was majorly a failure.