We’re back with FlippED! In our latest edition, we talk about whether the earlier generation of Baby Boomers had to work harder than the current generation of Millennials or was it the other way around. 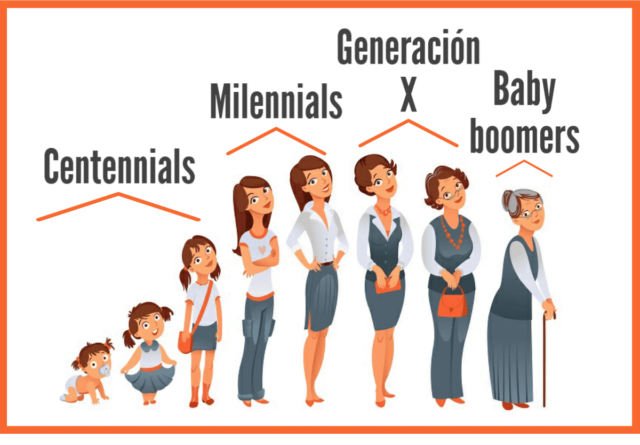 In my opinion, baby boomers had to work harder in life than millennials. It’s not an empty statement- I feel their generation had to make lives for themselves in much harder conditions than we have to face today and with far fewer opportunities. Allow me to elaborate:

Baby boomers are basically our grandparents’ generation. They are referred to as “baby boomers” because they were born after World War I and before or during World War II, which was a time period that saw high fertility rates- to put it simply, people were probably living to the fullest because the war-torn atmosphere did not assure a certain tomorrow.

As children (and even young adults) who lived during World War II and then the Partition in India, life couldn’t have been easy. With so much political unrest, basic things like food were severely rationed, and many people were displaced from their homes. Several baby boomers even lost family members to all the fighting and unrest.

In such an atmosphere, it was difficult to get an uninterrupted education. At that time, good schools and colleges were much fewer in number, and so were the rates of admission. Even those who got an education did not have the privilege of getting an internship or a job immediately after, as many of us do today.

Several people (including my own grandfather and his brothers) enlisted in the Armed Forces immediately after their education and plunged into World War II. It was in this uncertain environment that they had to get married and set up their own homes- we are privileged by contrast, living in times of peace.

Opportunities were also far less in terms of jobs and education, especially for women. To complete school itself was seen as a great thing for many of our grandmothers, and most of them were made to get married at very young ages, whether they wanted to or not.

They didn’t have the freedom to pursue their higher education and seek jobs like many urban millennials- only a select few were allowed this privilege.

It is for all these reasons that I believe that baby boomers had to work harder than us millennials- coming from a time of war, fewer opportunities and more social restrictions than we face today couldn’t have put them in a better position to make their lives easier than us.

Related: FlippED: Mumbai Rains Vs Delhi Pollution: Which Is The Better Catastrophe: Our Bloggers Fight It Out

And now, we move to the other side of the debate:

“NO. We don’t have it easy”
~ Blogger Tanmay Mehra’s perspective

Each generation faces its own unique challenges which are the direct result of the unique circumstances that surround them at that particular point in time. Comparing these challenges on an objective basis is problematic as there is no predefined metric to weigh the perceived “level of difficulty”.

Basically, you cannot consider one challenge greater than the other.

One of the most popular criticisms that Baby Boomers employ to discredit Millennials is their apparent laziness and lack of hard work, which they attribute to the constant use of technology.

Firstly, phones are what radios were back in their day, we are not saying anything about the hours you spent listening to Rafi’s songs thinking about the girl/boy who had ghosted you.

Also, smartphones have opened up a massive job market for people. All the way from social media jobs that exist purely because of phones to the manufacturing and support ecosystem that the demand for phones has created, the jobs and money generated are humongous.

Speaking of education, although a higher number of people complete their education, but now you require more education to get jobs, the problem remains more or less the same.

Given the highly competitive job market, it is more difficult to get jobs today. The jobs that are available and pay well require such a high skill set that it takes a lot of time and money to acquire.

And yet we are constantly bombarded with sly remarks like “Padhta hi rahega ya naukri bhi karega?” or the classic “Itna bada ho gaya, abhi tak padh hi raha hai?”

When we do go out and get jobs early, in come the comments about how low the salary is and how useless we all are.

It is not easy to maintain the same lifestyle that they did straight out of school or college. Income is low and prices are high. According to one report by Time.com, we are making 20% less than the previous generation.

This combined with long hours at work, decreasing number of vacations and a highly demanding 24×7 work culture has led to a highly stressed generation. Baby boomers don’t recognize this and attempt to trivialize it.

The result is a huge amount of stress and anxiety bubbling underneath the surface, leading to ugly outcomes when it does breaks out. Mental issues are dismissed as being excuses made up to justify our perceived “incompetence”.

This has the disastrous effect of forcing us to bury our issues which in turn causes even more damage.

So, in closing, NO. We don’t have it easy. Our problems are valid and challenging as well, just as yours were.