Home Lifestyle Falling Stars Challenge – The Latest Internet Challenge That Is Taking Over... Thought the wave of Kiki challenge is now all settled down and the social media would finally make sense? Oh, how could you? The social media never fails to surprise us.

With challenges like the Tide Pod challenge, the Momo challenge and the Condom Snorting challenge (yes, you read that right) going viral in the recent past, one cannot predict what might just go viral.

For those of you who thought that the Kiki challenge is still trending, let me tell you, it’s not. It is a thing of the past now, as there’s another challenge that is taking over the social media, in particular over Instagram – the Falling Stars challenge.

What Is This ‘Falling Stars Challenge’?

Well, the Falling Stars challenge is the latest challenge that has got everyone talking. It’s much simpler than the Kiki challenge, as it shows people lying on the ground with their face down as if they tripped.

But hey, that’s not about it. Of course. It also involves placing luxury items (or even cash) in a strategic manner to portray that the items fell off their bags. The items may include anything from jewelry and cosmetics to shopping bags and food items. The idea of the challenge is clear – to show off one’s wealth.

The social media is flooded with pictures of people pretending to have ‘fallen’ from their expensive cars, and in some cases, even their private jets or yachts.

If by any chance you’re not as rich as the ‘fallen stars’ (haha) and still wish to try the challenge, fret not, for the internet has something for everyone. There are some variations of this challenge, where the person pretending to have fallen has no possessions to show off, or maybe a student who has just books, or even a goddamn cat – coz why not? 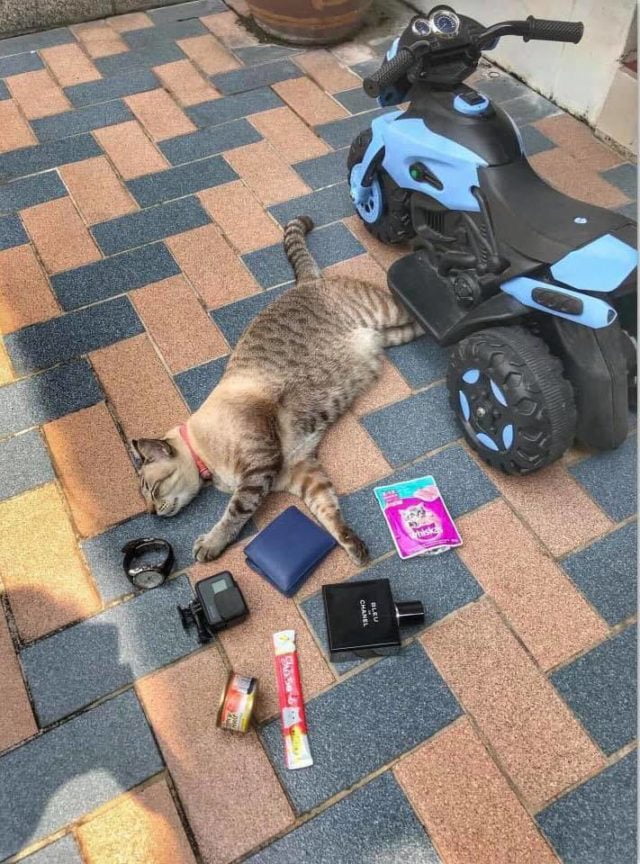 Where Did The Madness Begin?

The ‘Falling Stars’ challenge is said to have originated in Russia, in August earlier this year. Although it is unclear which post exactly started this challenge, one of the earliest posts that became popular under this challenge was that of an Instagram user ramos_catharine.

Over the following months, the hashtag #FallingStars became popular, as more and more Instagram users began to take on the challenge, most of which were wealthy Russians.

According to South China Morning Post, the challenge is literally known as the “flaunt your wealth” challenge in Mandarin. The challenge is beginning to go viral in China as well, with ’rich Chinese millennials’ increasingly taking part in the challenge.

Also Read: After Kiki And Blue Whale Challenge, Momo Challenge Is All Set To Claim Lives Of Unsuspecting People

The Challenge Is Causing Trouble Already

We’ve all heard plenty of stories of how the Kiki challenge caused all sorts of troubles – from being a traffic hindrance to endangering lives, the challenge drew a lot of flak from the wiser community.

You might have thought that the ‘Falling Stars challenge’ seems pretty harmless, what could possibly go wrong? Turns out, it’s already causing trouble.

As per a report by SCMP, two Chinese women stopped their car on a pedestrian crossing in a busy city center to perform the said challenge, causing disruption to traffic. As a result, the two were arrested by the local police and were fined 150 yuan.

Another woman, performing the challenge on a Shanghai pavement by ‘falling’ off her Aston Martin was fined 200 yuan by the city’s traffic police.

The challenge is also being labelled as ‘arrogant’, for it highlights the widening income gap which certainly isn’t desirable. This has led to satirical memes being made, showing broke young people or even little kids displaying their toys.

The challenge, bizarre as it is, is also disgusting to say the least. Imagine being rich (sorry, I did it again) and still lying on the road/pavement/floor with your face down, only to seek attention and/or validation from some fellow social media users.