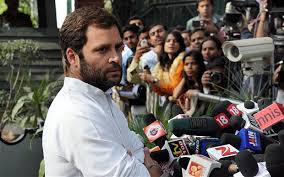 In the real political world of India, 2013 envisages some fresh developments. Narendra Modi’s victory thrice in a row, Sonia Gandhi’s health, question as to whether Rahul Gandhi will lead election campaign in 2014, Akhilesh Yadav moving out of the shadow of his father are just the few issues that will define INDIAN POLITICS in 2013.

The two big national parties-Bhartiya Janta Party (BJP)  and congress are facing some internal problems. On one side while Mamta Banerjee’s withdrawal of support from congress in September 2012 has weaken its power,on the other side the recent brutal gang rape of  23 yr old in the capital city has shattered the image of congress in the eyes of common man. The faith that India’s brave daughter’s fight will not go in vain, is giving rise to anger against congress among common masses. 2G scam and Commonwealth scam has already done the damage. Sonia Gandhi’s health is yet another main issue because if she is unable to lead congress in 2014 elections , it could turn out to be major set back  for already demolished party. The relationship between Mayawati and congress is also important to take into account.

Coming to the BJP side, recent Gujrat election depicts the magical spell of Narendra Modi. People look forward to him as a man who is strong, dynamic,action oriented and brave enough to take hand on decisions. Narendra Modi is going to be a decisive figure. His victory gives new hopes but again there is the disadvantage of internal dispute regarding Mr. Modi. Internal sources say that there is no indication that Modi is planning to move to Delhi. The BJP  is virtually split after former  Karnataka’s CM Yeddyyurappa’s exit.
AAM AADMI PARTY(AAP) launched by Arvind Kejriwal is said to have fare chance to win seats in the capital due to recent developments. In Samajwadi party, Akhilesh Yadav’s move to take responsibility on his own shoulder and move out of his father’s shadow will play a keen role in 2014 elections. 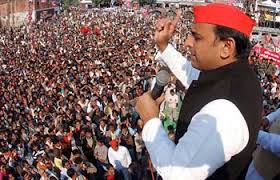 The bigger questions arising here are- whether Narendra Modi will take a step forward and lead elections in 2014, thereby clearing all doubts, whether congress will call for an early election and whether AAP will have any impact. The answer to all these questions lie in 2013. This year will be a year of struggle between Modi and Gandhi to gain control for the general election to be held in May 2014..and the battle has already begun with two leaders- RAHUL GANDHI and NARENDRA MODI.