Internships are an important thing for freshers those either still in college or just graduating.

These internships are what eventually teach us the inner workings of the professional field, expectations of employers and even acclimating us with the industry itself.

That in turn it helps us to form some very important decisions on what we want to do with our career, whether a particular industry we were interested in is even correct for us or not, etc.

However, in all this, while unpaid internships are always a cause of debate they are still very much a big reality for many of us just starting our career.

That is why this piece by Emma Gannon in The Sunday Times caught my attention for the peculiar take it had. 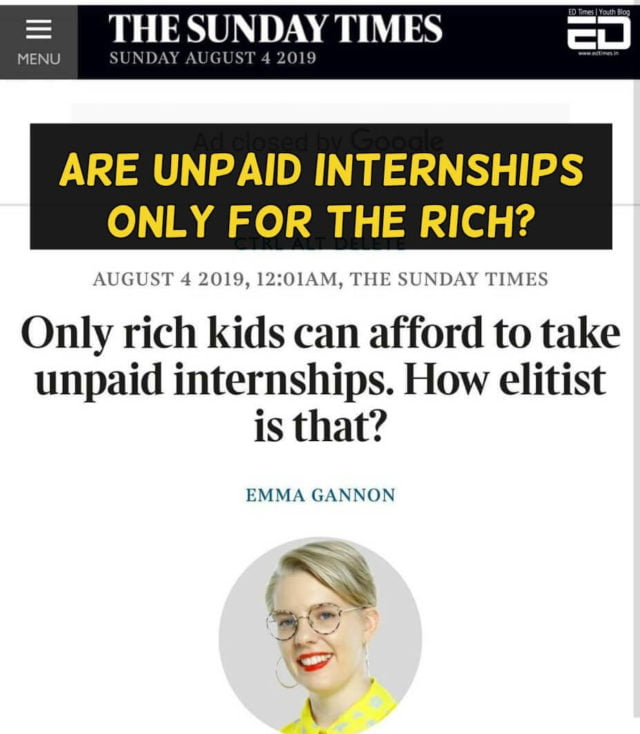 The piece talked about the cruel practice of unpaid internships, how companies misuse those interns and even called for it to be made illegal altogether.

However, it is interesting to note here that according to sources, The Sunday Times themselves uses unpaid interns, contradicting the point made by the author.

Really appreciate @emmagannon shedding light on the shitty injustice of unpaid internships in the media industry, but it's really riled me that it's been published on The Sunday Times. I interned for two weeks there, completely unpaid! https://t.co/HBvpY5p0PO

I did an unpaid 3 week internship at the Sunday Times. It was profound, learnt so much. Couldn't have paid for what I learnt. #TVJALLANGLES

Not only these tweets, but Buzzfeed News writer Mark Di Stefano’s piece had a former Times journalist reveal this information. According to them, when they saw the Sunday Times article they shared it with their other journalist friends.

In a comment to Buzzfeed the journalist stated that “We were just laughing at the hypocrisy,” and further commented that “The Sunday Times certainly uses unpaid interns. Lots of them.”

As an Indian student who has gone through the whole process and done both paid and unpaid internships the whole negativity against the latter does baffle me sometimes.

Especially the idea that they are only valid for the rich people and not for those on a budget.

Emma, the author, is not fully wrong in her statement for argument’s sake.

Rich kids do enjoy a certain degree of privilege in this area where they don’t necessarily have to be concerned with any payment of bills or earning a living.

They also can get their pick of the internships with their parents making a few calls and connecting with some people where they could in some cases be given preferential treatment too.

However, unpaid internships are a reality for people of all backgrounds whether rich or modest. And here are a few reasons why:

One has to admit that the Indian education sector is not only the most difficult to get through but also quite useless in the real world.

Even during the college years, our education hardly teaches us the actual work and life skills that we will need out in the world to survive.

All through our education life we are made to rote things, do nonsensical stuff which will probably not be used even once later on and then just suddenly thrust into the professional sector without any clue on how it runs.

In those times, unpaid internships are actually necessary for any student, regardless of their background. They allow a platform for the student to just observe how it all runs, become comfortable in it, understand the various inner things around it that we had no idea were even important in the first place.

Since it’s an unpaid internship, some companies can also have a slightly relaxed approach, allowing the intern to make mistakes and learn from them.

Irrespective of their financial background, students should take these up and in most cases, the ones on a budget also do, juggling economically but still doing it for the sake of its importance. 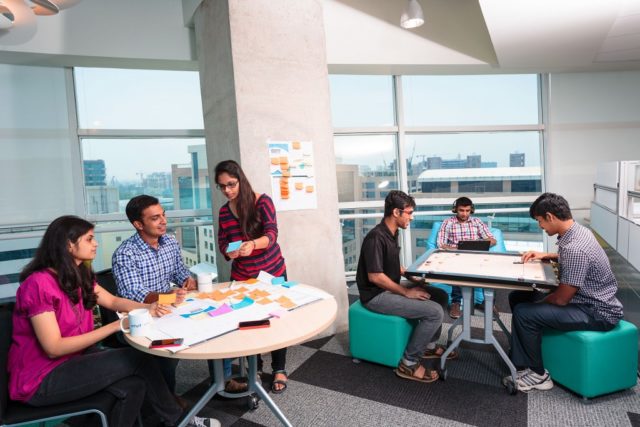 The second point is related to the brands itself that you are interning for. I would understand asking for a paid internship if the company was some small, unknown entity.

However, there are some names that are just too big to pass up on and you know that working there will give a major boost to your resume.

Thinking back to my own experience, I come from a financially stable family, but I always searched for a paid internship so I could contribute to my family and become financially independent.

For my part, I didn’t want to burden my parents with extra expenses and wanted to be able to deal with it on my own.

However, I did do 2-3 unpaid internships since their brand name was just too big. One was for NDTV and another for Penguin Publication that I wanted so much I was willing to offer to pay from my end. Haha.

They also can help to open new doors for freshers that otherwise would have remained closed, as brands build credibility for the intern.

#3. Difficult To Break Into

Thirdly, there are some industries that are genuinely so difficult to break into that without proper network or connection within it, there is no hope for a foot in.

Acting would be a popular one where people literally slog away for years on no to bare minimum payment just to form a good ground base.

Apart from that industries like law, media, engineering, medical are extremely tough and competitive sectors where the student has to do many internships just to get on the job training, a reality check, network, exposure and a foot in the door.

An acquaintance was talking about how while doing an unpaid internship, they had these 2 females who came from extremely hard backgrounds.

Their financial situation was not the best and they had to take extreme pains in order to do that internship… all without getting paid.

However, that opened big doors for them, so much so that one is leading a major news network in India and another is a popular news reporter on a first name basis with big politicians.

In theory, I understand why paid internships are also encouraged because of the kind of pressure it puts on the company itself. With the paid model, they are more responsible with the intern and treat them in a better way.

If they are spending money on a particular intern, they would be wary of misusing them and instead deal with them in a more humane manner.

But overall, I frankly don’t believe that unpaid internships are for the rich kids only. There are some places where the background does not matter, and every person has to slog away as much as the other.