Sacred Games is finally coming back with its second season and the teaser shared by Netflix India is certainly intriguing.

The first offering in the Indian Netflix originals blew away Indian audiences worldwide with how good it was, earning praises from critics and viewers alike, with Nawazuddin Siddiqui’s Mumbai don Ganesh Gaitonde becoming an iconic character in Indian entertainment industry.

The 45 second teaser brings back the known motif that was seen heavily in season 1 and gives a hint that Gaitonde, who was shown to have died in the first episode itself in the last season, giving a voice-over.

As per sources, the only significant change in the creation of the second season is that Vikramaditya Motwane will be handing the reigns to Neeraj Ghaywan for the direction of Sartaj Singh (Saif Ali Khan)’s track.

Anurag Kashyap though will be back to directing Nawazuddin’s Gaitonde with Motwane continuing his role as the show runner. 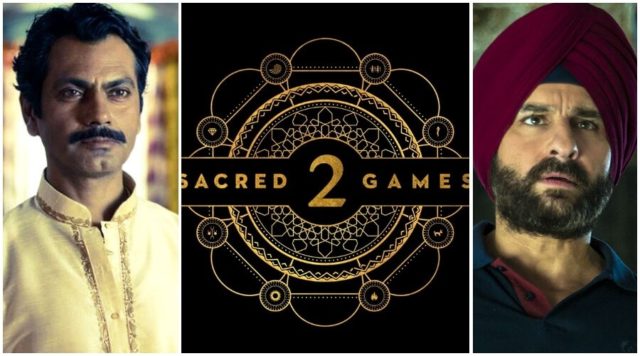 But there were some interesting things we noticed from this small teaser and wanted to take a closer look at it.

#1. A Copy Of Avengers Teaser?

At first watch, the thing that instantly jumped out was how similar the teaser was to the 2013 teaser of Avengers- Age of Ultron that was shown at Comic Con.

From the panning and zooming into the motif of Sacred Games bearing similarity with the close-up looks at the iconic, Iron Man mask and suit, to the main characters saying their signature lines as a voice-over.

In Sacred Games season 2 teaser it was Sartaj Singh saying his line of “What’s going to happen in 25 days?”, Ganesh Gaitonde saying his own and others like RAW agent Anjali Mathur (Radhika Apte), Parulkar (Neeraj Kabi) and others also featuring in it.

The whole thing was ultimately panning out to the actual thing, which in the Avengers teaser was the Ultron mask and here it was the mandala spinning and finally transforming into the Sacred Games logo.

Sacred Games also slightly gives me Narcos feel, another quite popular Netflix original series, that was based on the story of famous Colombian drug-king Pablo Escobar.

The show, however, was centered around Escobar and how he became a billionaire druglord. It showed his family life, interactions with other drug lords as well as the Drug Enforcement Administration (DEA) agents and enemies that he had.

Sacred Games, while having an entirely different storyline, where we saw Singh getting a cryptic call from Gaitonde and having only 25 days to save Mumbai city and Gaitonde’s life being shown in flashbacks, did have certain Narcos vibes that I as a viewer felt.

Certainly, one can safely assume that Sacred Games is going to be Netflix India’s claim to fame for giving out a well-though-out series, which probably is going to be super successful for them.

Read More: Watch: Netflix Has A List Of Great Shows Lined Up For Indians After The Success Of Sacred Games 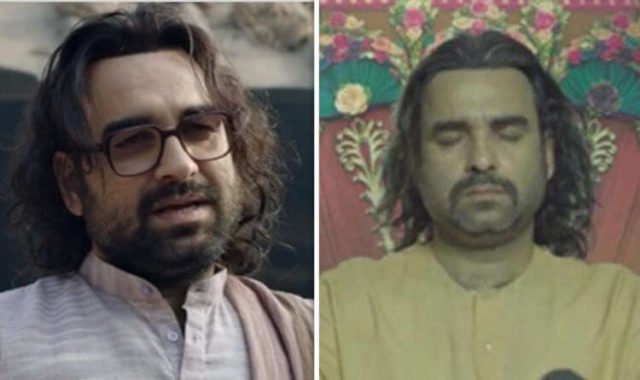 A lot of rumours are going around that Pankaj Tripathi, who played an eccentric and charismatic godman called Guruji, will be having a more prominent role this coming season.

The first season ended with about 14 days of the given 25 days left and even going with the novel by Vikram Chandra that the show is based on, a lot of the matter from it has not yet been explored.

One of them would definitely be the third father of Gaitonde, who was revealed to be Guruji.

Gaitonde’s 3 fathers were introduced in the show till now, Trivedi being one of them, but it was Tripathi’s Guruji that intrigued audiences. We didn’t really get to know much about him till yet, but the second season can be a good one to feature him as an important character.

A very interesting theory by a Reddit user about the ending of Sacred Games season 1 and what role Guruji might have played in that, would be:

First of all I want to say this is an amazing show. I mean top knot he writing.

Im a little confused about the last scene as it relates to Trivedi’s fate.

I know most people here think Trivedi is dead. However if this is the case why is there water, a gas mask, what seems to be packaged food, and an air supply line coming into the locked off room?

Also there as a close up shot on a yellow instrument labeled “Geiger counter”. I looked it up and it’s used to measure radiation. There also appears to be some sort of radio to the left of the Geiger Counter (however I’m not too sure that’s really what it is). For these reasons I don’t believe Trivedi is dead. I believe Trivedi is still alive and is heavily sedated. Also, although there was blood, I think this was probably from blunt force trauma and I didn’t see anything that resembles a bullet hole.

That being said I think Trivedi is supposed to wake up after the “event” and wait out the radiation, then eventually come out of the bunker.

My question is, if Trivedi is alive, what’s his purpose after he gets out of the bunker?

Edit: now that I think about it, is it possible that Guruji originally planned for Gaitonde to be the one to leave the bunker as some sort of god figure (he’s called himself a god numerous times) after the shit storm blows over? And Gaitonde flipped the script as some sort of “fuck you” to his “traitors” and put Trivedi In the bunker instead?

Back in July, Pankaj Tripathi also revealed that his character will be more in focus for the second season and said that, “Guruji is a larger-than-life part and will become the most sought-after character in the series. My character becomes as big as Gaitonde.”

The whole relationship between Gaitonde and Guruji is extremely interesting and can be really explored in the coming season.

Watch: The Similarities In Sacred Games And Game Of Thrones