With 2019 Lok Sabha elections knocking at the door, the terrible ear-ache that one can get after hearing fancy words such as “Left And Right” repeatedly used in the news debates form the central theme of the Indian politics.

The Origin Of Left And Right-Wing Politics

During the French Revolution in the 18th century, the French king decided to increase the tax on all the peasants which comprised 97 percent of the population.

As there were riots and food shortages in the country, King Louis XVI called for a meeting of the representatives of the three classes of France-the clergy, the nobility and the rest.

Those who sat to the King’s left wanted a fundamental change in the way France was governed and they became the traditional Leftists or the agents of change.

While the ones who wanted to remain under the monarchy sat to the king’s right and formed the traditional Rightists. 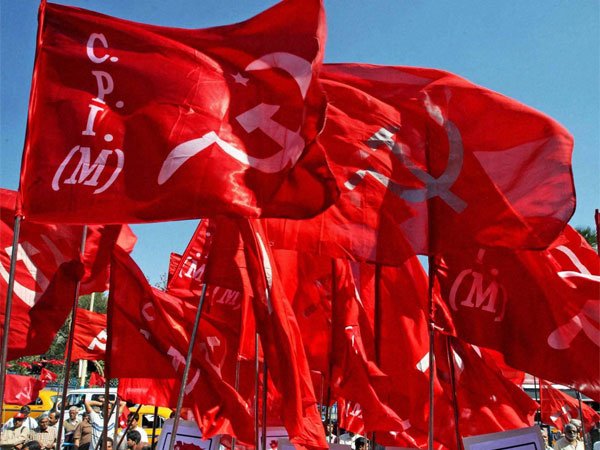 Leftist Ideologies In The Context Of Indian Politics

The main leftist ideologies shaping up the school of thought run by parties on the Left comprise of the following:

The Communist Party of India, the Communist Party Of India (Marxist) and the All India Trinamool Congress (TMC) headed by the current chief minister of West Bengal, Mamata Banerjee falls on this side of the spectrum.

How The Left Originated In India?

When Jawaharlal Nehru had first visited Russia, he was shaken by the historic revolution of socialism that established that the real power lay in the hands of common people who could overthrow their exploiters by rising up against them.

Greatly influenced by the works of Marx and Lenin, Nehru strove to find a solution to the struggles of his colonized motherland.

When Indians were getting acquainted with the Gandhian philosophy of peaceful confrontation by the second decade of the twentieth century, there was the appeal of Marxist ideology among a group of people who were looking for an alternative, especially among the aggressive nationalists.

The Marxist ideology preached the use of sheer force by the working class against their well-off exploiters, striking chords with revolutionary leaders like Bhagat Singh who has been noted to have studied in detail the life of Lenin and the Communist Manifesto during his time in prison.

Meanwhile, Periyar in the South had started the Dravida Kazhagham after having drawn inspiration from the Russian revolution using the Communist method to the cause of the lower caste in India.

But the CPI in India was founded by MN Roy who is believed to have been mentored personally by Lenin in India, preparing Indian soil against the foreign colonizers.

You Can Also Read: Does Being Religious Mean You Can’t Be Logical?

The Birth Of Leftist Parties In India

MN Roy’s CPI and its later spin-offs became the face of Left politics in India with CPI focusing on mobilizing peasants and workers towards a revolutionary cause.

When Gandhiji launched the Quit India Movement against the British in the 1940s, the Soviet Union wanted the CPI to support the British army against Fascism which led to the CPI withdrawing from the freedom struggle leading to India’s independence.

The party made its ideological impact post-independence by forming armed struggles against the princely rulers of India such as the Nizam of Hyderabad.

It felt the need to embrace parliamentary politics by the end of 1952 instead of occupying the space of governance for their agrarian and trade union movements.

After the party emerged as a viable opponent against the Congress, the party experienced its first-ever electoral success in the state of Kerala in the 1957 Legislative Assembly elections.

The party gained a footing in Tripura and West Bengal later after a span of two decades.

The Conflict In Left Politics

There were international conditions affecting Communism globally and the ripples were felt in India too. The Soviet Union and China had their different ideologies concerning the implications of Left politics with the Chinese, led by Mao Zedong, denouncing the Russians for leaning towards the West instead of leading to an armed struggle.

The political soil of India was also impacted by the ideological conflict especially during the Indo-China war of 1962 with one side backing Nehru and the other radically opposed to aggression towards China.

The internal split within CPI manifested in the form of CPI (Marxist) that had a leaning towards China outweighing the CPI in parliamentary politics.

There was another dissent within the CPI-M in 1969 with a faction of radicals lead by Charu Mazumdar attempting to replicate a Chinese revolution by leading violent attacks at Naxalbari in North Bengal.

Although the movement was crushed by CPI-M who came down upon it accusing it to have been polluted by Mao’s ideology instead of following what India stood for, there was no denying that Charu Mazumdar ignited a revolution leading to the Maoist movement in the country.

The Future of Left Parties In India

Despite the recurring splits, the Left still has a major influence in the three states of Kerala, West Bengal, and Tripura.

In Kerala, the Left Front has a successful presence although they have been pitted against the Congress party while deciding the policy at the Centre. In West Bengal, the CPI-M held on to power for three decades under Jyoti Basu’s leadership after it was elected to power in 1977.

The state of Tripura was governed by CPI-M until it was overthrown by BJP last year. With respect to the present situation, Kerala is the only state with Leftist parties in power.

They Say You’re A ‘Snowflake Millennial’ If You’re Easily Triggered Or Offended: Is That True?